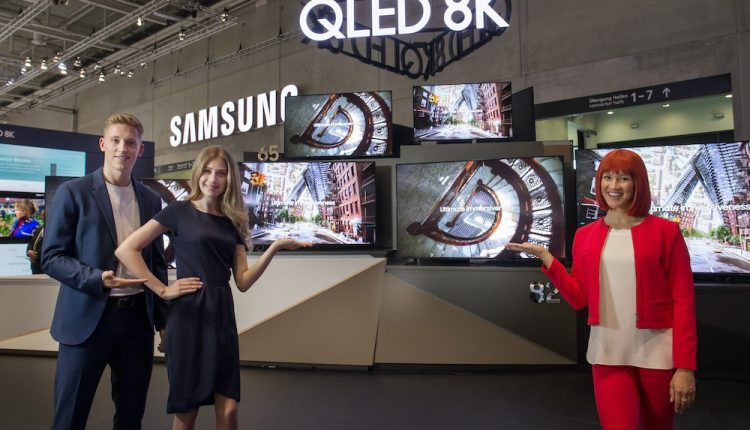 Samsung has kicked off its 50th birthday celebrations at the IFA tech trade show in Berlin with an all-new addition to its impressive 8K QLED line-up.

“Samsung will continue to build the legacy of the company and bring life-changing innovations to our customers.”

That line-up has been expanded even further to now include a 55-inch model to sit alongside the larger models in the range.

Each Samsung 8K TV is powered by the Quantum Processor 8K which can recognise and upscale lower resolution content.

The Samsung 55-inch 8K QLED TV will go on sale this month and provide customers with even more detail in a size that will fit more easily in their homes.

Customers with an 8K TV will be able to enjoy the upcoming Rugby World Cup and the 2020 Tokyo Olympics which will be broadcast in stunning 8K.

Samsung is also the only TV brand which includes the Apple TV app so customers can stream  movies and TV shows and also access their existing iTunes library.

Samsung also said the Apple TV app will also be where customers can access Apple’s upcoming Apple TV+ streaming service which will kick within the next two months.