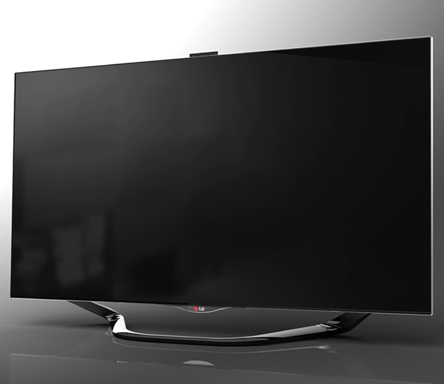 LG got the ball rolling at the 2013 International Consumer Electronics Show with a promise to “touch the smart life” with an innovative range of new products for the entire home.

LG’s focus will be on offering customers real connectivity in the home in a way that is simple, intuitive and enjoyable.

From the new smart TVs in the lounge room to the smart refrigerator and smart oven in the kitchen across to the smart washing machine and robot vacuum cleaner, LG is making all of these products wirelessly accessible from its new Optimus smartphones.

Another way this link will be enabled is through a “one touch” connection which utilises NFC (near field communication) technology to transfer content and execute commands.

With the LG smart TVs, it will be possible to stream content from your smartphone to the TV.

The Magic Remote has also been revamped and makes it easier to control the TV and access online content.

Users can simply write the number of the channel they want to watch in the air with the Magic Remote to change to that station.

And new gesture controls means people don’t have to tire themselves out waving their arms in the air. The new LG smart TV range will be able to point and click with just a finger.

There is also Voice Mate which responds to plain English commands instead of pre-programmed phrases with the microphone located in the remote rather than across the room on the TV.

LG’s Ultra High Definition television family has also grown. The 84-inch model introduced in late 2012 will be joined with a 55-inch and 65-inch model and still boast the same resolution which is four times that of full high definition TV.

LG’s OLED (organic light emitting diode) TV, which is actually thinner than a pencil, will go on sale in Australia in the coming months.

In the US the suggested retail price will be $US12,000. Pricing and availability for Australia has not been officially announced.

A surprising new product was the Laser TV – a short throw projector that can create a 100-inch picture from just 56cm away.

The product comes with a projector screen and speakers and allows user to have a large picture without any cables on or near the wall.

In the kitchen you can check to see what’s in the LG refrigerator by touching your smart phone to the device.

Users can also download recipes and instructions and transfer them to the LG oven so it can automatically control cooking times and temperatures.

In the laundry, users can see how long before the wash cycles finish on their smartphone screen.

The new 3D Blu-ray players will also incorporate some new technology including Private Sound Mode which can stream the sound of the movie to a smartphone for personal listening.