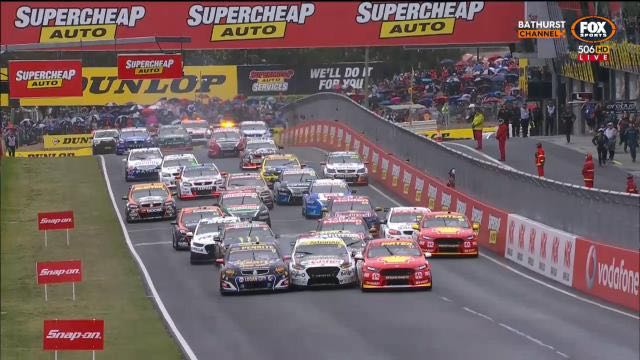 Foxtel will broadcast the Bathurst 1000 in 4K ultra high definition

Foxtel will kick off its coverage of sport in 4K with the Supercheap Auto Bathurst 1000 so it can be viewed and enjoyed by motorsport fans like never before.

Foxtel launches its 4K channel in October and will create Australian television history by broadcasting the iconic race in 4K ultra high definition.

The Sandown 500 last weekend was used as a test event ahead of the Bathurst 4K coverage which will be entirely ad-free during the actual race.

“We did a full test at Sandown last week and the pictures leapt off the screen in 4K, it was amazing – we are ready to go for Bathurst,” says Foxtel CEO Patrick Delany.

“It’s fitting that we will ring in a new era in Australian television with an event as big as the action at Mount Panorama.”

The race can be seen on channel 444, Foxtel new 4K channel, on Sunday October 7.

The 4K channel launches only a few days earlier on October 3 and is part of the Foxtel Platinum HD or Foxtel Sports HD subscription for subscribers with the new iQ4 box.

The 4K channel will showcase a variety of content including sport, documentaries, movies and more.

Later this year, on November 4, Foxtel will also debut cricket in 4K with the Australia v South Africa ODI.

And in 2019, Foxtel has confirmed it will also broadcast selected live NRL matches in 4K ultra high definition.