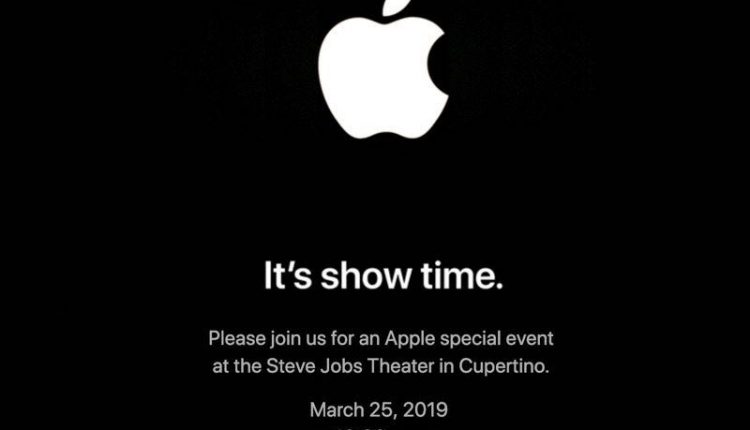 Apple today confirmed it will be hosting a special launch event on March 25 when the company is rumoured to unveil a new streaming service which will take on Netflix.

It will be held at the Steve Jobs Theatre on the Apple Park campus at 10am (4am March 26 Sydney time).

The invitation says “It’s show time” which strongly supports the streaming service rumours and all but confirms the event will be all about services and not hardware products.

The Apple TV service might not be kicking off for months but there has been news of original content being produced to release on the platform.

Stars who are rumoured to be involved, including Reese Witherspoon, Jennifer Aniston, Jennifer Garner and Steve Carrell, have also apparently received invitations to the launch and will likely appear onstage with Apple CEO Tim Cook.

There are also reports Apple will also use the event to launch an Apple News service which will make available paid subscriptions for unlimited access to magazines and paywalled content from some newspaper sites.

Like Apple was the go between for customers and music with iTunes, it is positioning itself in the same way with publications and other online content with Apple News.

Some products are due to be updated in this March window including a new iPad Mini, the AirPower charging mate and the AirPods 2 but it is unlikely they will be given any stage time.

Apple will be livestreaming the “It’s show time” event on its website and through Apple TV.