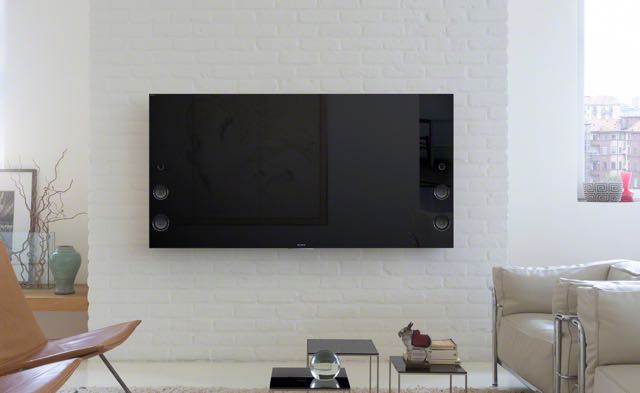 Sony has launched a range of new products for the modern home including the latest Bravia 4K Ultra HD TVs and impressive audio systems to hear your music how and where you want in high quality.

The new flagship Bravia TVs – the X9000C and X9100C – have a head-turning ultra thin design – the thinnest Sony has ever produced.

At its thinnest point these new TVs are even thinner than your smartphone.

Below the surface, the new Sony 4K TVs include the new X1 processor that can deliver enhanced clarity, colour and contrast.

And when combined with the 4K X-Reality Pro and the Triluminos display, the result is the best possible image quality.

But the newest addition to the Sony Bravia line-up is the latest Android TV operating system which makes it even easier to stream video and music as well as download games.

And in the same way you’ve use Google on your smartphone, Bravia users can also make voice searches and tap into features like Google Cast to stream content from mobile devices to the TV.

These TVs will be available in August and pricing will be announced then.

These full HD models still have a slim design and include the X Reality Pro processor and the Android TV operating system.

On the audio front Sony has announced a wide line-up of products to allow customers to enjoy their music around their home in a number of ways.

These include wireless speakers, soundbars and AV (audio/video) receivers that support Hi-Res audio.

Onboard they have Bluetooth, wi-fi and NFC (near field communication) for instant pairing and Google Cast.

They are powered through Sony’s new SongPal app that gives you access to your own music and your favourite subscription audio streaming services.

The SRS-X77 ($499) is the portable version of the wireless speakers so you can take it anywhere.
SOUNDBARS

If you want to enhance the audio quality of your television the Sony HT-NT3 ($899) soundbar can certainly do the job.

Sony has also released the HT-XT3 ($799) which is a sound base placed beneath any Sony Bravia up to 65-inches in size.

They also have built-in wi-fi connectivity, AirPlay, Bluetooth along with Google Cast and Spotify Connect so they can also be part of your home’s wireless audio set-up.