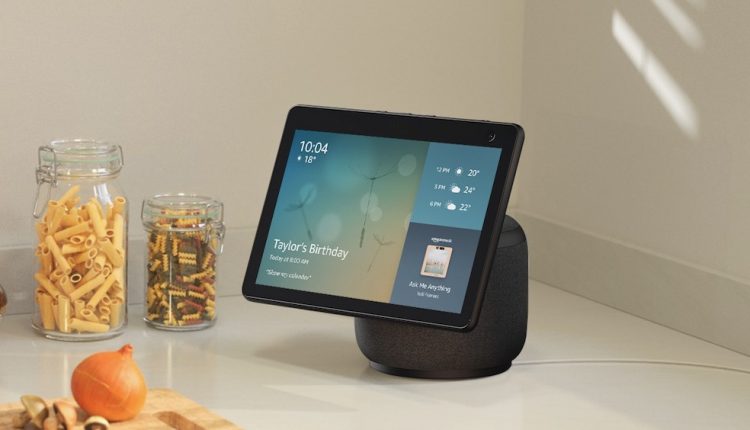 Amazon has introduced a range of new Echo smart speakers which are even more useful at home and a Fire TV Stick that will open up a whole world of streaming options on any TV.

The new products have fresh new designs as well as a number of added features that open up intelligent and engaging features.

“These are the best Echo devices we have ever made,” said Kate Burleigh, Country Manager for Alexa and Devices, Australia and New Zealand.

“Echo and Echo Dot look beautiful and sound even better, and Echo Show 10 completely reimagines Alexa with a screen—simply move around and the display stays in view. It’s as natural as having a conversation.

“Plus, Alexa continues to get smarter—just ask to watch Netflix, make group calls, upgrade your smart home, and much more.” 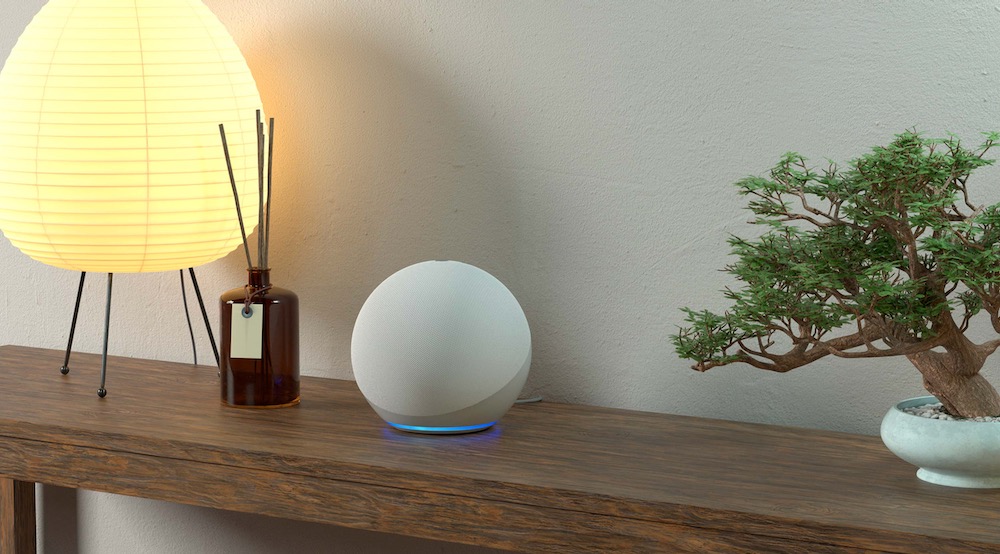 The latest Echo smart speaker has striking spherical design and combines the best of Echo and Echo Plus in a single device.

It has a fabric finish and a bright LED light ring at the base of the sphere which reflects off surfaces for easier visibility.

And not only does the new product look different, it also has improved audio quality thanks to a 3-inch woofer, dual-firing tweeters and Dolby processing for impressive stereo sound.

The device can even sense the acoustics of your room and optimise the playback.

Also on board for the first time is a built-in smart home hub with support for Zigbee and Bluetooth connectivity. 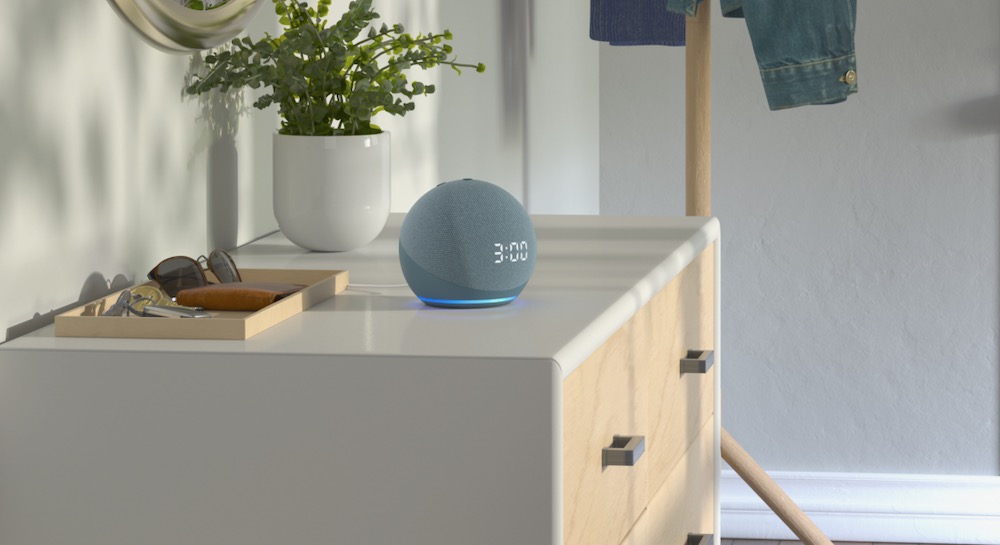 Echo Dot has been one of the most popular smart speakers on the market and it has also been redesigned with the same spherical design and fabric finish as Echo.

It’s about the size of a cricket ball and includes a powerful 1.6-inch front firing speaker for a full sound that can be enjoyed in any room of your house.

Echo Dot with Clock includes the same features but also adds a simple LED display so you can tell the time at a glance and also view temperature, timers and alarms. 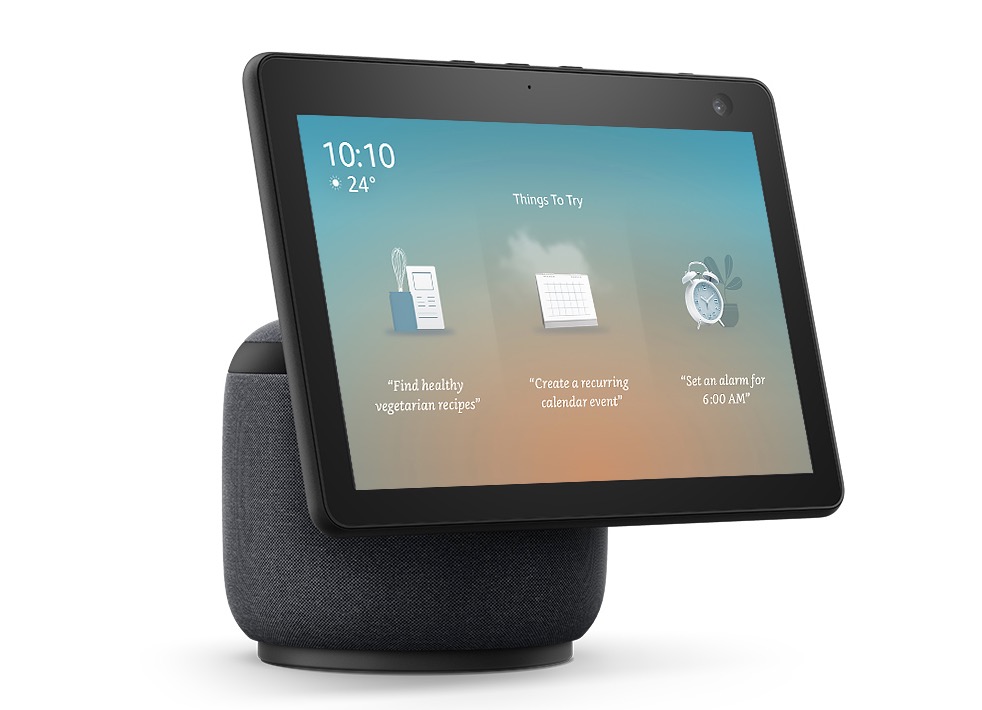 The new Echo Show 10 has had a dramatic re-design with the onboard display able to follow your movements and always stay in view.

Whether your watching content on the screen or interacting with Alexa, the display will always stay in view.

This means you can make a video call without ever worrying about being out of frame because the screen will move with you .

The included 13-megapixel wide angle camera can pan and zoom and also keep you in the centre of the frame .

Echo Show 10 operates silently thanks to a new brushless motor within the unit.

And not only does the screen move on the Echo Show 10, the sound is also adjusted and aimed in your direction through the dual front-firing tweeters and powerful woofer . 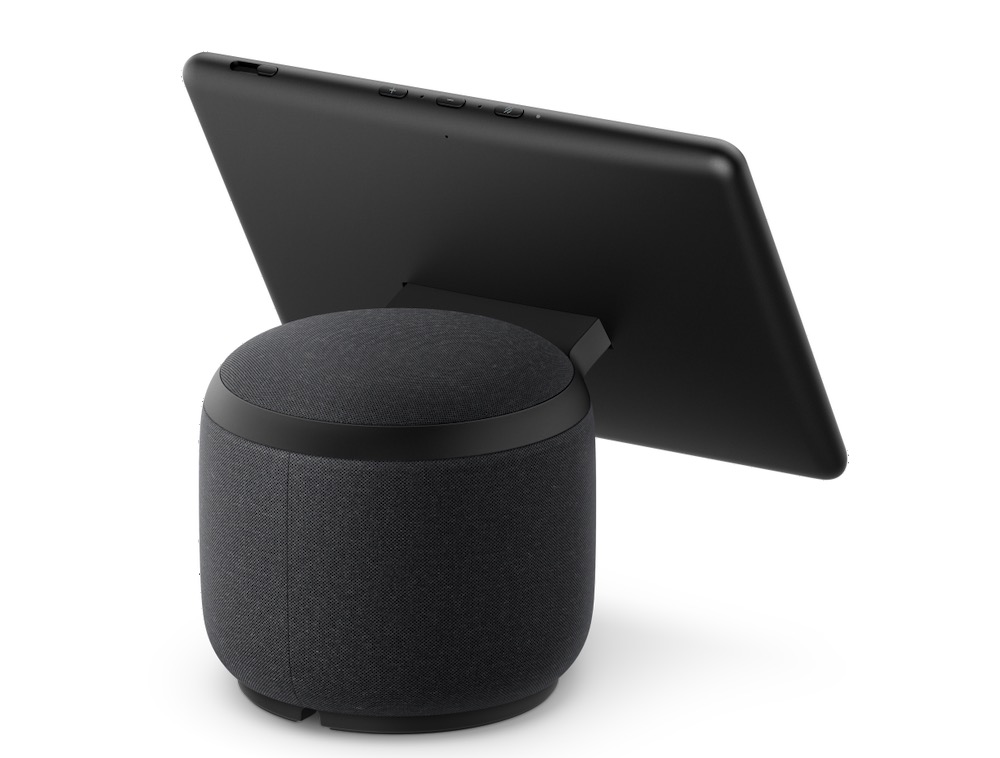 This can provide directional sound that can automatically optimise to your space to enhance whatever you are watching or listening to .

Soon the echo show 10 will also allow users to watch Netflix simply by asking Alexa with the ability to search and stream the entire catalogue just using your voice .

The device can also act as a smart home hub with support for Zigbee and Bluetooth.

The new Echo products are also available to pre-order now and will go on sale in the next few weeks. 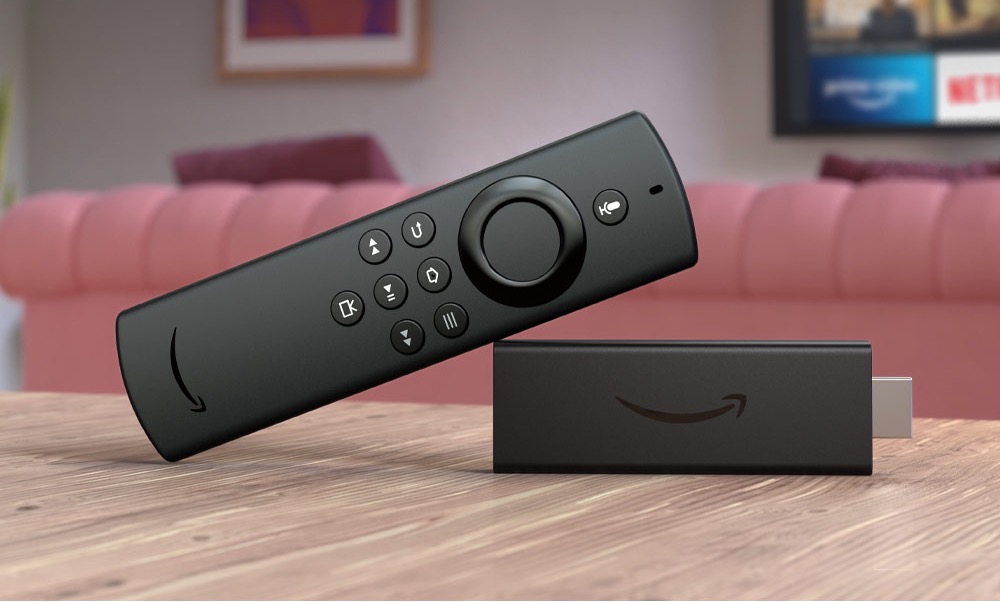 The Fire TV stick is one of Amazon’s most popular products with more than 100 million devices sold globally.

The device can stream at 1080p at 60 frames per second an also has onboard dual band wi-fi support for 5Ghz networks for more stable streaming.

The unit also includes the Alexa Voice Remote Lite so customers can also access the power of voice at the press of a button and discover something to watch just by asking. 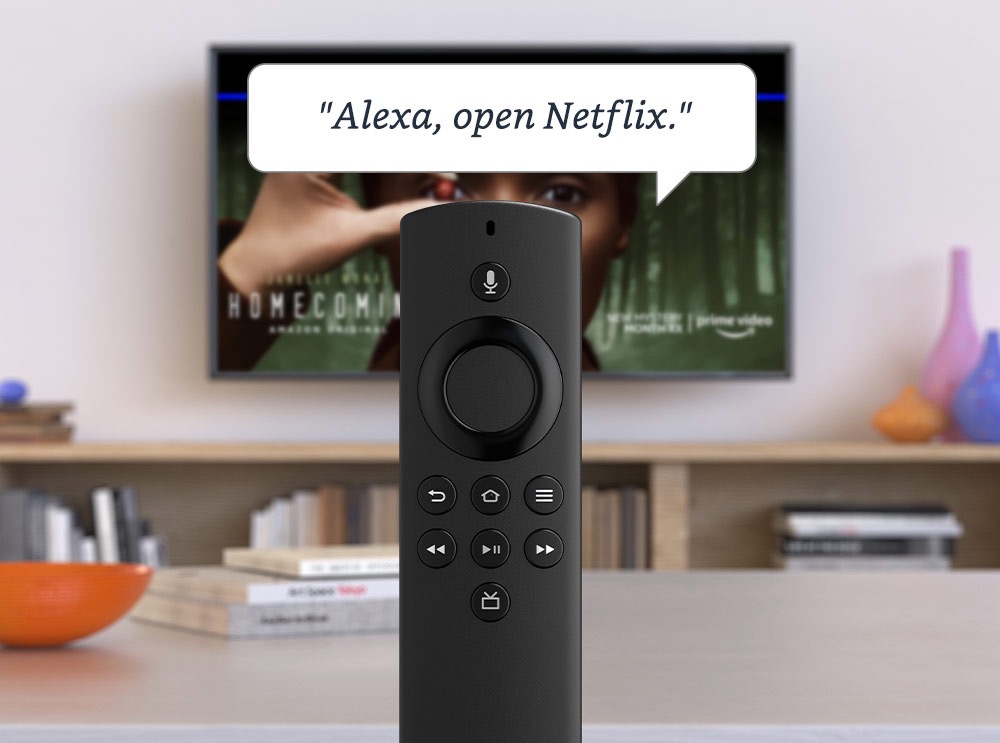 For the first time in Australia the Fire TV Stick Lite will include ABC iView , 9Now, 10 Play and SBS on Demand .

And this is on top of Prime Video, Apple TV, Stan, 7Plus, Red Bull TV , Tubi, Disney+  and Optus Sport.