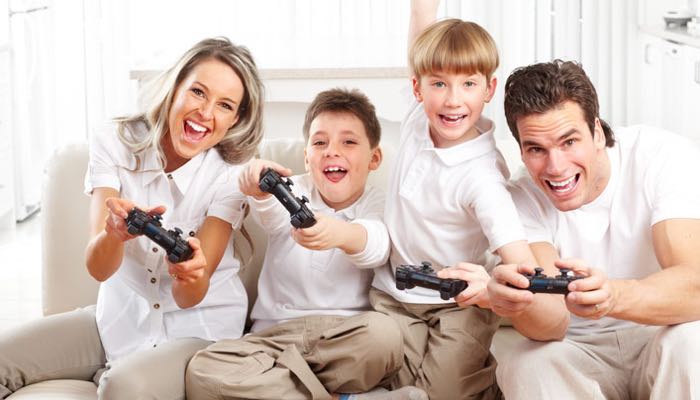 Australia has always been a nation of gamers but new research has revealed we love gaming even more than we thought with 97 per cent of households with kids owning a gaming console.

The latest study by Bond University in partnership with the Games and Entertainment Association (IGEA) studied 1,234 Australian households along with 3,135 individuals and came up with a surprising snapshot.

“The fun continues through interactive games, but the research shows that games increasingly serve other uses,” said Dr Jeff Brand, professor at Bond University and lead author of the report.

“Australians are playing for social connectedness, whether that be with family or friends. They’re playing to reduce stress, to be challenged, to learn, to keep the mind active, or for physical and mental health benefits.”

“Everyone finds their own reason for playing. Our research shows that motives for playing video games differ by life stages.

“Young adults play to help pass time, have fun, and de-stress, whereas older Australians, while also playing for enjoyment and to pass time, report keeping the mind active as a top reason for playing.”

Of all the people surveyed, 67 per cent play video games with older Australians continuing to make up the largest group of new players.

In fact, 43 per cent of people aged 65 and over play video games.

And females account for 46 per cent of all players.

The average age for a gamer is 34, a year older than last year’s average, which continues to demolish the notion that only kids play computer games.

The research found 77 per cent of players are over 18. 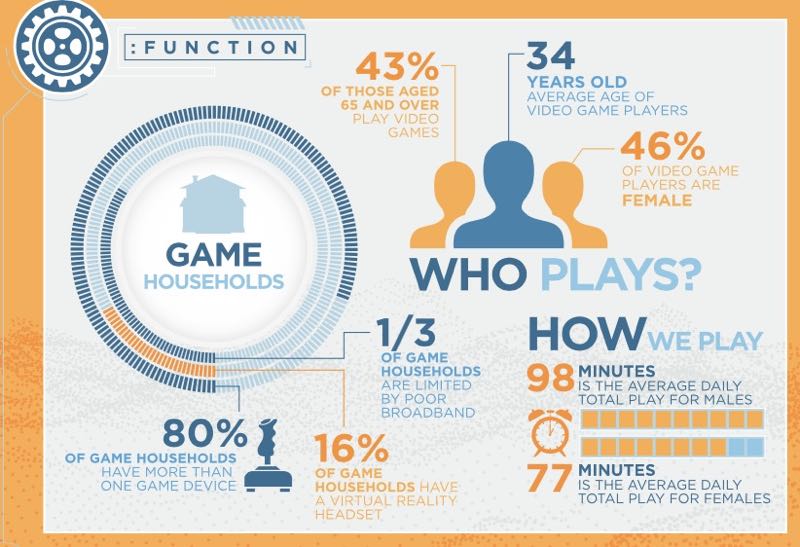 Of all homes with children, the study found 97 per cent play computer games with 80 per cent having more than one gaming device.

Virtual reality gaming is already popular and 16 per cent of households own a headset but 33 per cent choose not to download games because of their home broadband data limits. 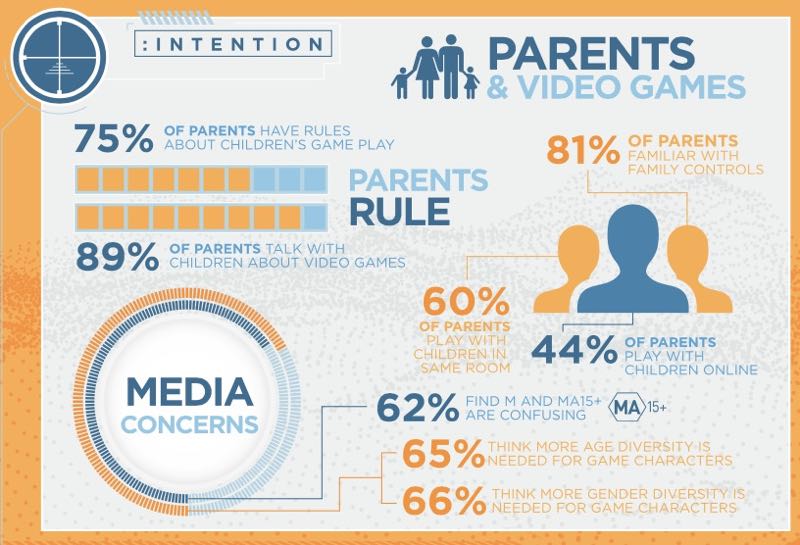 Gaming is definitely a family affair with 60 per cent of parents playing with their children in the same room and another 44 per cent play online games with their kids.

Parental controls are also taken very seriously. The study showed 81 per cent are familiar with family controls on the game system while 84 per cent have discussed playing safely online with their child.

HOW LONG DO WE PLAY

On average, we play a total of 89 minutes per day with 98 minutes on average for males and 77 minutes for females.

Casual gamers play for about 10 minutes twice a day while one hour daily is typical for in-depth gameplay. 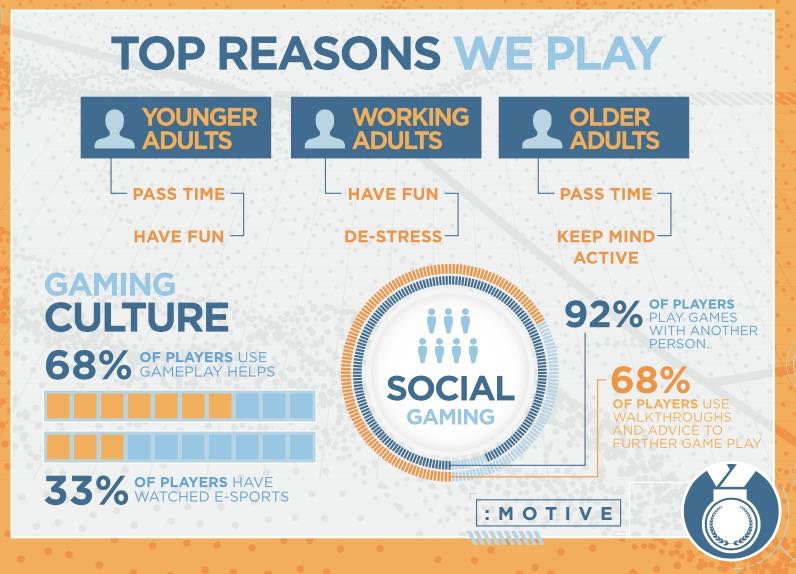 When asked in the study why we play, 84 per cent said it was to improve their thinking skills, 78 per cent to improve dexterity and 59 per cent to help manage pain.

In terms of positive ageing, 90 per cent said video games increase mental stimulation, 80 per cent said playing may help fight dementia while 54 per cent hope it may increase their mobility. 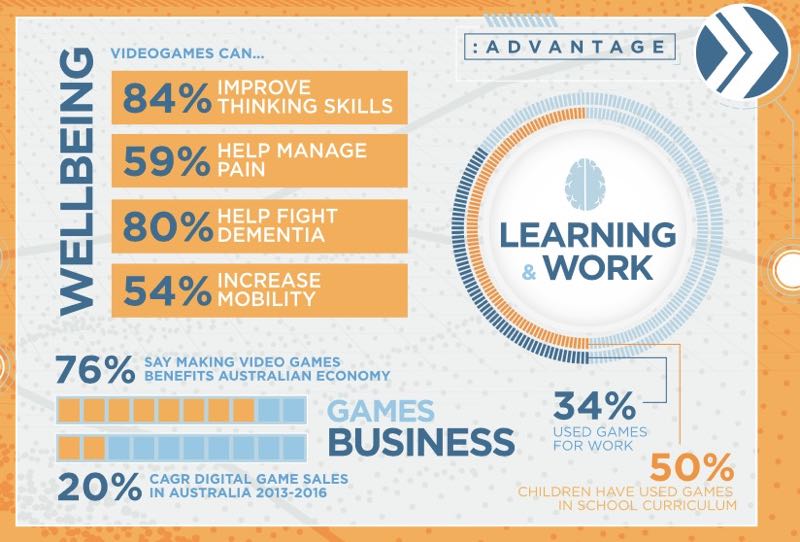 Gaming is not all about fun, it’s also about learning.

One third of Australians use games at work and one in two parents were aware their children have used games at school.

Gaming can be very effective teaching tools according to 71 per cent of parents.

“Digital Australia 2018 shows how the state of game play in Australia has progressed. Games are one of the many things shaking up traditional viewing culture, and Australians are consuming games in more ways than ever before,” said Ron Curry CEO of IGEA.

“We’re also playing with purpose, with more and more Australians recognising the value of games, beyond entertainment, in the family home, schools, workplaces and socially.”