Samsung has unveiled the Galaxy Tab S4 – a versatile 2-in-1 Android tablet designed to be used for work or play to provide a whole new mobile experience.

The company also announced the Galaxy Tab A – a family friendly device that can keep you entertained at home or on the go.

The Samsung Galaxy Tab S4 has a 10.5-inch sAMOLED display with a resolution of 2560 x 1600, four built-in speakers and enhanced entertainment features.

On the productivity side, the Samsung Galaxy Tab S4 can also meet your needs thanks to the new Samsung DeX feature and the S Pen.

“At Samsung, we believe tablets play an increasingly important role in making lives easier and improving the mobile experience for everyone,” said DJ Koh, President and CEO of Samsung Electronics.

“With the Galaxy Tab S4, we’re introducing a premium tablet, equipped with Samsung DeX that helps consumers perform their absolute best wherever they go.”

The Samsung Galaxy Tab S4 is running the Android 8.1 operating system and is powered by a Qualcomm Snapdragon 835 octa-core (2.35Ghz and 1.9Ghz) processor. 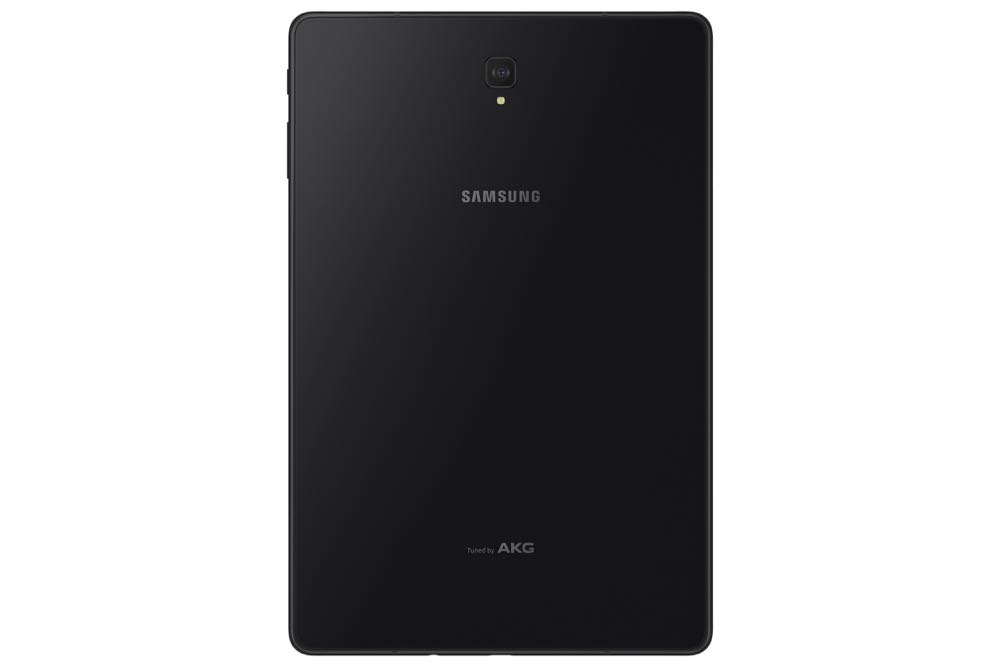 It has 4GB RAM and either 64GB or 256GB of onboard storage as well as a microSD card slot to expand the memory even further.

The device also has a SIM card slot with support for 4G LTE Cat 16 so users can connect anywhere using the cellular network.

Samsung has introduced a new productivity feature to the Galaxy Tab S4 – Samsung DeX which gives the user the option to switch from the regular Android interface to a desktop experience like a PC.

In this mode, users have the ability to open multiple windows for your Android apps including Microsoft Office suite on the device.

It can be activated when connected to the optional Book Cover Keyboard (sold separately) or launched from the Quick Panel.

It’s also possible to expand the screen to an external monitor with a compatible HDMI to USB see multiport adapter.

With this connection, the Galaxy Tab S4 can be used as a trackpad or sketchpad or continue to operate as a fully functional Android tablet so users can enjoy a dual screen experience.

The Samsung Galaxy Tab S4 also comes with the S Pen so users can write and draw directly onto the screen.

The device has narrower bezels than its predecessor so it can fit a larger 10.5 inch display with a 16:10 screen ratio.

At 287 pixels per inch (PPI), the tablet offers impressive picture detail and clarity.

The tablet has a 7300mAh battery onboard which can provide up to 16 hours of video playback.

The Samsung Galaxy Tab A has a 10.5-inch full high definition LCD screen with 3GB RAM and 32GB onboard storage which is expandable with microSD card.

The device is ideal for the whole family to play games, run apps, watch movies, browse content and listen to music.
The Galaxy Tab A also allows parents to control and manage content and usage time with Kids Mode – a child friendly interface that is both safe and fun.