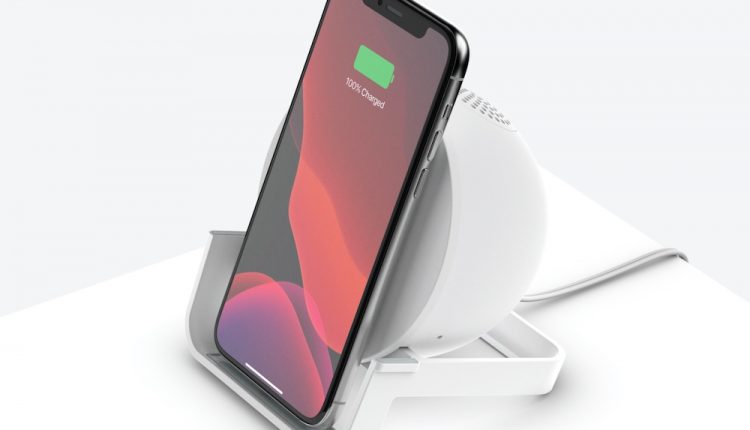 Belkin has unveiled new charging products in CES in Las Vegas that can offer fast charging and produce far less heat than silicon so they can be much smaller and more portable.

Gallium Nitride is the new material onboard that is used instead of silicon for power conversion and the production of semiconductor power devices.

The Belkin range of GaN (gallium nitride) wall chargers offer faster and more efficient charger in much smaller designs than traditional chargers which are double the size. 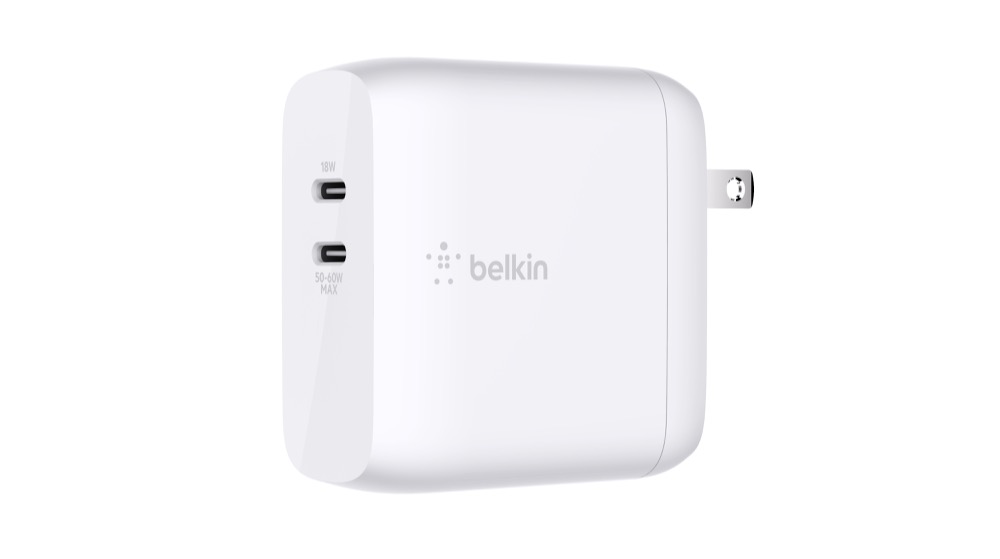 – Belkin USB-C GaN Charger 30W which can efficiently charge a MacBook Air and has a foldable plug for ease and portability when traveling.

– Belkin USB-C GaN Charger 60W. This is the smallest of its kind in the Belkin portfolio and is the go-to solution for a MacBook Pro.

– Belkin USB-C GaN Charger 68W which has two USB-C ports which feature Intelligent Power Sharing to sense and direct the most efficient charge to the devices plugged in. It also has a foldable plug that makes it a great solution for travel.

Belkin has also released a range of wireless chargers which includes the Boost Charge 3-in-1 that can charge all of your Apple devices – iPhone, Apple Watch and AirPods. 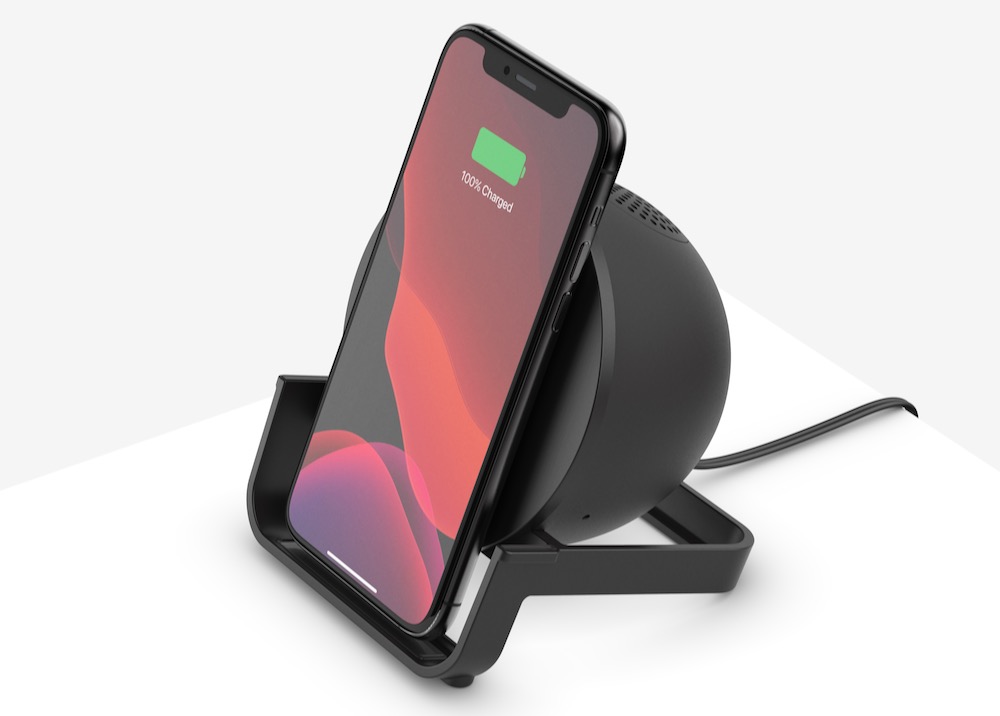 There’s also the Boost Charge Wireless Charging Stand + Speaker so you can to listen to music, watch videos, and take phone calls, while charging their phone in multiple viewing angles.

And the compact design is ideal for a desk or bedside table.

It provides a steady charge up to 10W for Qi-enabled smart phones. 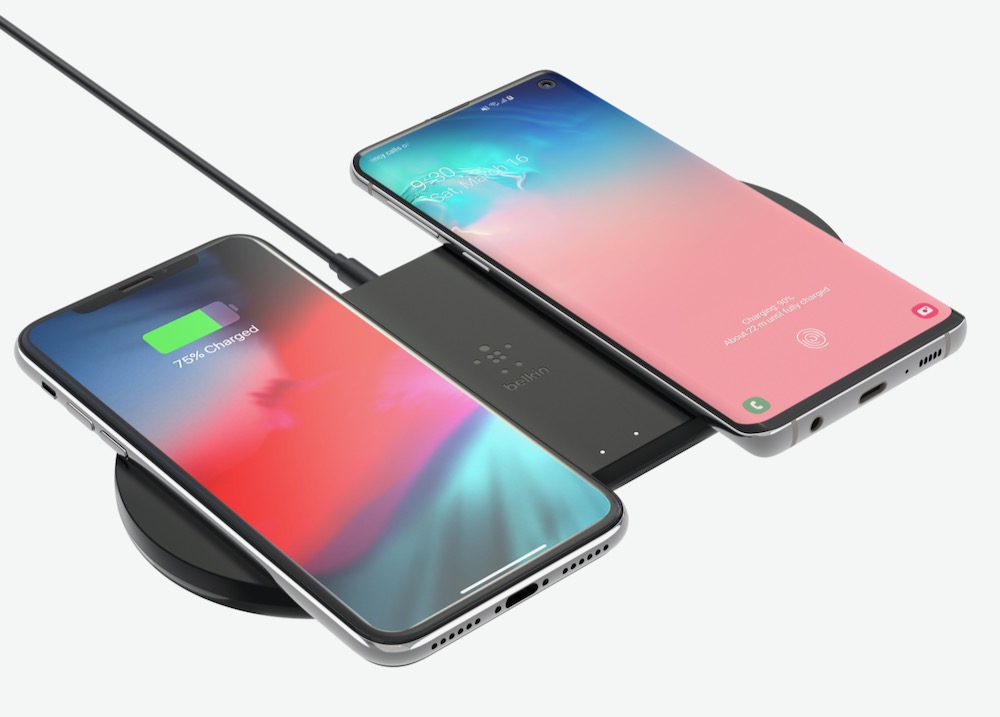 Convenient fast wireless charging for two smartphones at once, up to 10W.

They are perfected for the bedroom, office, or living room to reduce clutter and simplify charging. 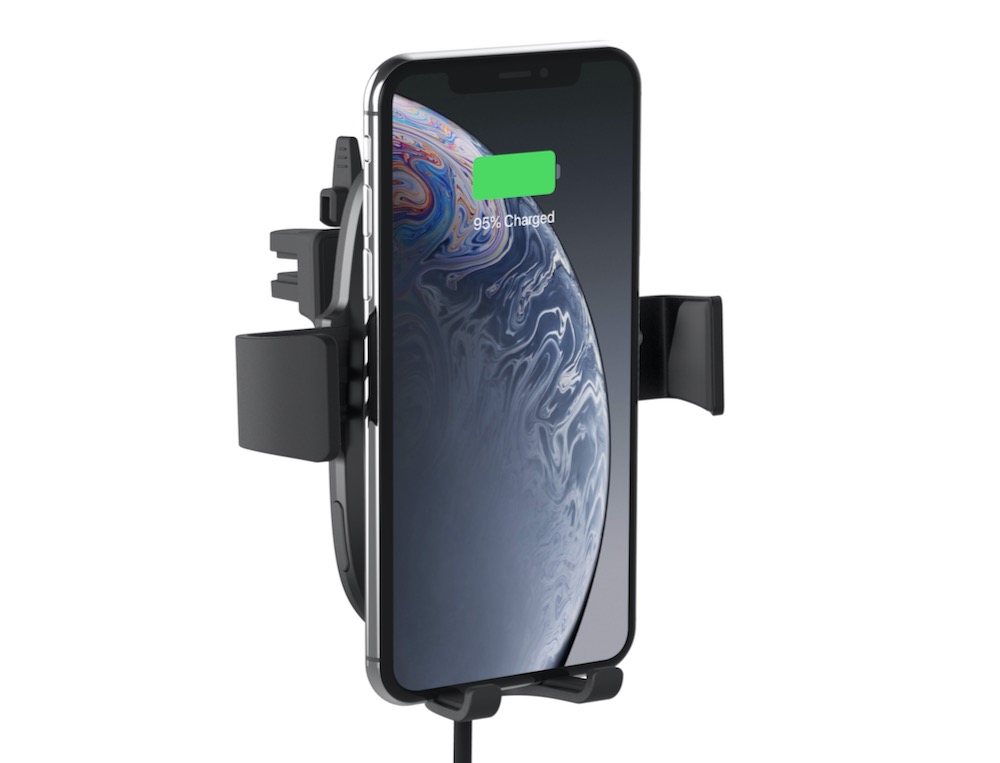 The vent mount can be positioned with one hand and it also has a smart button to open and close the arms automatically, so you can easily place and remove the phone from the vent mount. 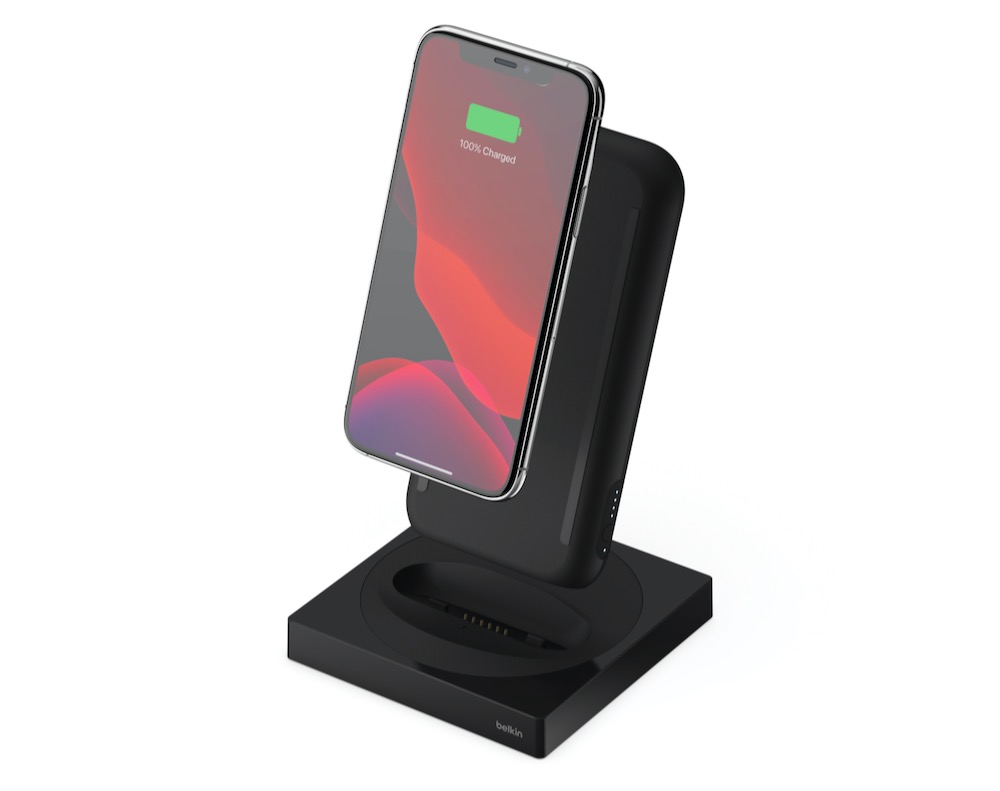 Here’s a 2-in-1 wireless charging solution with 10,000 mAh wireless power bank for charging on-the-go, and a stand for charging at home or in the office.