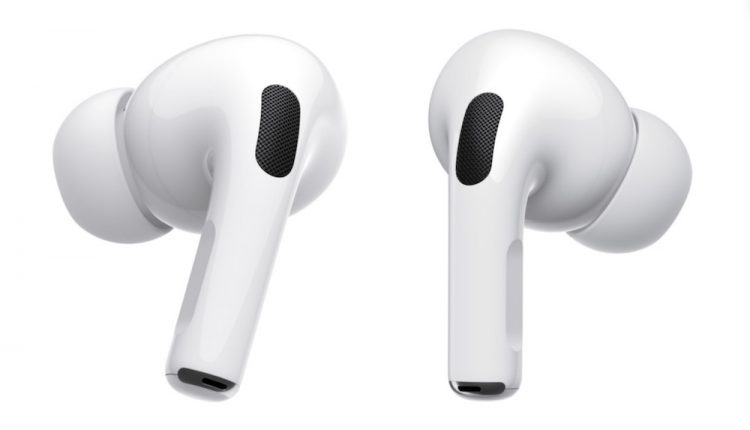 Apple has just launched a brand new version of its AirPods – the AirPods Pro – which now include Active Noise Cancellation, improved immersive sound quality and an all-new design.

AirPods Pro take their place alongside the existing AirPods range and will be available to buy from October 30.

Apple’s AirPods Pro have a new design with a slightly larger bud complete with three different sizes of silicon tip to find the perfect fit as well as a shorter stem which accurately picks up your voice for calls or interacting with Siri. 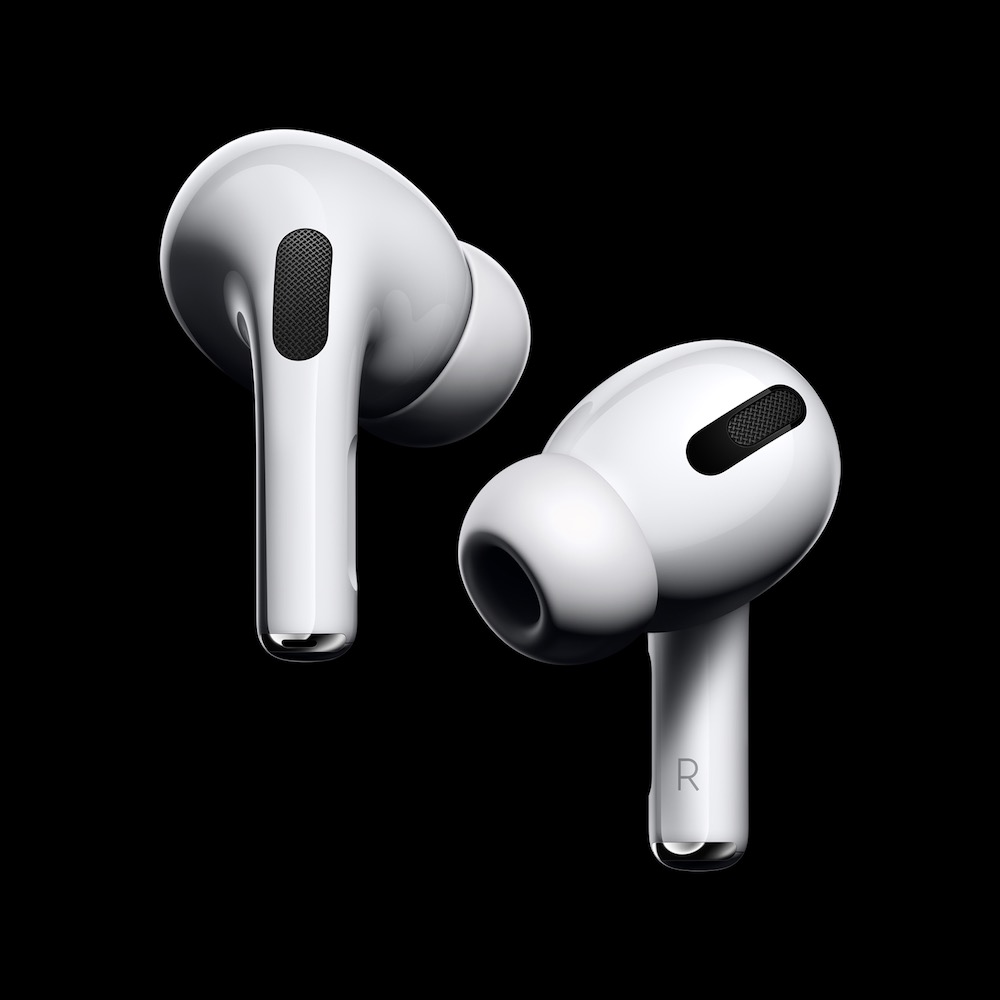 A special algorithm can measure the sound level in each ear to tell the user whether the ear tip is the right size and the right fit. 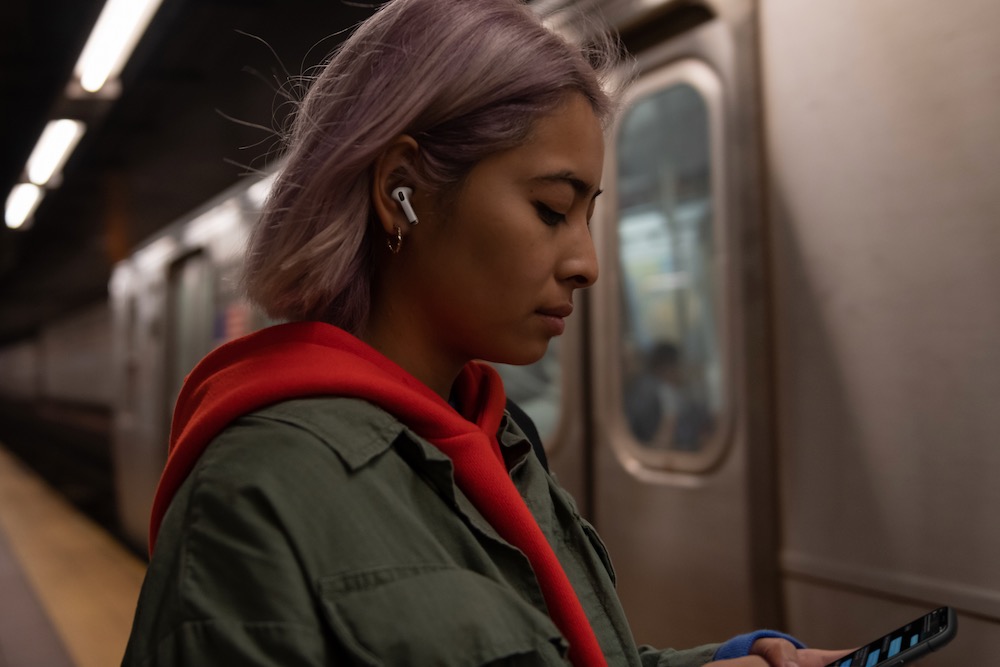 One is facing outward to cancel out any background noise before it reaches the user’s ear while the second inward facing microphone cancels any remaining sound. This happens 200 times per second.

It’s one thing to cancel noise but the AirPods Pro also deliver superior sound quality thanks to the on-board Adaptive EQ which looks after the low and mid frequencies of your music to suit an individual’s ear. 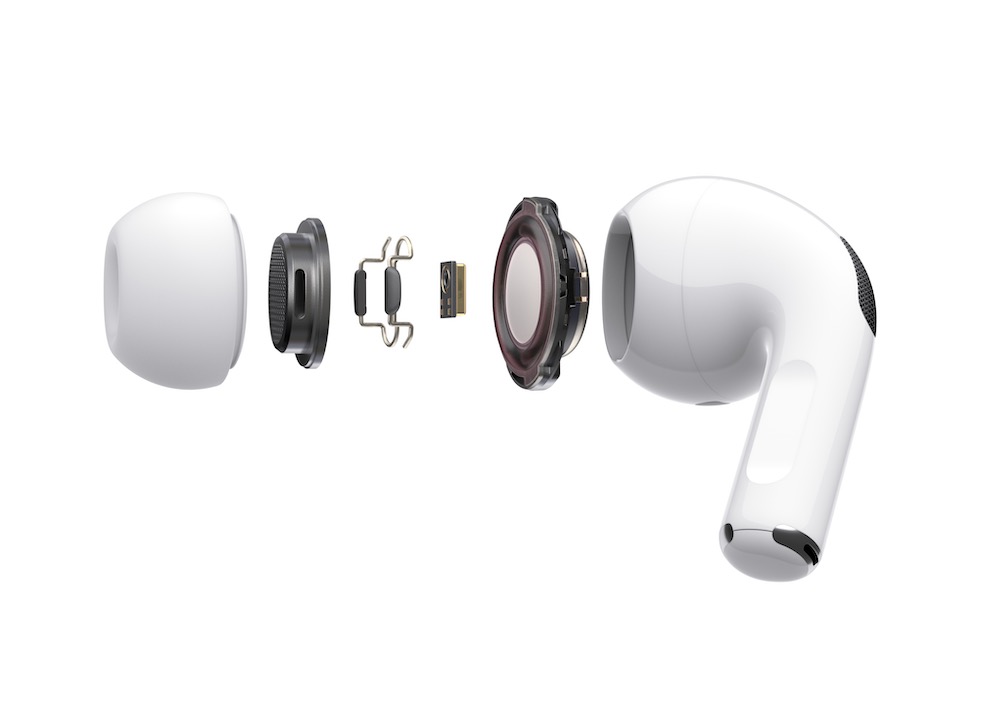 The onboard high dynamic range amplifier can either produce remarkably clear sound by powering a custom high excursion, low distortion driver which also looks after the bass down to 20Hz.

A new Transparency Mode allows users to hear the outside world while still listening to the music.

This is a useful feature for those who want to hear traffic while they’re on a run or an important announcement on the train platform or at the airport. 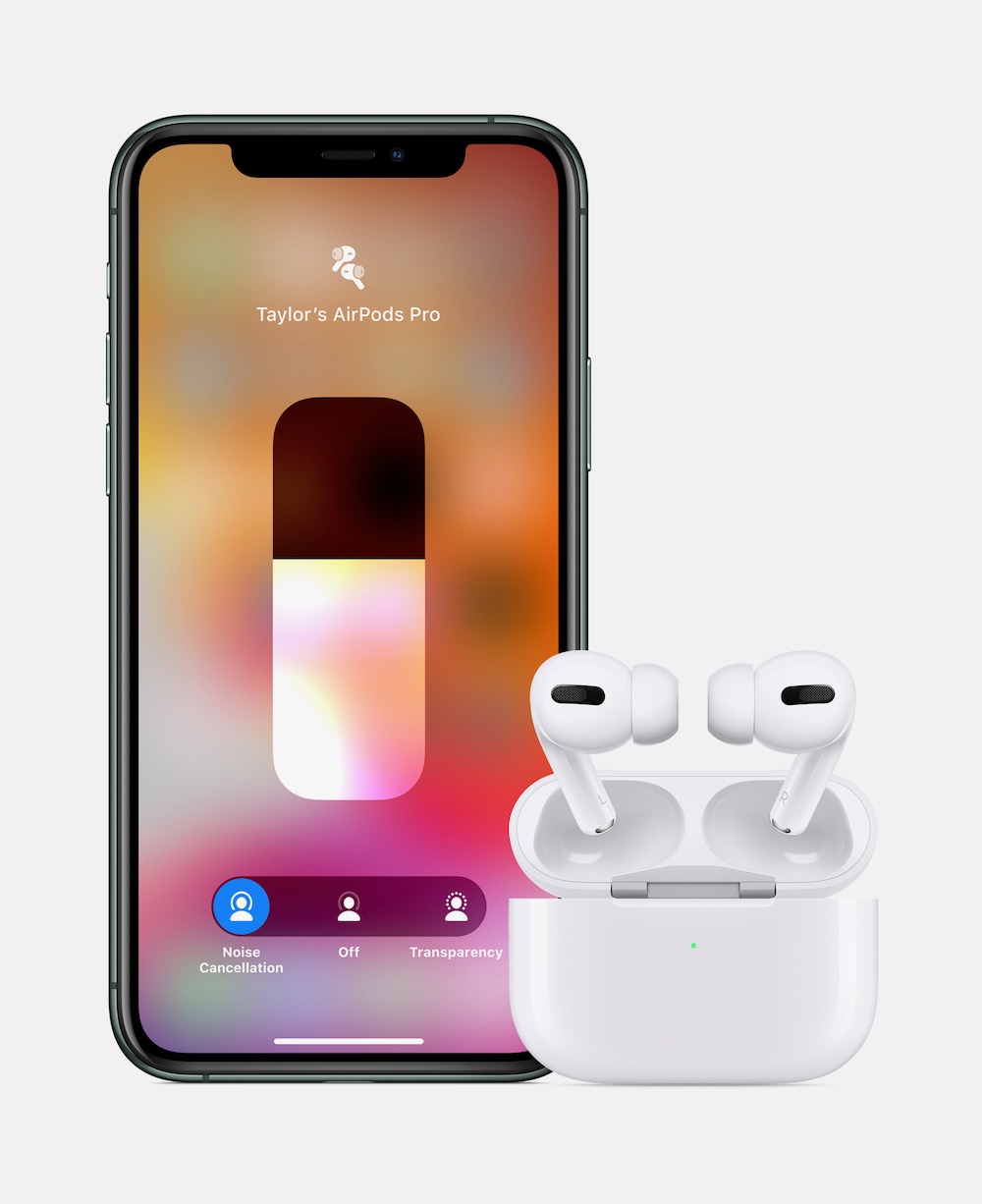 Accessing Transparency Mode can be done right there on the AirPods Pro through a new sensor on the stem.

This same force sensor also makes it easier to play, pause and skip tracks and also answer and end calls. 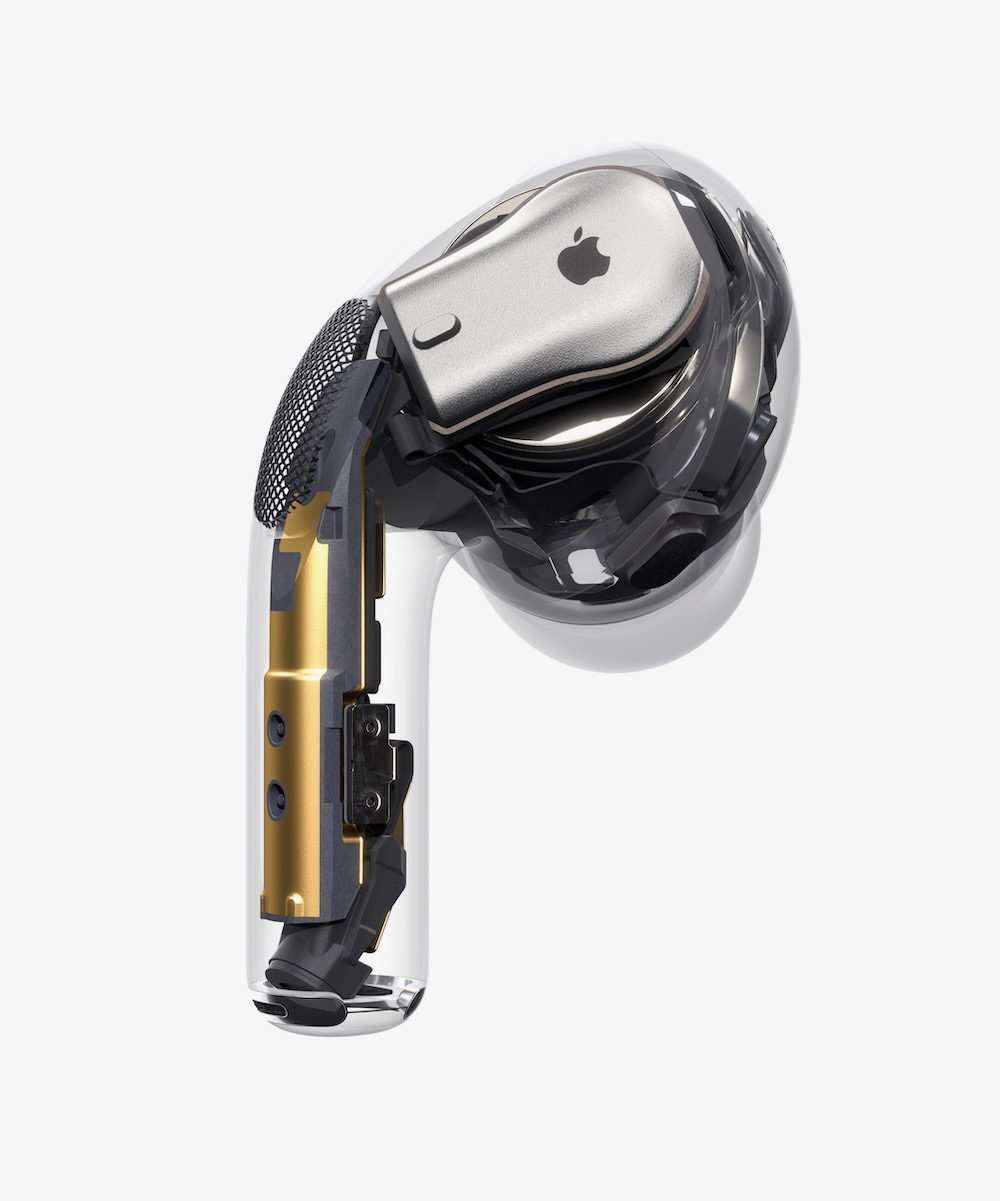 Under the hood is the Apple-designed H1 chip which makes set up a breeze with users simply opening the charging case near an iOS or iPadOS device for pairing.

AirPods Pro are then immediately paired to all devices which are signed into the user’s iCloud account including iPhone, iPad, Apple Watch, Mac, Apple TV and iPod Touch. 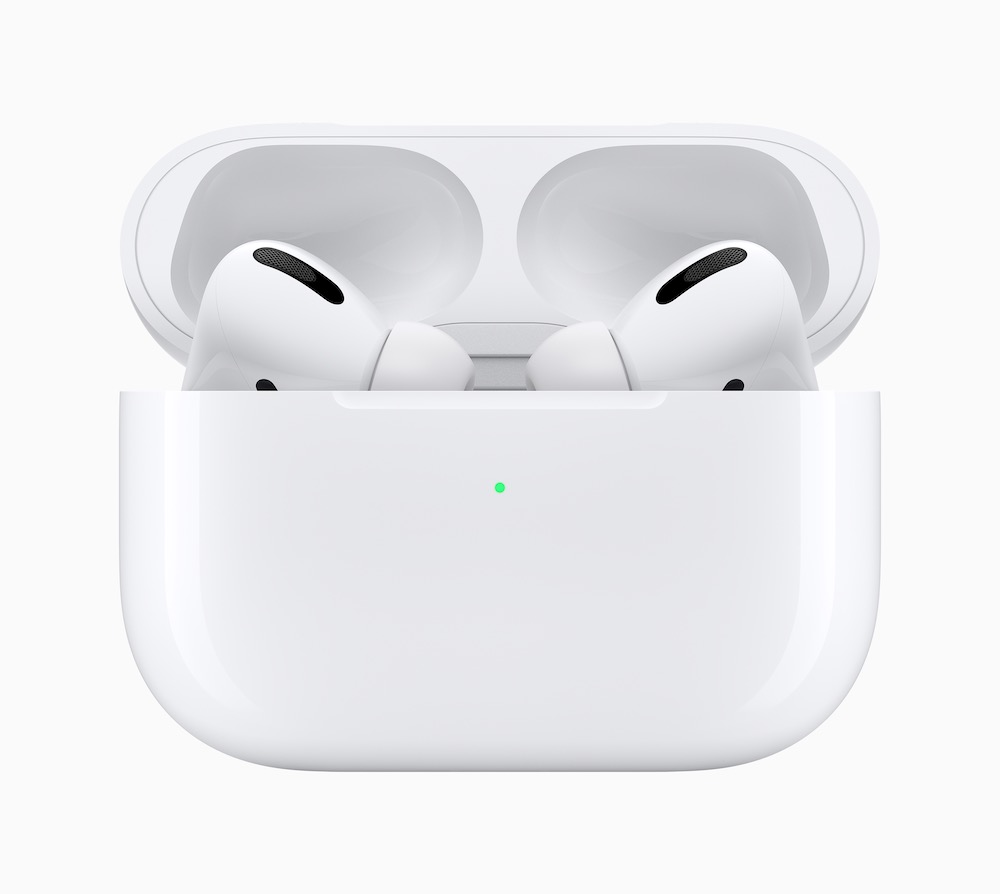 On the battery side, users will experience the same impressive battery performance as with the regular AirPods with up to five hours of listening time.

With the included wireless charging case, AirPods Pro can offer up to 24 hours of listening time.

The case itself can be charged using a Qi-certified charging mat or through the Lightning port. 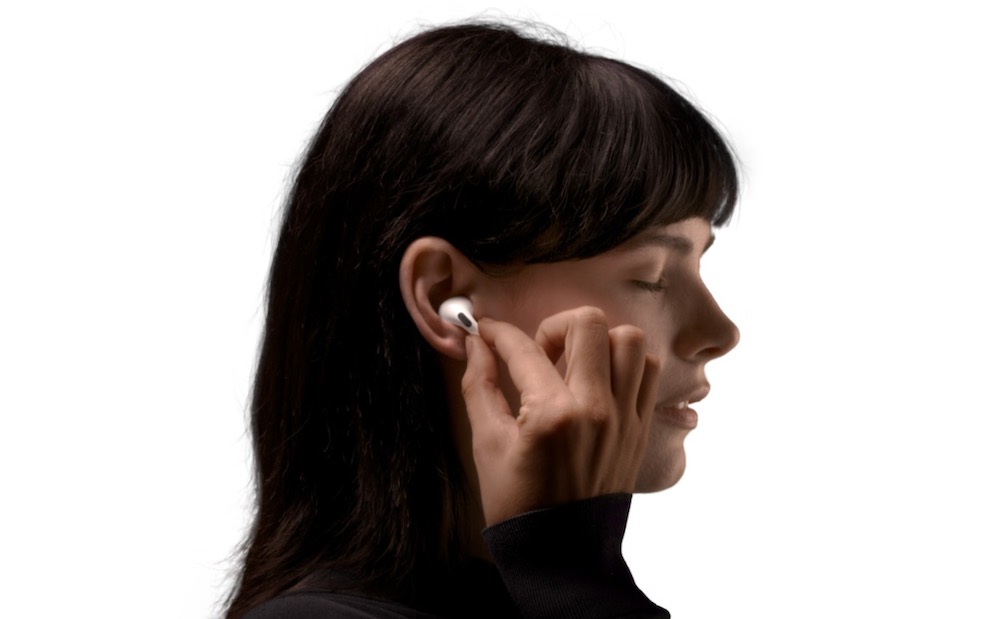