Mobile is still attracting the most complaints to the TIO

Phone and Internet complaints have dropped by more than 6 per cent compared to the same quarter last year with mobiles still the most complained about service type accounting for 35 per cent of all complaints.

Between January and March 2021 there were 30,393 complaints about phone and Internet services made by residential consumers and small businesses.

This is a decrease of 0.3 per cent compared to the previous quarter.

But in comparison to the same quarter last year it’s actually a drop of 6.1 per cent.

These figures come from the Telecommunications Industry Ombudsman Q3 2020 21 complaints report which shows mobile accounting for 35 per cent of all complaints. That’s the highest proportion in the last five quarters.

Inadequate fault testing is an issue seen across all customer types.

This is when a provider is unable to troubleshoot a problem or a consumer is not satisfied with the fault testing. 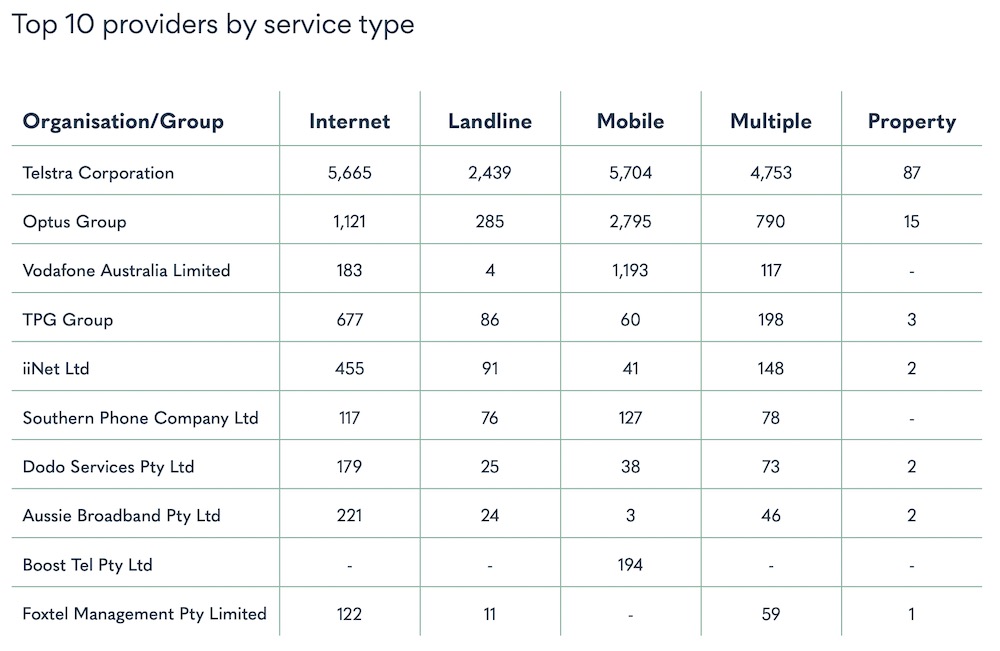 One highlight is the decrease in the number of complaints from consumers about being unable to contact their provider.

The report shows this problem has dropped by 38 per cent when compared to the previous quarter.

Foxtel has also now made an appearance in the top ten providers drawing complaints.

Telstra attracted the most complaints followed by Optus and Vodafone.

While overall complaint volumes have decreased over the last two quarters, repeated complaints from customers with unresolved issues has increased.

Here is a snapshot of the report:

– mobile services were the most complained about service type

– the top five issues where no or delayed action by provider, service and equipment fees, no phone or Internet service, delay establishing a service, intermittent service or dropouts.

“Complaints reflect the consumer experience of their phone and internet services and interactions with their telco,” Ombudsman Judi Jones said.

“While the decline in overall complaints is a positive sign, the increase in complaints coming back to us unresolved is concerning.

“We will continue monitoring this trend and working with the telcos on the problems as they emerge.”