Australians spent almost $4bn on games and consoles in 2021

Australians spent nearly $4 billion on video games and consoles in 2021 with mobile games the most popular consumer category according to data by the Interactive Games and Entertainment Association (IGEA).

Just last year alone mobile game sales made up more than $1.5 billion in Australia while video game hardware sales racked up more than half a billion dollars.

Digital sales of games and subscriptions also increased dramatically and totalled $1.41 billion in 2021 while retail sales for hardware, software and peripherals stood at $1.07 billion in the same period.

The growth in the Australian games market in 2021 can be mainly put down to the pandemic which saw customers spend more money on games and hardware and spent more time playing.

Spending on digital PC games also grew by 11 per cent year on year. 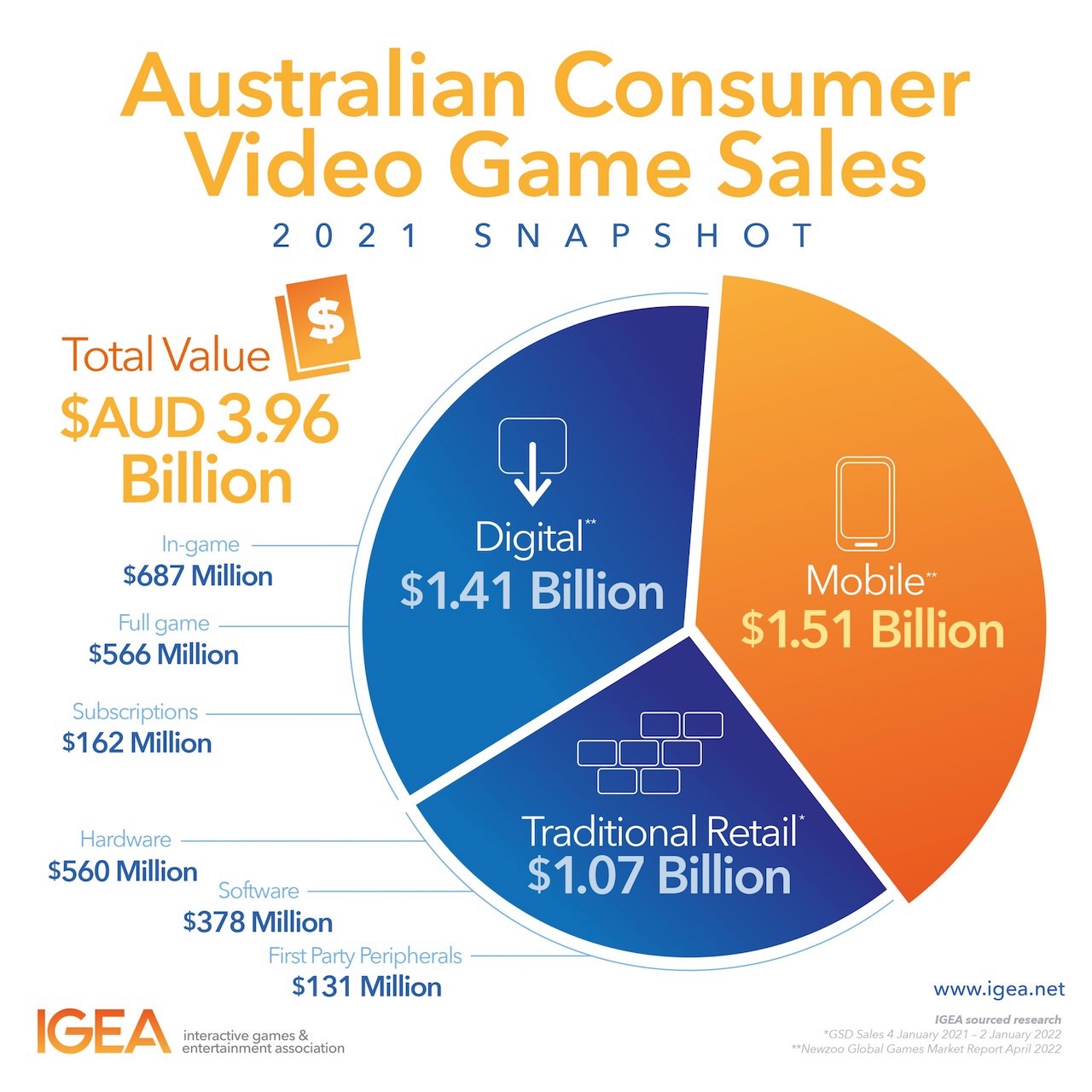 Despite stock shortages of the latest consoles, hardware in 2021 was the only video game category in Australia to experience year on year spending growth which was led by the demand for higher priced consoles including the PlayStation 5 and Xbox Series X and S and significant unit sales from Nintendo Switch.

“It was no surprise for IGEA to see consumer game sales and platforms perform strongly during 2021,” says Ron Curry, CEO of IGEA.

“Playing games provided a continued source of connection and entertainment for Australians throughout another year of the pandemic, with our Digital Australia 22 (DA22) report revealing that over 75% of us play games.

“All of the data confirms that games are one of the world’s most powerful entertainment mediums, and this looks set to continue.”

Top Five Grammar Apps to Help You Improve Your Writing