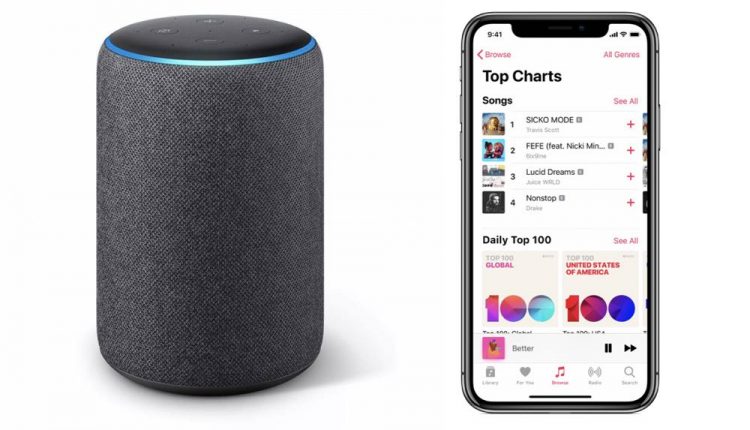 Apple and Amazon have come together and made a major announcement –  Apple Music will be available to hear on Alexa-enabled Echo devices before Christmas.

From December 17, customers will be able to ask Alexa to play their favourite music from the Apple Music service which is enjoyed by 56 million subscribers worldwide.

This is a major coup for Amazon which is sure to move the needle in its direction in terms of sales of its Echo speakers which are behind Google-powered smart speakers in Australia.

Listeners will also be able to access individual songs, artists, albums and playlists from Apple Music just by using their voice with an Echo smart speaker.

Customers will be able to add Apple Music to their list of services within the Amazon Alexa app on their smartphone from December 17.

“Music is one of the most popular features on Alexa—since we launched Alexa four years ago, customers are listening to more music in their homes than ever before,” said Dave Limp, senior vice president, Amazon Devices.

“We are committed to offering great music providers to our customers and since launching the Music Skill API to developers just last month, we’ve expanded the music selection on Alexa to include even more top tier services.

“We’re thrilled to bring Apple Music – one of the most popular music services in the US – to Echo customers this holiday.”

Is this the new Samsung Galaxy S10