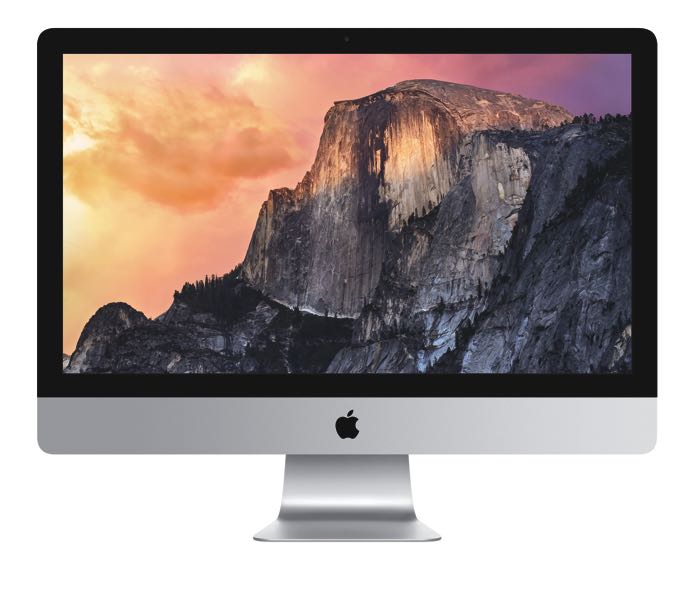 Unveiled as part of the Apple event at the company’s headquarters, the 27-inch with Retina 5K display packs in a staggering 14.7 million pixels into the device’s razor-sharp display.

The screen has a resolution of 5120 x 2880 which is four times higher than the previous 27-inch iMac.

The 27-inch iMac with Retina 5K display has 67 per cent more pixels than a 4K or Ultra High Definition display.

This follows the adoption of Retina Displays on Apple products from the iPhone, to the iPad and MacBook Pro.

Now Apple has a portfolio of products that with higher resolution screens which appeal to everyday consumers who want their content to look the best it can and professionals like photographers and graphic designers who are looking for even more detail and accuracy in their work.

To have a screen with this higher resolution, Apple had to actually invent technology to make it work.

This includes a Timing Controller (TCON) that helps drive all of the 14.7 million pixels and deliver smooth performance from corner to corner of the display.

Also coming in to play is a new LED backlight that uses 30 per cent less power than the previous model while driving four times as many pixels.

Under the hood the new 27-inch iMac with 5K Retina display has also been improved significantly with 3.5Ghz quad-core Intel i5 processors as standard that can be upgraded to 4Ghz quad-core i7 with Turbo Boost speeds of up to 4.4Ghz.

The computer will also come standard with 8GB RAM which can be configured to up to 32GB RAM as well as a 1TB Fusion Drive.

The 27-inch iMac with 5K Retina Display is available from today and is priced from $2,999.

This price might appear high to some but when you consider some 4K monitors cost more than $3000 the iMac is actually reasonably priced with 67 per cent more resolution and a computer onboard as well.

Stay tuned to Tech Guide for a full review of the 27-inch iMac with 5K Retina display in the coming weeks.