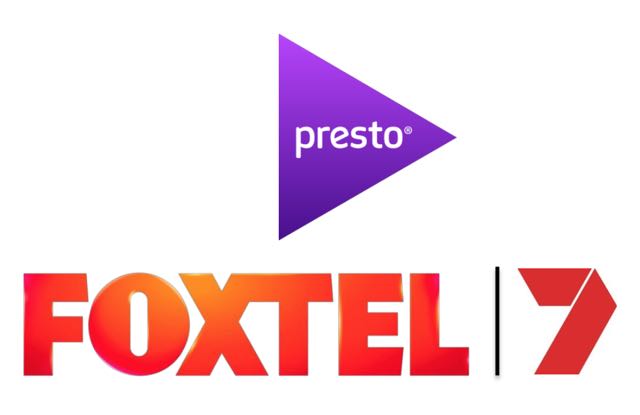 Foxtel and Channel 7 join forces to take on Netflix

Foxtel has launched a pre-emptive strike against Netflix – which launches in Australia in March – with a partnership with Channel 7.

Presto – an on-demand subscription service owned by Foxtel – will join forces with Channel 7 to provide subscription on-demand television for Presto subscribers in early 2015.

Netflix – a hugely successful content subscription service from the US – will touchdown in Australia in March 2015.

And it will bring with it exclusive titles like House of Cards starring Kevin Spacey and Orange is the New Black among a host of new and exclusive content.

To combat the already recognisable Netflix brand and content, Presto will feature content from both Foxtel and Seven West Media.

There has been no announcement about the exact content that will be offered in this partnership at this time – that information will be revealed in the coming weeks.

Richard Freudenstein, the Foxtel CEO, says the deal combines the strengths of Foxtel and Channel 7 to deliver a new entertainment experience for all Australians.

“We’re thrilled to be taking these next steps with Seven West Media to establish the new Presto Entertainment service,” Mr Freudenstein said.

“Customers have already recognised the value of the unrivalled movie programming we’ve had on tap since Presto’s launch and we’re proud to have delivered such a great product.

“TV is the final piece in Presto’s entertainment puzzle and today’s news positions us well to take it to the next level by offering the best in local and international TV to new and future subscribers.”

But the other thing customers will consider before making a decision to take up any subscription service will be the price.

When Presto first launched it was priced at $19.95 being adjusted down to $9.95 soon after launch.

The Presto service can be viewed on TV via Google’s Chromecast, on selected Android tablets, iPads, PCs and Mac computers.

PlayStation TV can stream your PS4 games to another television