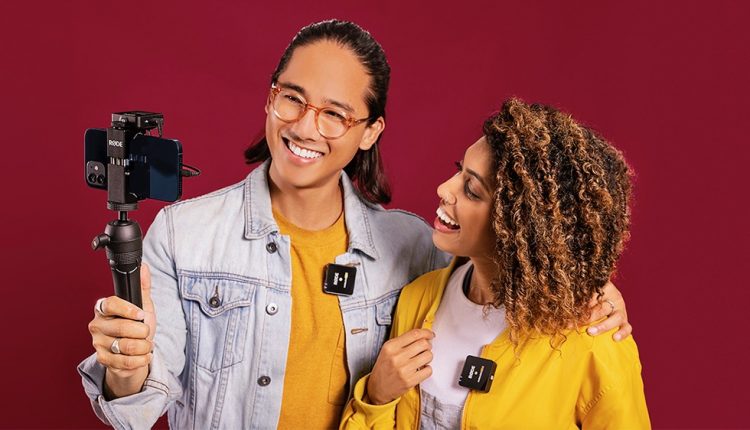 RODE’s Wireless GO – the ultra compact wireless microphone – just got even better with new features to make it even more versatile, flexible and powerful.

The transmitter has a built in microphone but users can connect a lapel mic and clip it to a shirt or jacket.

It also offers universal compatibility with cameras, mobile devices and computers to make it an easy option for all kinds of users.

Another new feature is onboard recording capability which can store up to 24 hours of audio as a back-up for drop outs and other audio issues.

“It truly revolutionised sound capture for everyone from vloggers to business professionals producing content while working from home.

“The form factor and feature set had never been seen before and many have attempted – and failed ­– to replicate it since.”

“The Wireless GO II is a huge leap forward in terms of useability and versatility, while retaining all the elements that made the first edition such a success.

It represents RODE’s mission to innovate and continue evolving our product lines, always with creators in mind.

“The Wireless GO II is once again going to change the way people record audio for their content.”

– Safety channel – records a second channel at -20dB as a backup in case the main channel distorts
– Complete control over all features and functions via the RODE Central app
– In-built rechargeable lithium-ion batteries – up to 7 hours battery life, plus a power saver mode
– Designed and made in RODE’s state-of-the-art manufacturing facilities in Sydney, Australia.

The RODE Wireless GO II is available now for $399.

Did You Know Your IP Address is Leaking like a Sieve?