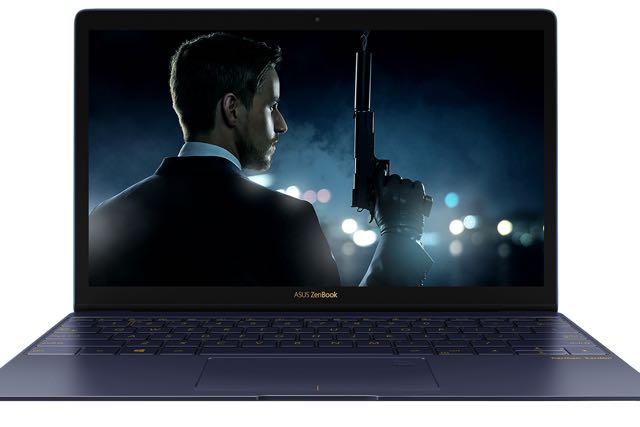 ASUS has taken the laptop battle to Apple’s doorstep with the unveiling of the head-turning ZenBook 3 – a device that’s thinner and more powerful than the popular MacBook.

The ZenBook 3, launched by ASUS at Computex in Taipei, is made of aerospace-grade aluminium alloy and has a 12.5-inch display.

By comparison, Apple’s MacBook has a 12-inch Retina display and is 13.1mm thick with a weight of 920g.

On the processor side, the ZenBook 3 is powered by Intel’s Core i7 processor which ASUS claims is twice as fast as the Core m3 silicon aboard the MacBook.

But there are some features that are identical like a single USB-C port and a headphone jack as the only physical points of connectivity.

The ASUS ZenBook 3 also has a generous 16GB RAM onboard as well as 1GB of SSD (solid state drive) storage.

As an added security feature, there is also a fingerprint scanner along with support for Windows Hello, Smart Gestures and handwriting recognition.

An Australian release date and pricing has yet to be announced.