Samsung’s new Galaxy S7 and S7 Edge devices won’t be available to customers until March 11 but Tech Guide has already had a thorough hands-in look at the two devices at the Mobile World Congress in Barcelona.

Right from the moment you lay eyes on the smartphones you can immediately see the quality and craftsmanship that combines both glass and metal into the sleek lines of the devices.

The design language has had a slight tweak from last year with more curves on the rear panels to make them rest more comfortably in your palm as if they are meant to be there.

There are smooth and rounded edges and corners that add to the premium look and feel of the devices.

It is a similar design from last year’s S6 and S6 Edge which, at the time, was a breakthrough for the company.

And with that new look and architecture, one thing they couldn’t include was a microSD card slot and they couldn’t make it waterproof.

But this time out both of those boxes have been ticked – expandable memory through the hybrid SIM card tray.

This is located along the top edge of the S7 and S7 Edge and can either take two SIM cards or a SIM and a microSD card.

And – yes – they are waterproof again.

It can actually stay submerged at a depth of 1.5 metres of water for up to 45 minutes and there’s no need to plug up the USB ports and headphone jacks because the device is sealed from the inside out. 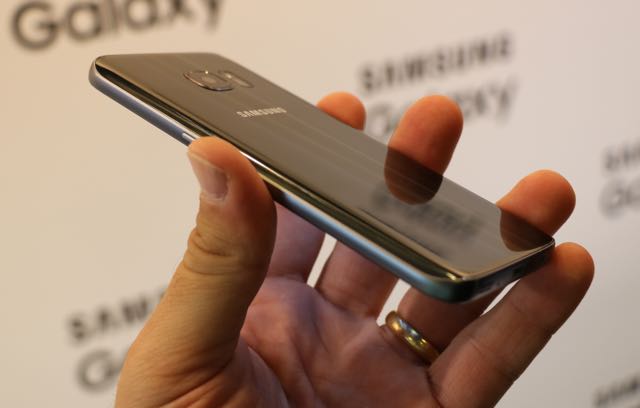 As we’ve come to expect from Samsung, the Super AMOLED displays are gorgeous and unlocking the device constantly and firing up the screen just to find basic information like the time, the weather and your unread emails had a solid impact on the battery.

After all, on average, we check our phones 150 times a day!

Now with the Always On Display – you can see that basic info on the lock screen when the device is laying out in the open like on a desk or restaurant table.

And the only pixels that are powered are the ones that are needed to display your info so it’s only using a fraction of your battery per hour. 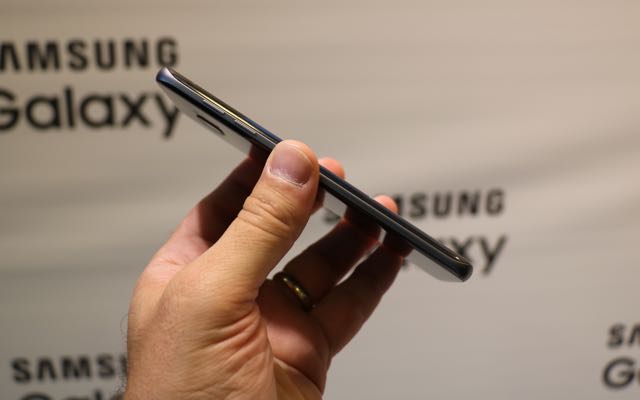 A simple feature but such a useful one.

Performance wise, the new Samsung devices are super quick. They are 30 per cent faster than the Galaxy S6 released less than 12 months ago.

That snappy performance is not only handy to unlock the phone and access your apps and content but it’s also handy if you’re into your games.

Graphics performance has improved by 60 per cent so games you could only play on a computer a couple of years ago are now possible on the S7 and S7 Edge.

The S7 Edge has even more functionality on those curved edges of the screen.

I wasn’t a fan of the S6 Edge last year but seeing S7 Edge has completely changed my opinion and it would be our preferred device of the two new Samsung smartphones.

The Edge UX is a lot more functional now with two rows of your favourite apps accessible by sliding your finger up on the edge with the possibility of third party apps also being developed to be accessed in this way as well.

You can see sport scores and news headlines in this way as well. 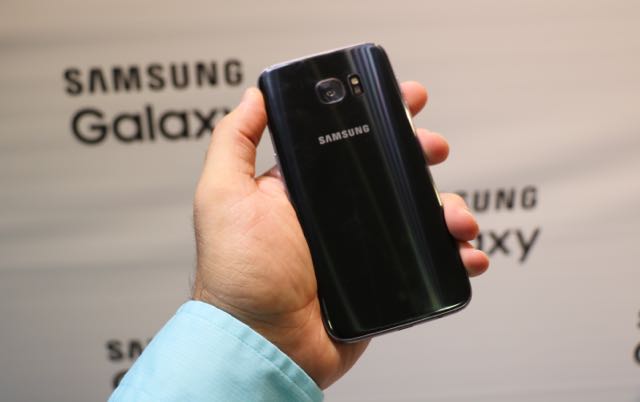 A cool new feature are the Edge tools to access things like a compass, a torch and our favourite – a ruler that takes advantage of the curved edge that can go up against objects to be easily measured.

The camera has also had a huge improvement despite the fact the megapixel count has dropped from 16 to 12.

The difference now are the larger pixels on the sensor which capture more detail and natural colour. 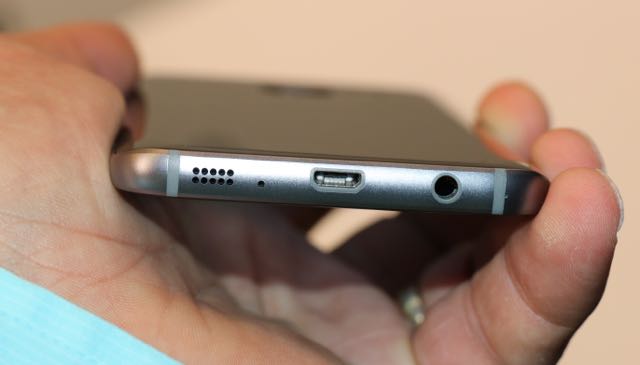 The new F1.7 lens makes your images brighter and even in low light they can still offer remarkable detail.

For our hands on with the S7 and S7 Edge, Samsung set up an enclosed box with an image inside it at the far end that was the camera could still pick up quite clearly. This way they could control how much ambient light there was and create a real lowlight scenario.

Side by side with the S6 – the S7 left it in the dust with the amount of detail it could pick up in a virtually dark environment.

Auto focus has also taken a step up with the S7’s phase detection technology. This was also a half second faster than the S6 but that half a second can mean the difference between nailing the shot and missing it altogether and ending up with a fuzzy mess. 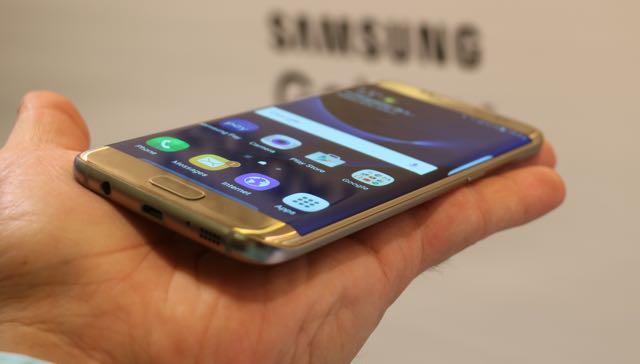 Battery wise, we’ve been promised even better performance with up to two days use from a single charge. We’ll test that when we get do our longer review.

But the fast charging and wireless charging is also a bonus and even when snacking on power with little charges during the day you’ll still get enough charge to get you through the day and night.

One thing customers will quickly discover once they’re in the Galaxy ecosystem are the other benefits like access to virtual reality with the Gear VR and other services like Samsung Pay which is also coming to Australia in 2016. 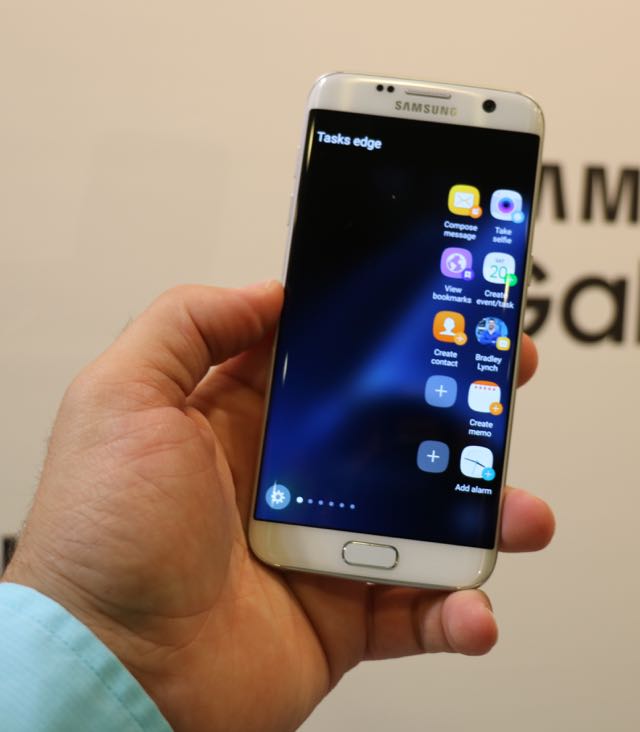 Samsung Pay will make it possible to store and use your credit cards but also membership and gift cards as well.

There’s also the compatibility with the Gear 360 camera so you can create your own VR content.

So should Apple be worried?

Well with the restoration of the microSD card slot and the fact the S7 and S7 Edge are waterproof, the migration of Samsung customers we saw after the S6 and S6 Edge release to the iPhone will most certainly be a lot lower.

We won’t see the iPhone 7 with its new design until September but Samsung is going to have the S7 and S7 Edge in the market for a good six months before that launch.

So there will be lot of customers tempted to take the plunge well before then.

In terms of current Samsung customers sticking with the brand, the S7 and S7 Edge will be like super glue.