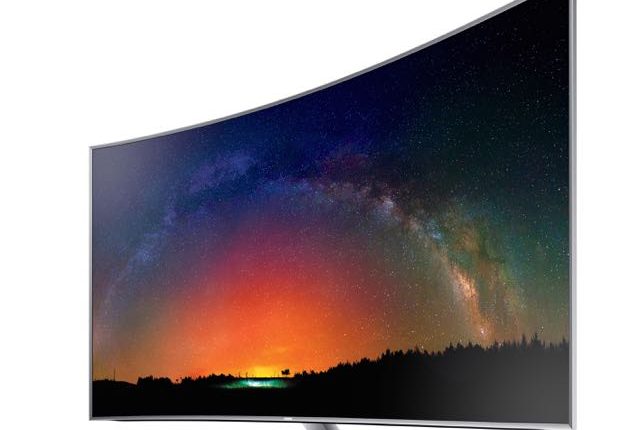 When you’re the leading TV manufacturer in the market, one of the biggest challenges is creating a product that’s better than last year’s model but Samsung has managed to do just that.

After years of incremental changes that have more to do with the look and shape of the TV rather what was going on under the hood, Samsung has delivered a significant improvement in both picture quality and design.

We know UHD stands for Ultra High Definition – also known as 4K – which means the TV has four times as many pixels as a regular high definition TV. 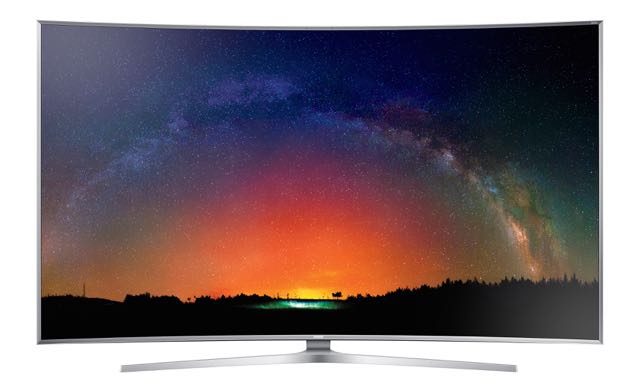 Is it Special? Super? Sensational? We don’t know.

Design is one thing Samsung has nailed with its TVs – they look great.

And the new Samsung 65-inch curved Series 9 JS9500 SUHD TV certainly lives up to this standard.

The company says the look of the TV was inspired by modern and minimalist designs.

The TV is certainly minimalist when it comes to the bezel – it’s so narrow you quickly forget it’s even there.

And the curve is subtle and inviting while the stand makes the screen seem to defy gravity.

But at the end of the day, the design doesn’t get in the way of the TV’s best feature – the amazing picture.

The secret sauce of the latest Samsung TV is nano-crystal technology – also known as Quantum Dot in the industry.

It takes existing LED technology and makes it even better.

We watched a variety of programs and sport from various sources including free-to-air TV, Netflix, YouTube, Blu-ray Disc and native UHD 4K content from a hard drive. 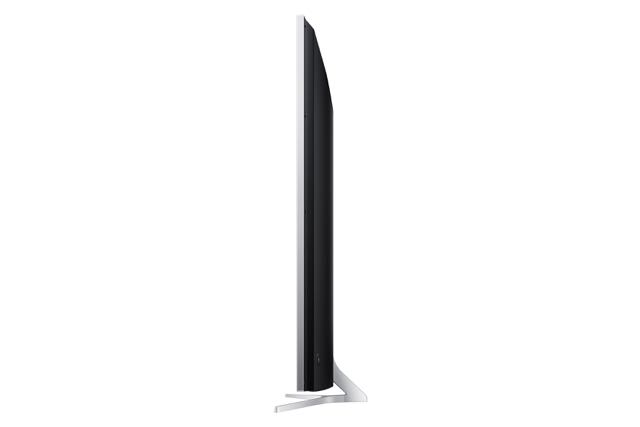 The nano-crystal semi-conductor translates colour a lot more efficiently and the results on the screen were stunning.

Colours were warm and natural with a lifelike crispness and quality. Skin tones were also rendered accurately.

Contrast was also surprisingly improved along with black levels. If there was one weakness LED had was smoky looking blacks.

But the new Samsung TV really holds its own.

Apart from the nano-crystals, there’s also the new Precision Black Pro and Peak Illuminator that comes into play to examine the image in real time to lighten and darken the corresponding parts of the screen. 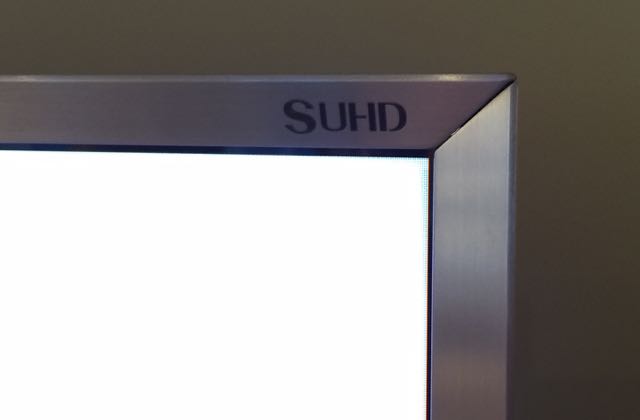 As a result the blacks are brilliant. But the TV can also render detail within those blacks so there’s a real difference between looking at someone’s black dress or black coat and defining objects in a dark scene.

Standard definition TV didn’t really do the screen justice and at 65-inches it only magnified the flaws in the picture. High definition TV was only a little better but still not as good as Blu-ray Disc.

When watching Blu-ray the quality took quite a leap. Even though the TV has four times as many pixels as Blu-ray can offer, there’s an upscaling feature that brings the image to near UDH 4K quality. 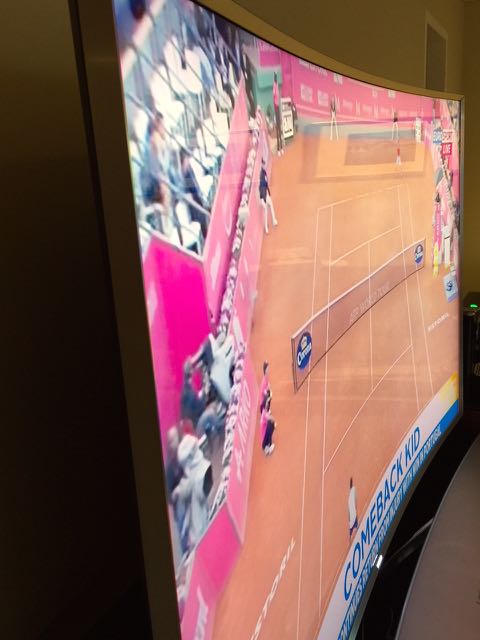 Some upscaling can look really artificial and cartoon-like but that wasn’t what we saw with this Samsung TV. It looked pristine.

With the popularity of subscription video on demand services like Netflix you are able to stream high definition even UHD 4K in some cases.

Through the onboard Netflix app on the Samsung TV we were able to access all kinds of content including full HD and UHD 4K.

The streaming UHD 4K content looked like an upscaled full HD file which was still quite impressive.

But what really showcased every pixel on the Samsung TV was the native UHD content we were able to view from an attached hard drive.

The detail and sharpness was breathtaking. 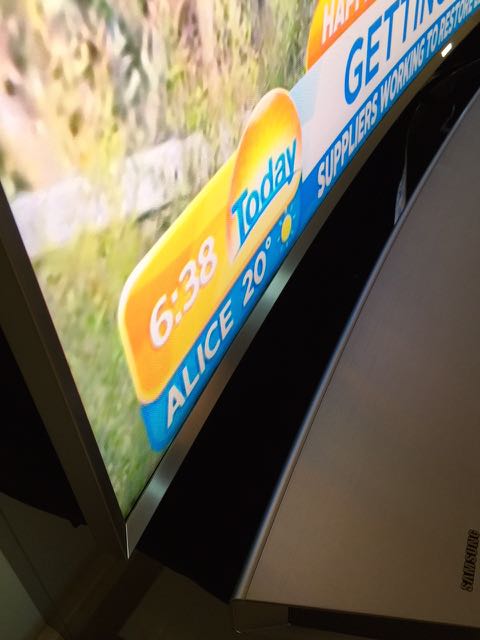 One thing that’s impressive about the Samsung 65-inch curved Series 9 JS9500 SUHD TV is the speed of operation thanks to the onboard octa-core processor.

It turns on almost instantly so you can be watching something within seconds.

The TV is powered by the new Tizen operating system which really simplifies the operation of the television from set-up to navigating your sources, your content and the onboard features.

It is quite a visual interface and that helps it become more intuitive for users.

When you turn the TV on in the morning a new feature called Briefing on TV can sync with your compatible mobile device and remind you of your meetings and show you the weather to get your day started. 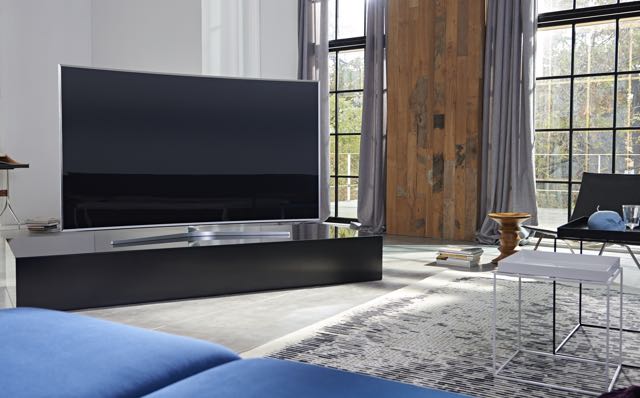 Sound quality could have been better on the Samsung TV. It was a little thin for such a large screen. For a TV that costs $9,999 we thought there would be better audio quality.

But there are a range of soundbars that fit with the curved shape of the TV but that means spending between $999 and $1,699 for the enhanced sound quality and the addition of a subwoofer.

The Series 8 Curved Soundbar we used with the TV was excellent – at $1,699 we expected nothing less. It’s just a shame it wasn’t already a part of the TV.

There was a tiny glitch we found when we were using the TV.

It would occur when switching from Netflix back to free-to-air TV. We found we had no picture and could only hear the program. To resolve this this we had to switch off the TV and turn it back on again.

Samsung’s new SUHD TVs offer a major step up in design and picture quality and present cutting edge features across the board.

With the connectivity options, access to a wide range of content and ease of use, the new Samsung TVs have created a new standard.