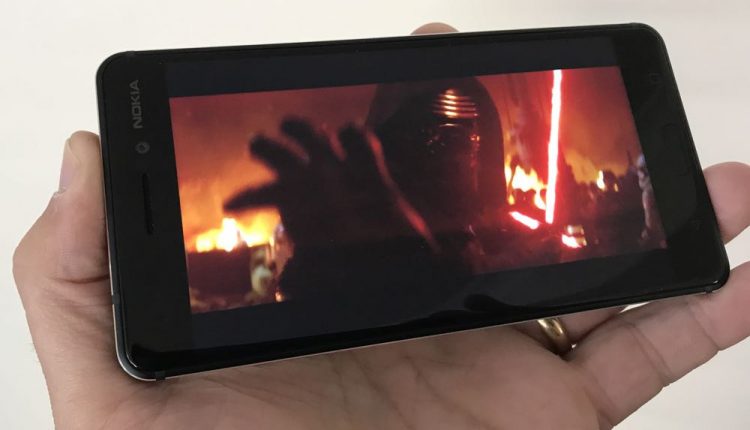 There aren’t many brands which people remember fondly. Nokia is one of them because it was many people’s first mobile phone. Now Nokia is making a comeback of sorts with the new Nokia 6 that is finally running Android.

One wonders what Nokia’s fate would have been had they have adopted Android when it was first available a number of years ago.

Nokia chose a different path and the brand has been on quite a journey ever since.

But the company has now returned home – they are now in the hands of Finnish HMD Global – and making a bold return to the smartphone market.

The Nokia 6 is the leading product in the company’s portfolio of Android devices.

There is also the Nokia 3 ($249) and the Nokia 5 ($329). There never has been and never will be a Nokia model starting with the number 4 because the company believes it’s bad luck – a common superstition in East Asian countries.

For our review, we had a look at the Nokia 6 which is priced at an affordable $399. 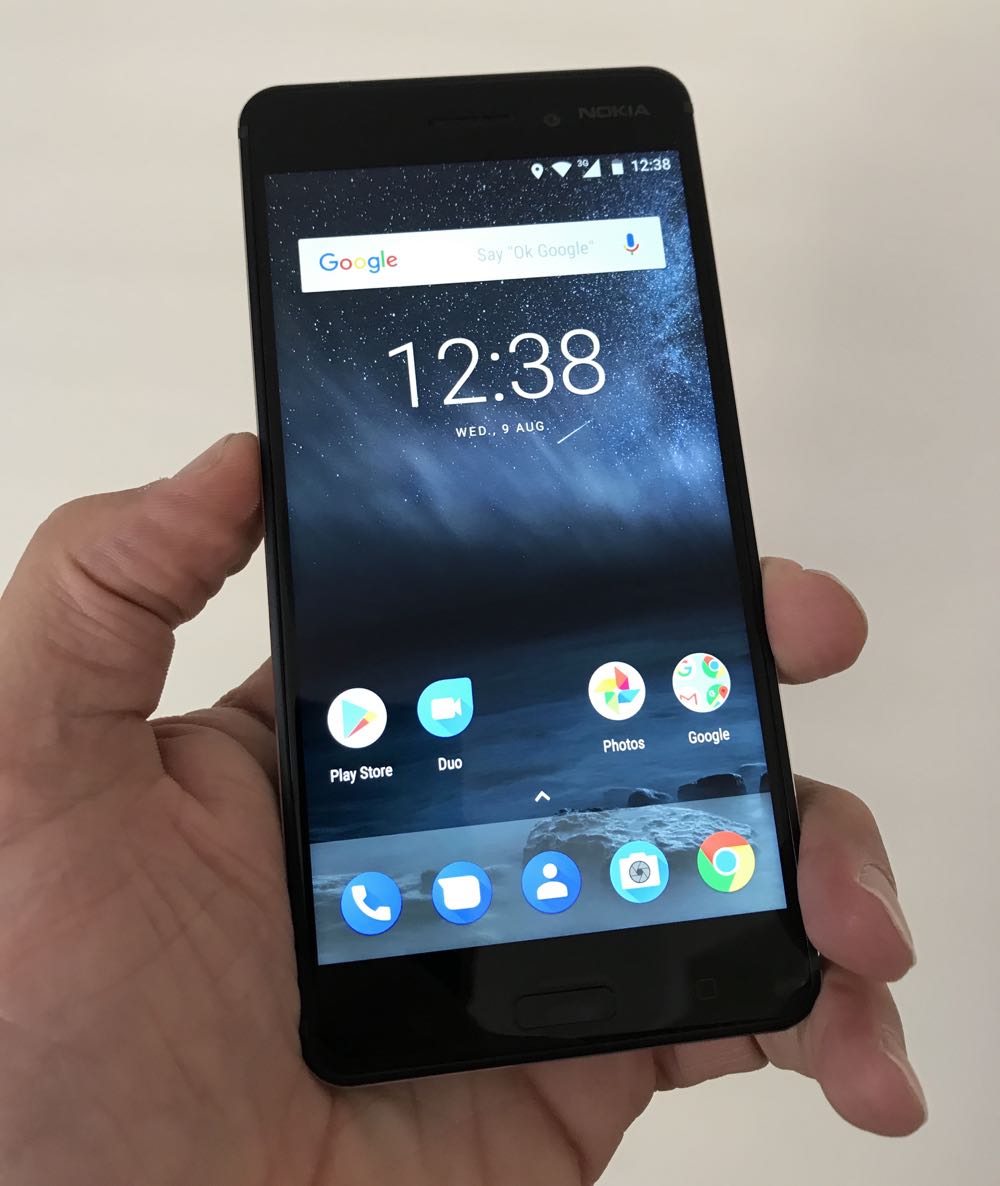 First thing you’ll noticed with the Nokia 6 is the impressive design. The company has always had a heritage of producing excellent products and that has continued.

It has been milled from a solid block of aluminium and sculpted with a gently curved rear panel and chamfered edges that catch the light. 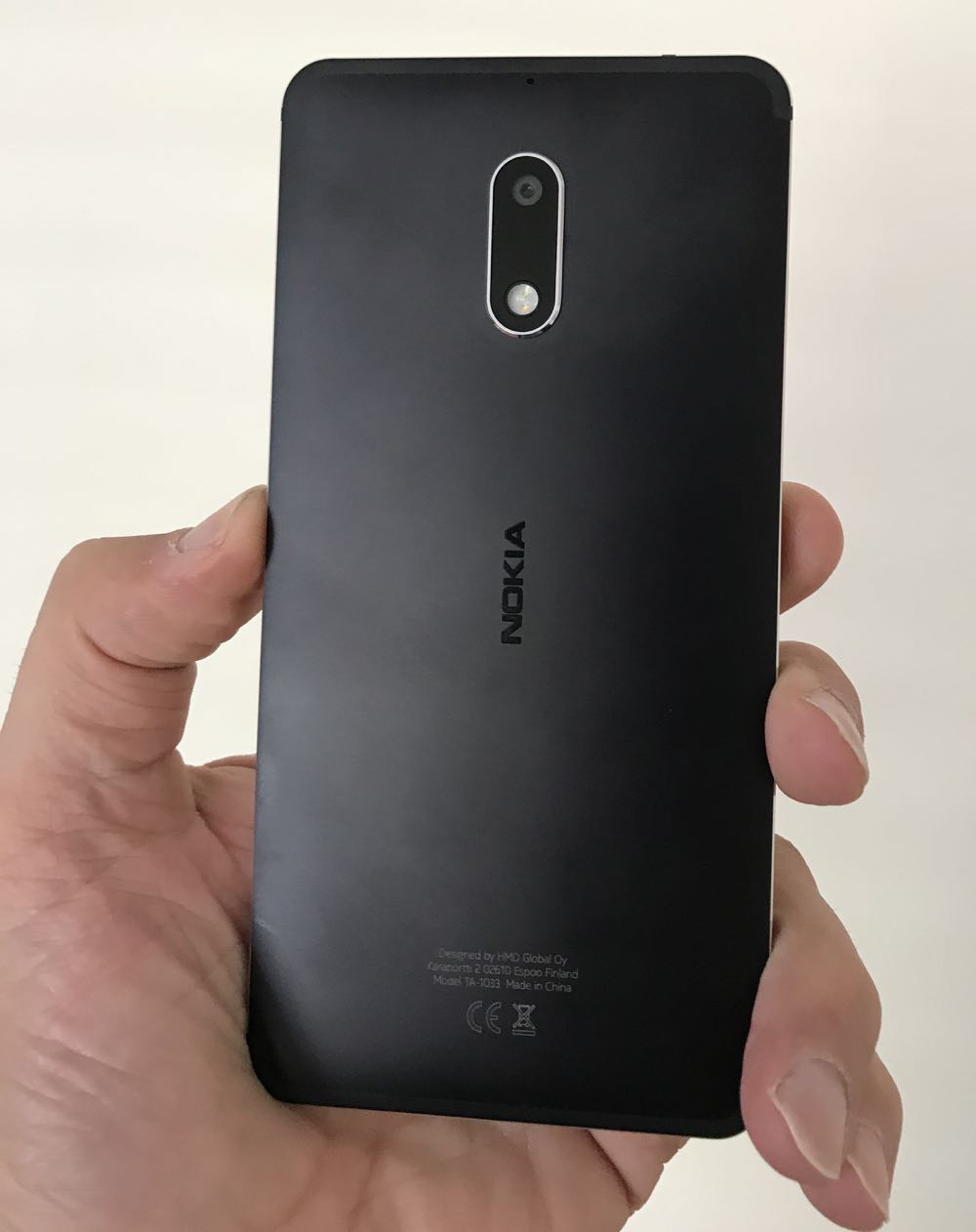 On the front, the Corning Gorilla Glass covering the screen also seamlessly merges with the edge.

The result is a device that looks like it should cost a lot more than it does.

One thing the Nokia 6 does not have is a USB-C charge/data port. It connects via microUSB. 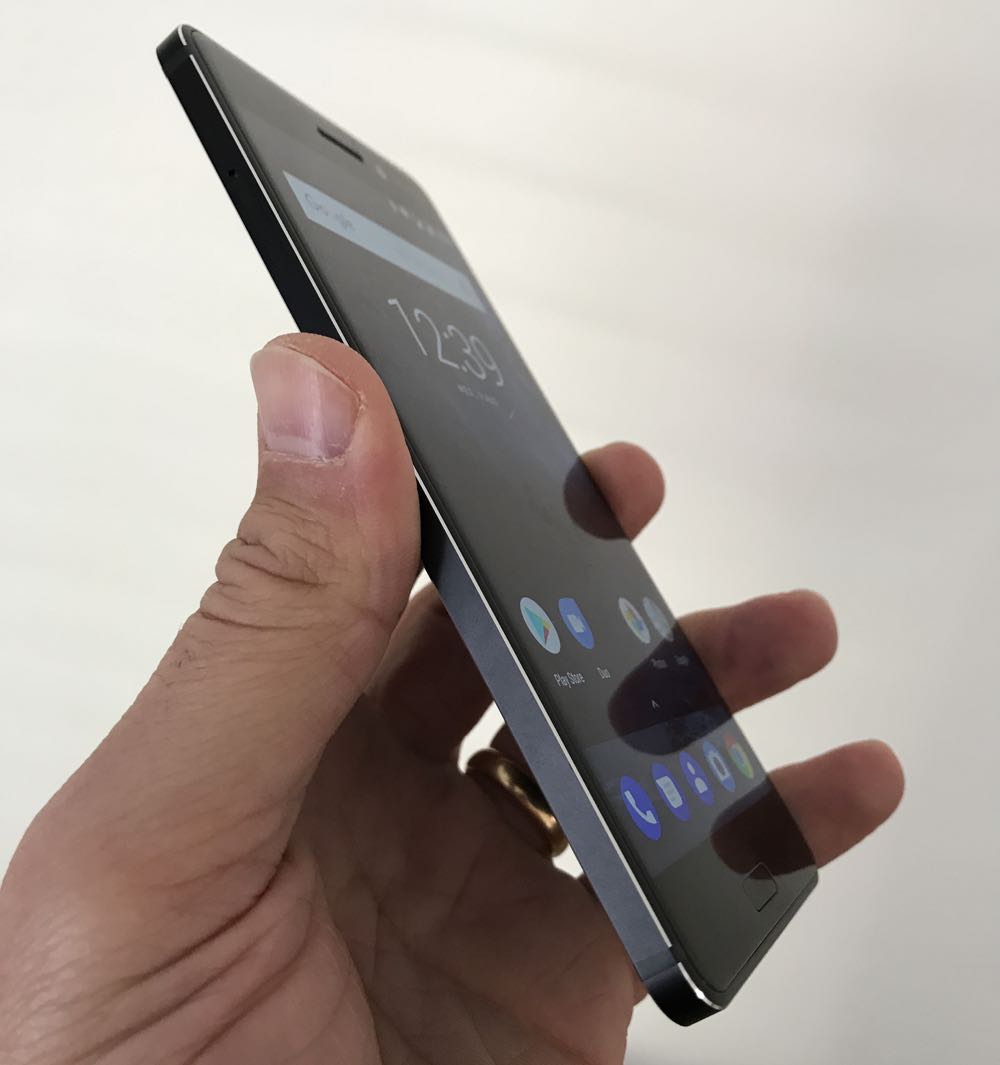 The Nokia 6 has a 5.5-inch full high-definition display that is sharp and bright with wide colour reproduction to make your content really stand out.

There is a physical home button just below the screen which also doubles up as a fingerprint reader.

The device is powered by the Qualcomm snapdragon 430 mobile processor with 3GB RAM and is really responsive.

On the memory side, there is 32GB of internal storage and a microSD card slot to expand that even further.

The Nokia 6 is running the latest Android 7.1.1 operating system which Nokia insists it will keep up-to-date regularly. 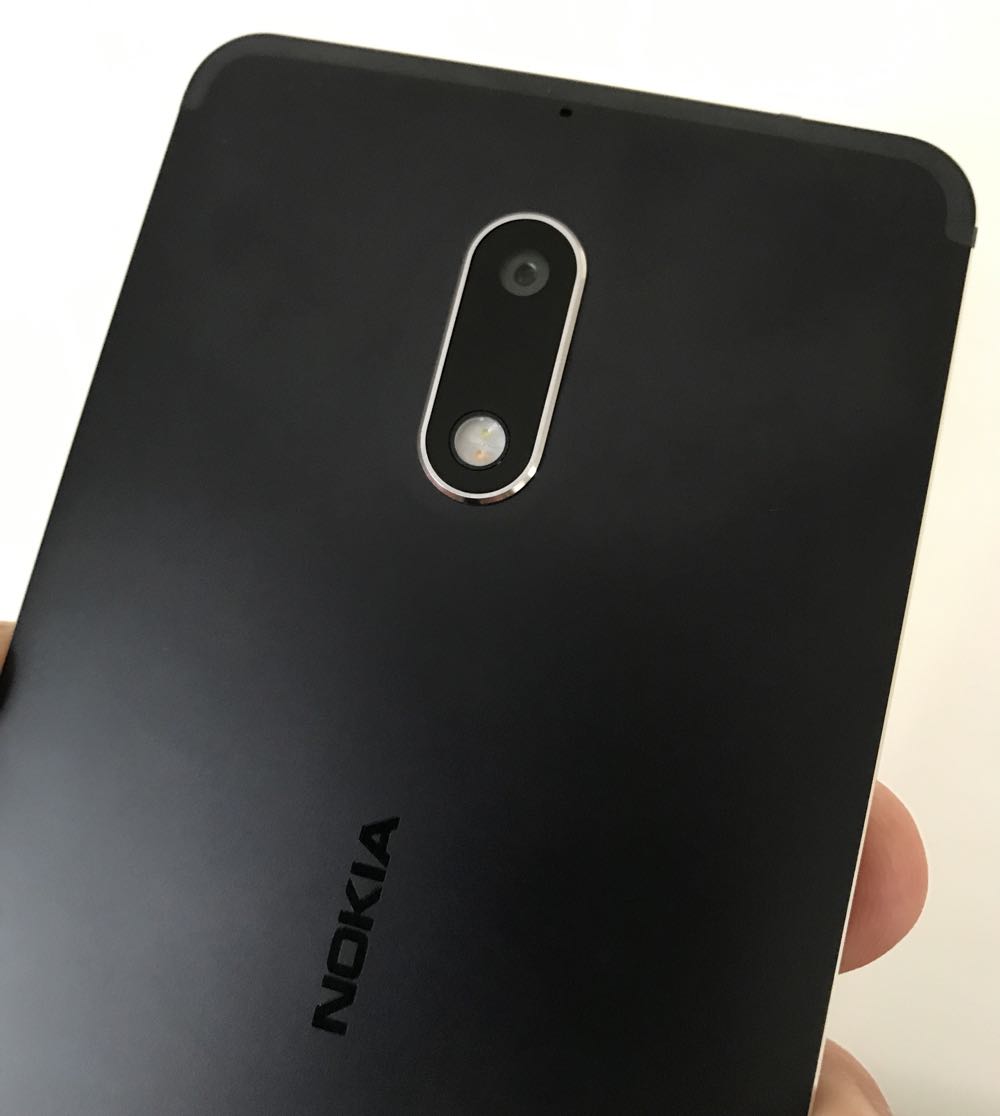 What we liked about the device was the fact that Nokia has kept the Android experience pure and hasn’t added a thick extra layer of user interface.

Instead you’re getting an Android device that would pass for a product made by Google itself.

One feature we really wanted to single out was the audio capabilities of the Nokia 6.

On board is an amplifier that can provide immersive Dolby Atmos sound.

Whether you’re listening with or without headphones, it offers a remarkable listening experience with sounds appearing to come from around you, behind you and from above. 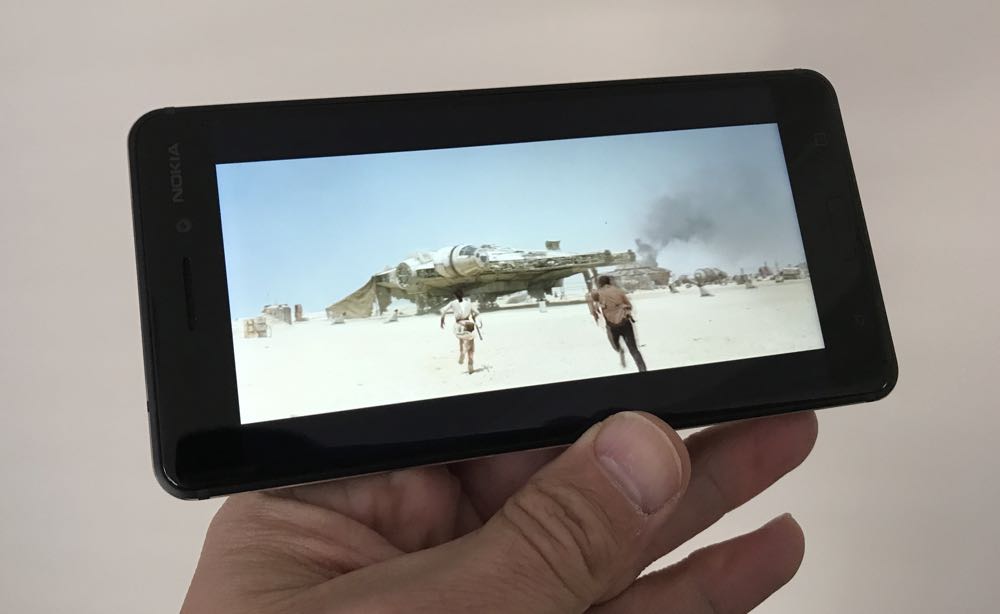 The dual speakers would have to rate as some of the best we’ve heard on a smartphone.

They also sounded great when we were listening to music as well so that would eliminate the need to pair a Bluetooth speaker.

This makes the Nokia 6 an ideal entertainment companion when you’re on the move.

The Nokia 6 has a 16-megapixel phase detection autofocus main camera and a front 8-megapixel camera.

The rear camera is backed up by dual tone flash so your images look natural.

Quality of the images is really impressive with plenty of detail and great colour.

One thing we noted with the camera shutter was its slight lag.

When we took a photo, it would take a couple of seconds to appear in the bottom right corner.

Upon closer inspection, it turns out it’s not the shutter that takes a couple of seconds to react but rather the preview showing you your last shot.

This may confuse users who may think the shot hasn’t been taken. It has, it just hasn’t shown up on your screen yet.
That was the only issue with the camera. Apart from that it was excellent

Another area where Nokia has not disappointed is with the battery.

The 3000 mAh battery helped us cruise through an entire day and well into the evening.

It helps having a larger device because you can fit in a larger battery.

The Nokia 6 is about the same size as the iPhone 7 Plus.

The Nokia 6 is priced at just $399 and will appeal to entry and mid-level users and anyone who wants a higher quality device that’s not going to break the bank.

Nokia has made a triumphant return with this device. The Nokia 6 is one of the purer Android devices you’ll find and at a price that will put it into even more people’s hands.

CONS: No USB-C connectivity, slow to show preview of image in the camera. VERDICT: Nokia has made a triumphant return with this device. The Nokia 6 is one of the purer Android devices you'll find and at a price that will put it into even more people’s hands.