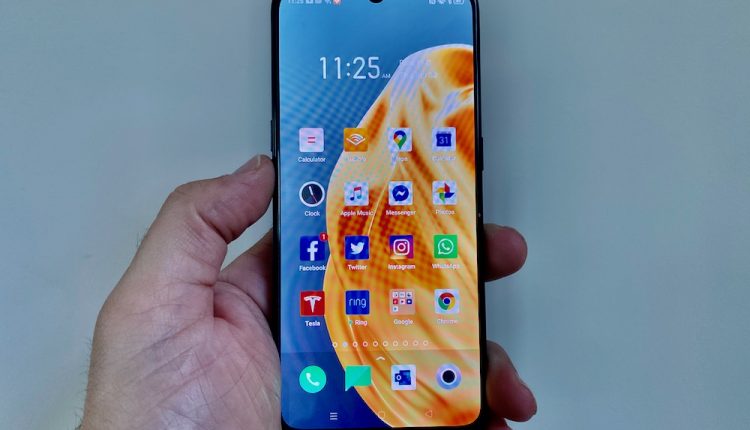 The Oppo A91 wears a flagship skin and includes top shelf features in a powerful and well-designed package that offers a premium experience without a premium price tag.

Finding a more affordable smartphone that still offers some premium features is a challenge but one such device is the Oppo A91 which has brought things like an AMOLED display and an in-screen fingerprint reader to a device that’s under $500.

Even with the included silicone case it’s still pretty svelte – and you’re protecting it as well.

It has a 6-4-inch FHD+ AMOLED display which offers noticeably better quality than an LCD screen. There’s also a screen protector on the display right out of the box.

It also has a nice glossy rear panel and a quad camera system.

There’s a small tear drop notch at the top which is hardly intrusive – in fact, it has a 90.7 per cent screen to body ratio – impressive for a device of this price. 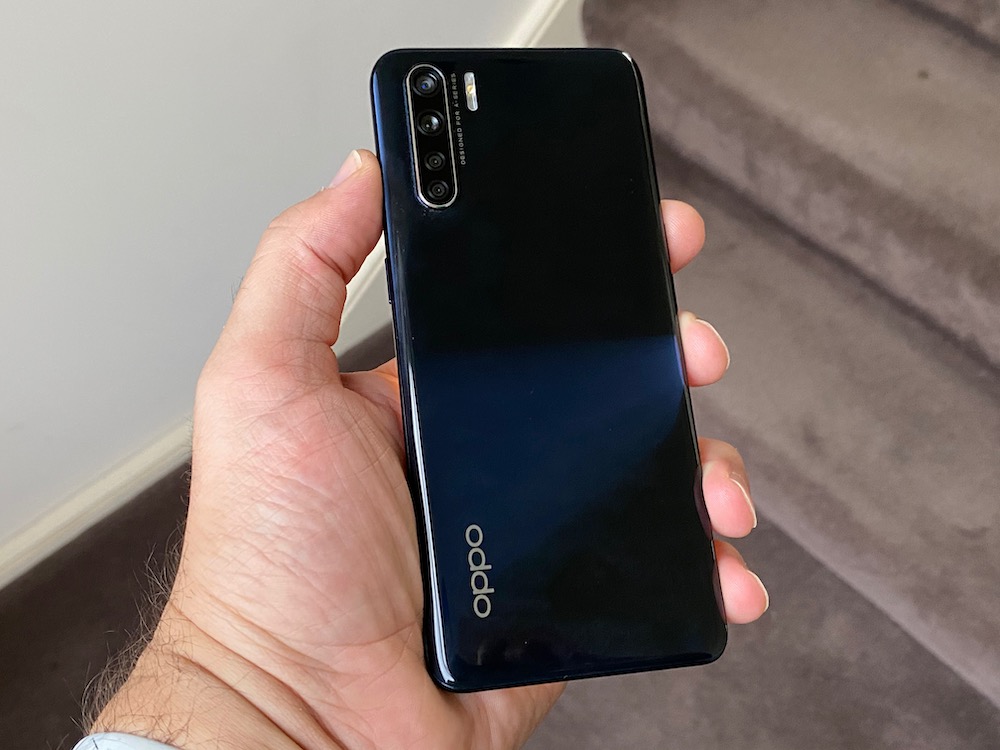 The Oppo A91 runs the colorOS user interface on top of Android 9 which in many ways looks like Apple iOS that runs on iPhones.

So if you’ve used an iPhone before, there will be a lot that will look familiar including the camera app and settings.

And there is also a headphone jack for those who still want to connect their headphones with a cable. 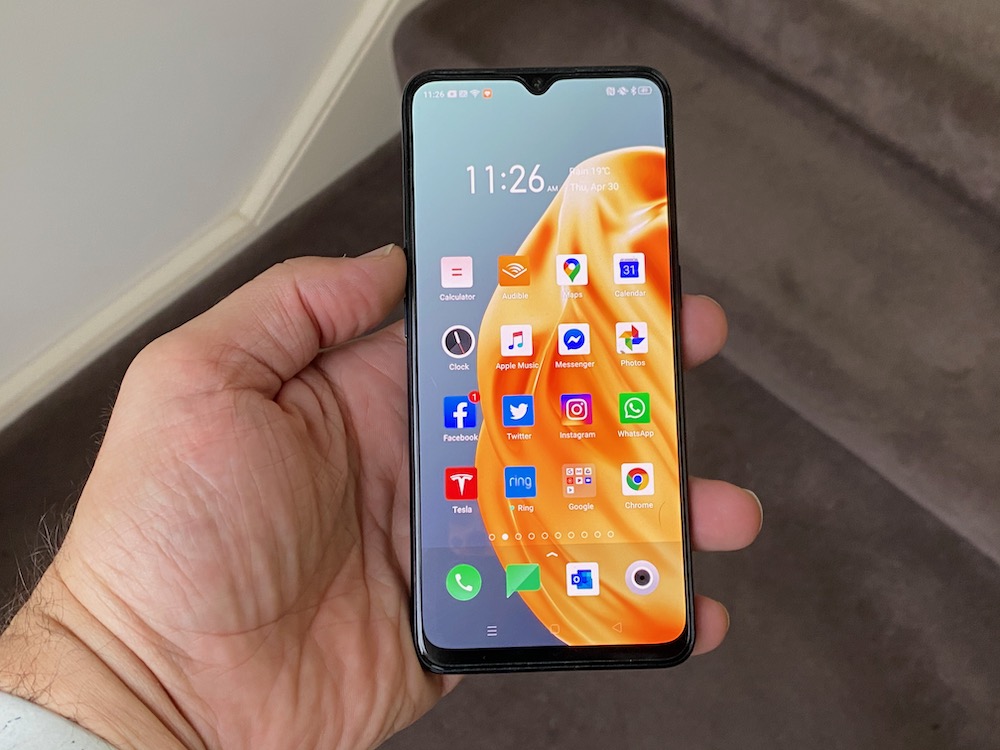 On the performance side, there’s 8GB RAM and it’s powered by the MTK MT6771V processor – that will probably mean nothing to you but suffice it to say you’re not going to hanging around waiting for the device to unlock, to open an app, moving between pages and navigating the menu and camera.

What’s also impressive on a phone of this price is the fact you have BOTH face unlock and an in-screen fingerprint reader which work instantly. 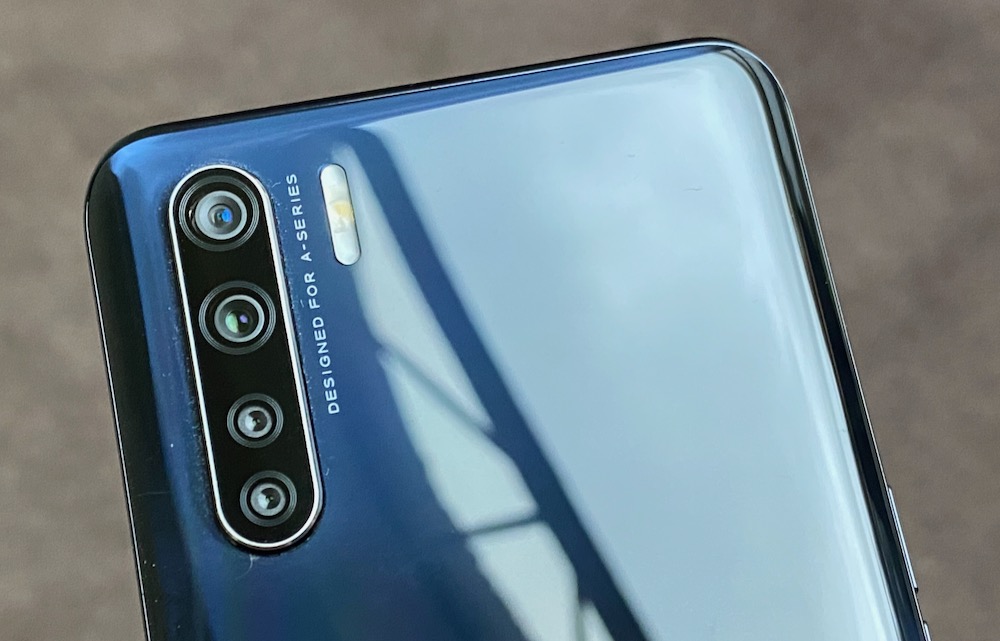 The camera also punches well above its weight here with four lenses on the back – 48-megapixel, 8-megapixel and two 2-megapixel lenses.

It uses a 4-in-1 pixel combination which delivers sharper images and impressive results in low light.

The ultra-wide lens opens up a 119 degree field of view to fit even more in your pictures. 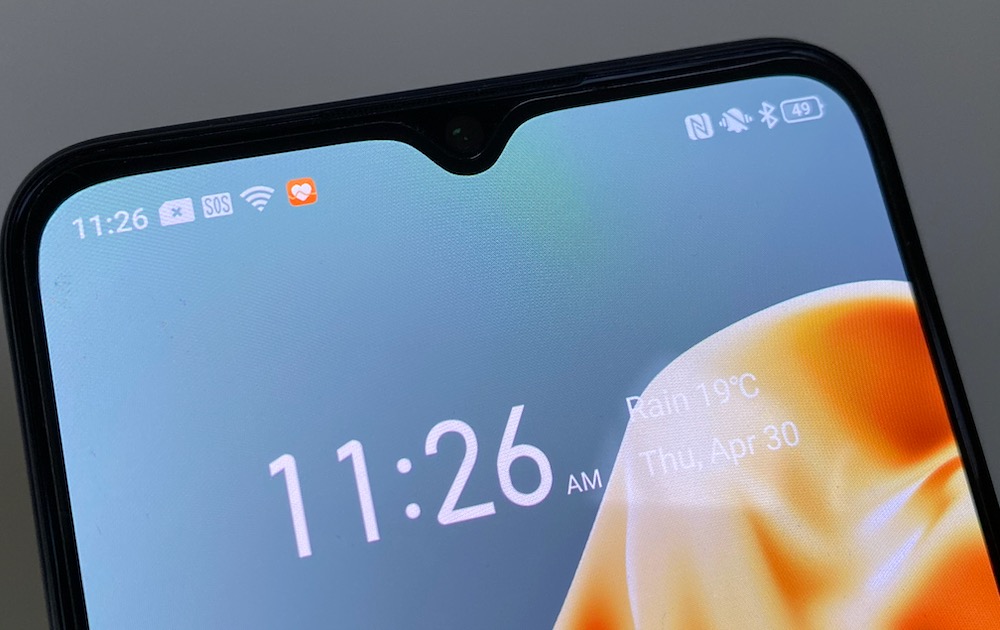 It’s quite a capable camera in a variety of situations. The quality of the images is unquestionable – sharp, punchy and with accurate colours.

The A91 can also recognise what’s in the frame and optimise the image based on what it detects.

For example, it knew when we aimed the camera at our dalmatians – it said puppy on the screen. 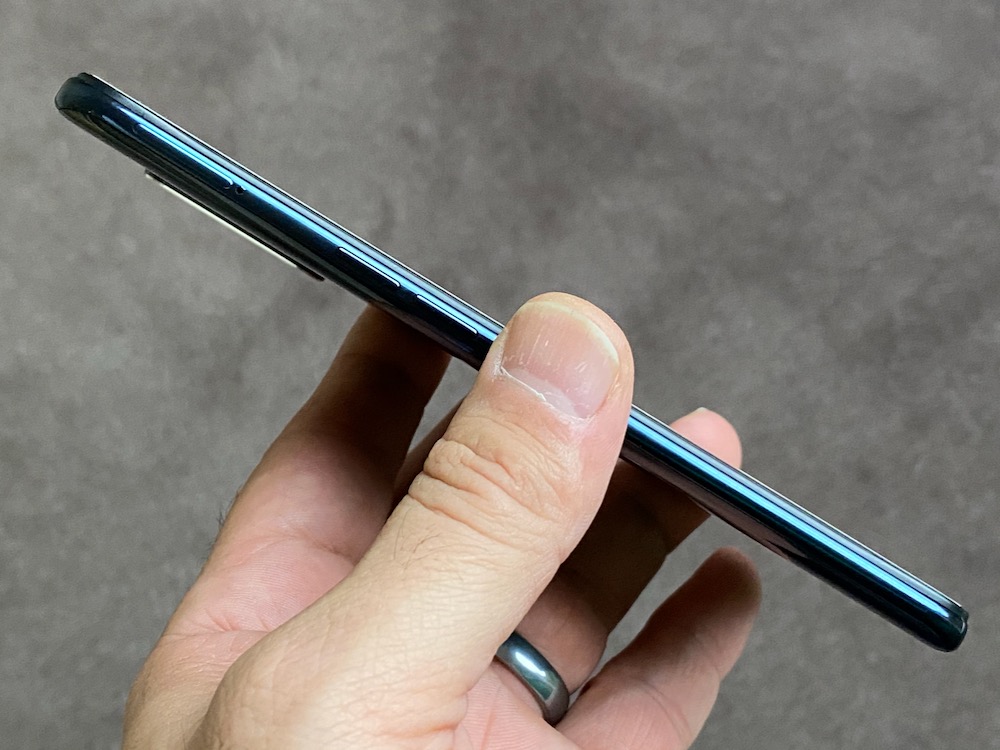 It can do the same thing for other objects as well as blue sky, grass, sunsets and the ocean.

There’s also a portrait mode which also adds beautification (can’t knock that back) and macro mode to get really, really close to objects and photograph them. 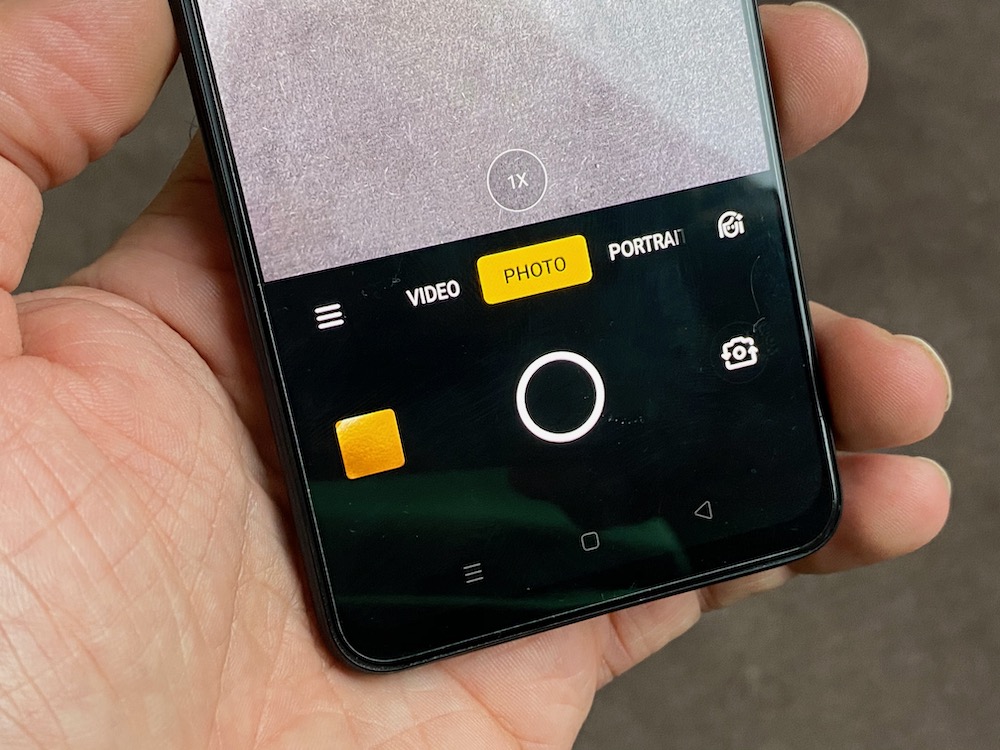 The beautification algorithm has been improved and it can smooth out your skin, remove blemishes and even make your face look thinner. Perfect for getting those selfies right.

And when you’re shooting video – there’s also a decent image stabilisation at work. But you can only shoot full high definition – 4K is not an option.

Oppo’s A91 camera won’t disappoint – it offers quality and versatility.

Now what about the battery? With a 4,025mAh capacity, the A91 smashes through a single day – in fact it’s closer to two days of charge.

It also has VOOC 3.0 fast charging so you can get 11 per cent charge in 5 minutes and 52 per cent in 30 minutes – handy when you’re running low but need to head out.

There not much we didn’t like about this phone.

One thing was the lower volume levels when we were listening to music or an audiobook. Even at full volume it was nowhere near as loud as other devices. If you want to crank your music – this could be a deal breaker.

These are minor issues for a device that offers flagship feature at half the price.

The Oppo A91 is available now in two colours – Lightning Black and Blazing Blue – for $499 from JB Hi-Fi, Officeworks, Amazon, MobileCiti and Woolworths Mobile. 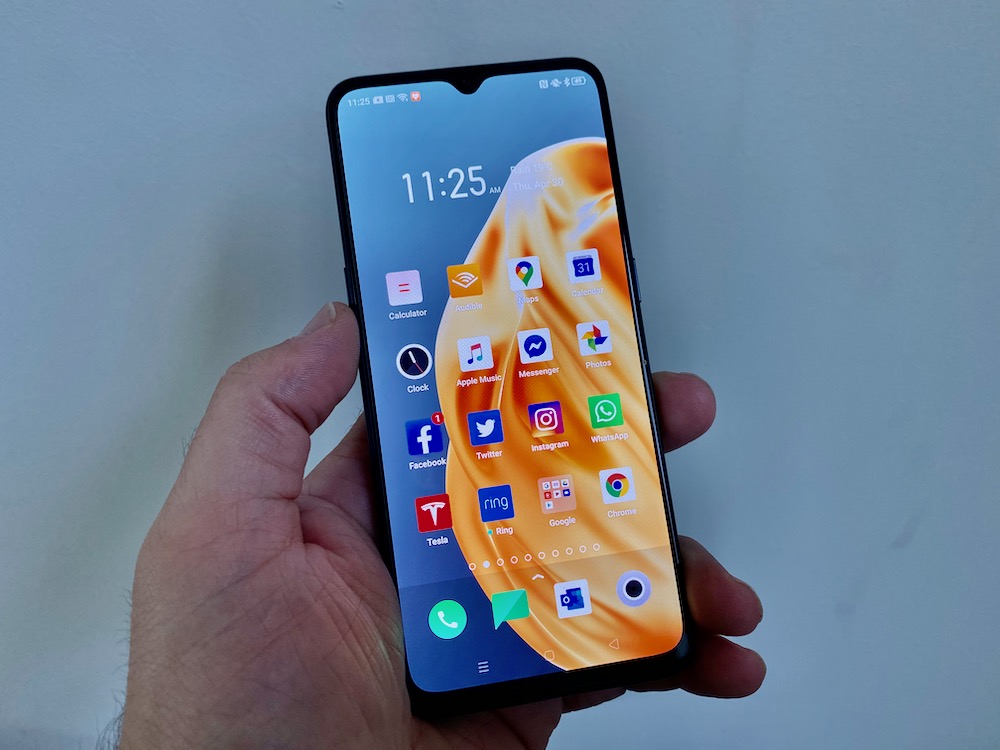 The Oppo A91 wears a flagship skin and includes top shelf features in a powerful and well-designed package that offers a premium experience without a premium price tag.