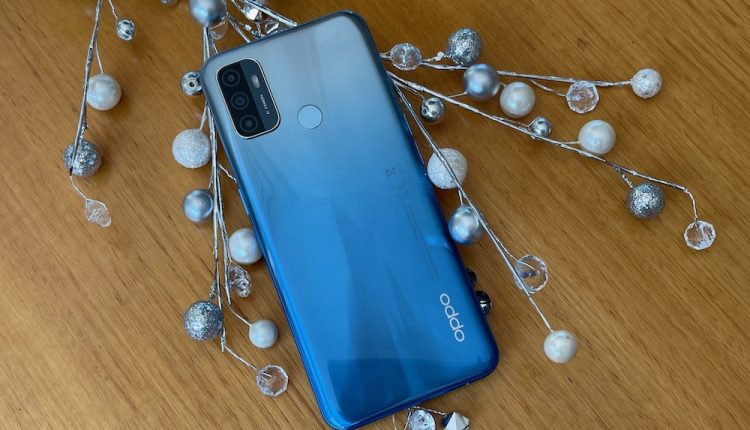 The Oppo A53S is a smartphone with a lot to offer. It has a range of sensible and high-quality features with a smart design and affordable price.

The great thing about entry level and mid-tier smartphones today is that two or three years ago they would have been considered a flagship device. The new Oppo A53S is a great example of this.

Oppo has managed to produce a device that delivers a flagship experience with a smartphone that’s priced at just $349.

It’s going to be a big year for mid-tier smartphones thanks to the trickle-down effect we’re seeing with features that were once top shelf now standard at this level.

This phenomenon is also driving the big brands who really have to push the envelope and rely more on innovation than the strength of their name to expect customers to pay more than $1500 for their devices.

Oppo’s A53S is actually as close to the entry level than it is to the mid-tier.

Anyone we showed the phone to was asked to guess the price and we consistently got between $499 and $799. 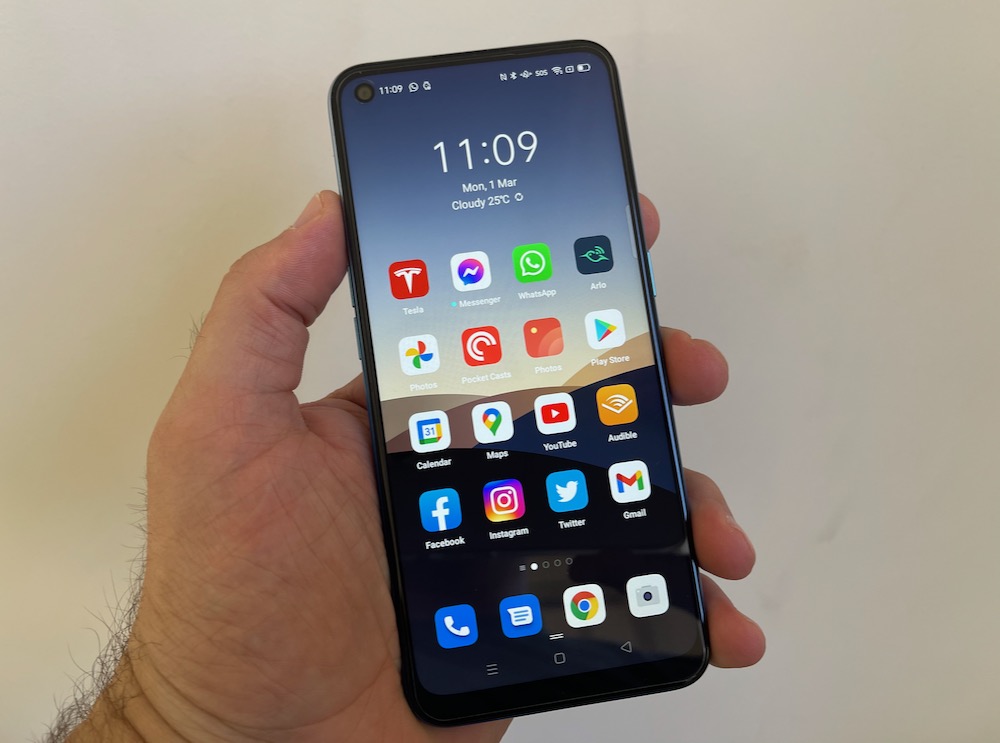 That proves that just the design and look and feel of the A53S it exudes a sense of quality usually reserved for more expensive smartphones so we’re off to a great start.

It does have a premium look with a gently curved glossy back panel.

The rear panel also has the triple camera system grouped in the top left corner not far from the fingerprint reader. 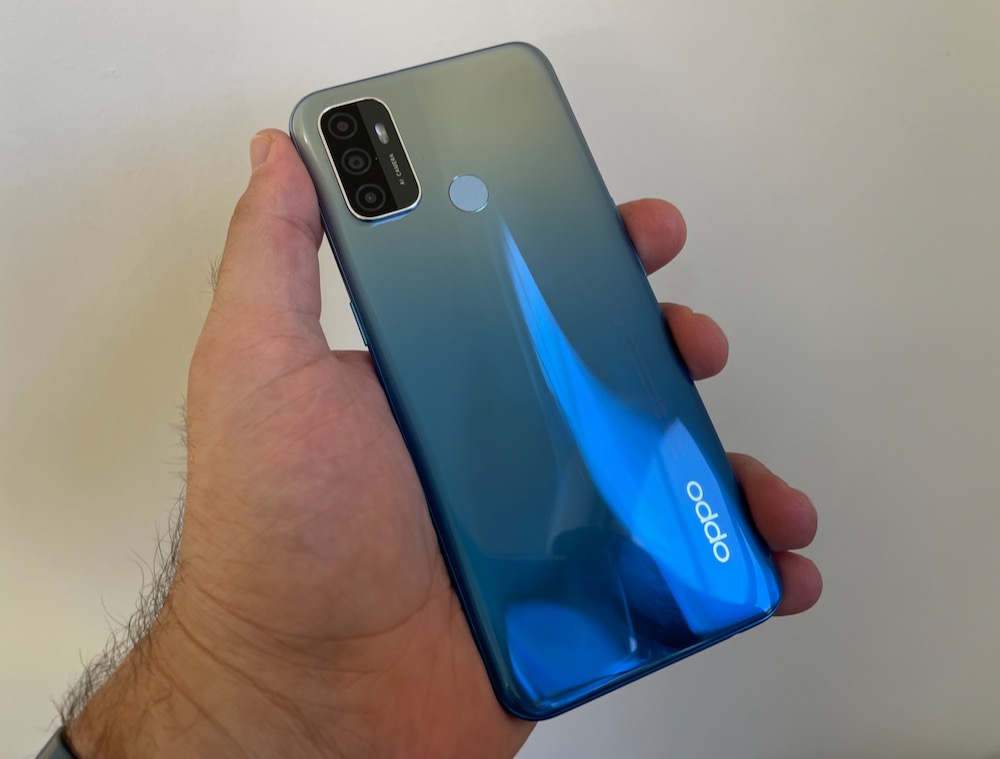 The other feature that offers a great first impression is the 6.5-inch Neo display that has a 90Hz refresh rate which makes the screen perform with a nice smoothness.

This comes into play when you’re watching videos and playing games on the device – and you can notice the difference.

The Oppo A53S is running the ColorOS 7.2 operating system which is based on Android 10. But ColorOS doesn’t look like Android. 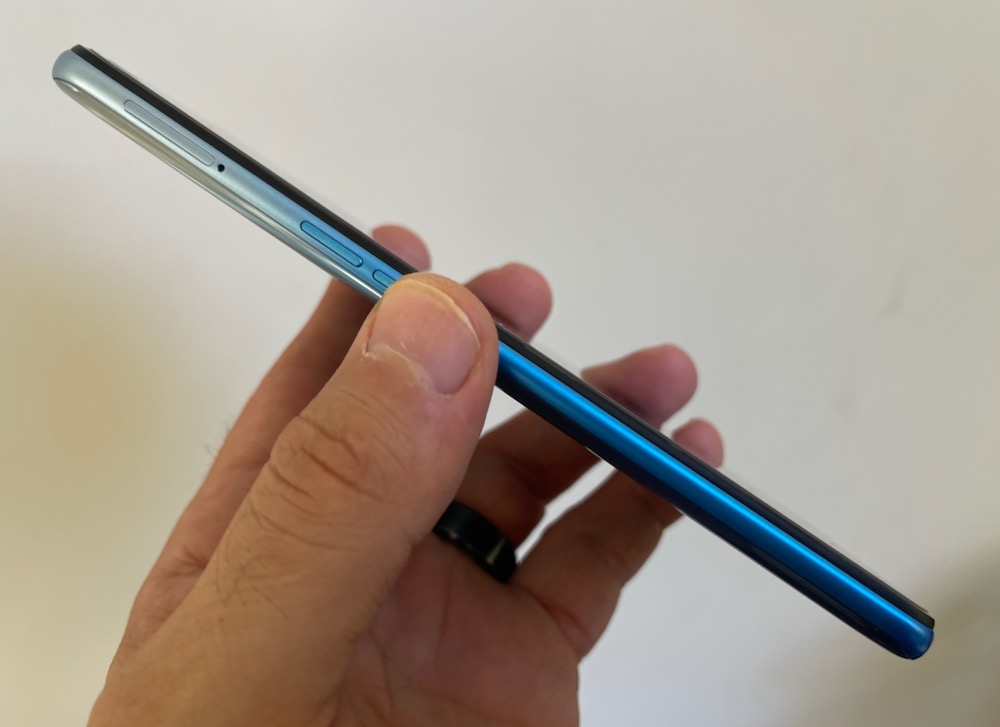 In fact, it looks more like the iPhone iOS so that’s a refreshing change but also something familiar to a customer who might be moving from an iPhone.

There have always been a lot of similarities right to down the camera interface which is virtually identical to the iPhone’s camera.

Under the hood is 4GB RAM and 128GB onboard memory that’s backed by a dual SIM card tray that’s also got room for a microSD card to expand the memory even further.

Performance-wise the Oppo A53S is no slouch thanks to the octa-core processor powering the device so it’s quite responsive.

What’s also impressive is the security with a fingerprint sensor and impressive face recognition that unlocks the device a second after seeing you.

One feature that sells customers on a device is the camera and the Oppo A53S delivers with a handy camera system that offers plenty of options to come up with some great results.

These lenses work together to produce images that are crisp and colourful especially when you turn on Dazzle Colour mode to bring dynamic colour to your images.

You can also capture bokeh portrait shots with a blurred background.

But a favourite for those who love a selfie is the AI Beautification mode which appears as a slider at the bottom of the screen to adjust the level of beautification required.

In this mode, the camera smooths out your skin and removes blemishes and other imperfections.

The macro lens also works well if you like to get up close to small objects.

On the video side the maximum resolution is 1080p which is fine for capturing video to share on social media.

Another handy feature of the Oppo A53S is the multi-user option which allows you to set up a guest profile and spaces that keeps everyone’s data private.

We can imagine a parent using this feature so their child can use the device without interfering with their apps and files.

The A53S has a 5,000mAh battery that can power the device for up to two days on a single charge.

During our review using the Oppo A53S as our daily driver we got well past a day and half of use.

And it has 18W fast charging so you can quickly top up the battery or do a full recharge pretty quickly.

There were some things we didn’t like including the time it took to unlock sometimes after being locked for a while.

We also found the camera shutter had a slight lag at times. 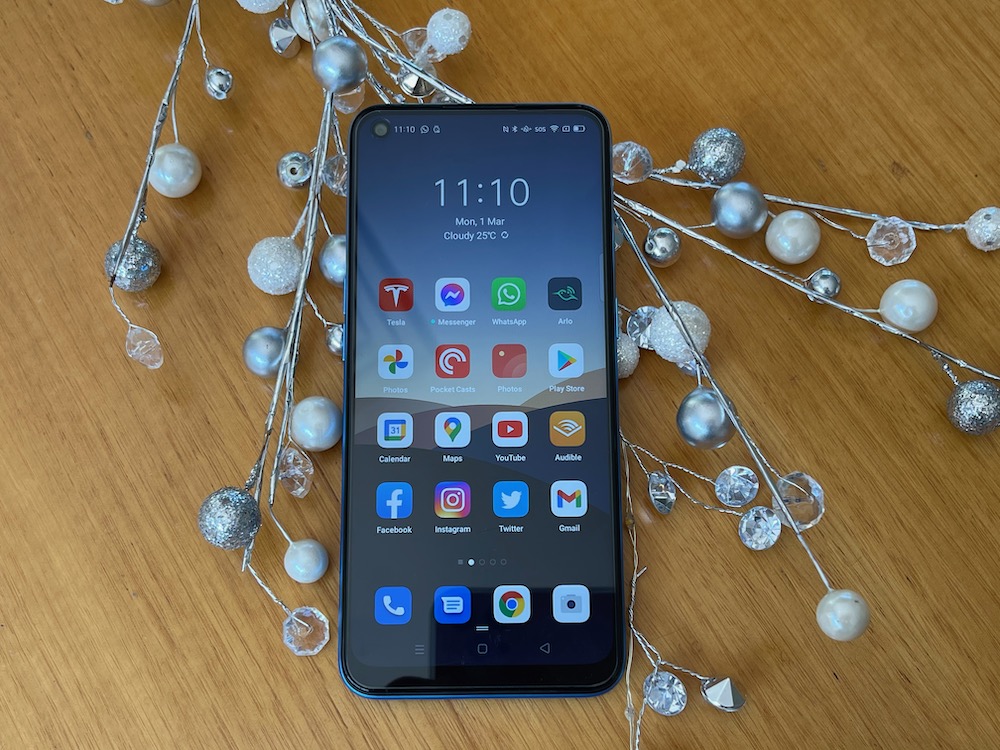 But these were relatively minor issues.

The Oppo A53S is available now in Fancy Blue and Electric Black from JB Hi-Fi. It’s priced at $349.

The Oppo A53S is a smartphone with a lot to offer. It has a range of sensible and high-quality features with a smart design and affordable price.