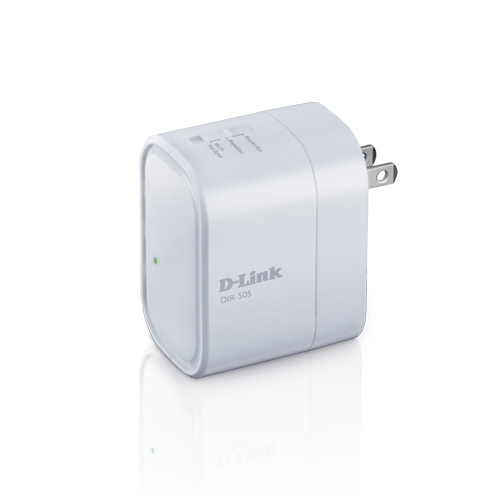 D-Link has released a new all-in-one mobile device which allows users to deploy their own wireless network from an existing wi-fi or wired network.

The D-Link DIR-505, which looks like a mobile phone’s wall power adaptor and is about the same size, has a number of benefits for users on the go and business travellers.

With mobile products like smartphones and tablets on the rise, the D-Link DIR-505 is a handy addition to keep all of those devices connected.

The product can provide a share point to distribute files from a flash drive or external hard drive which connects to the built-in USB port.

And because the built-in USB port can double as a power source, users can leave their chargers at home as well.

The D-Link DIR-505 can also act as a wi-fi router. The built-in Ethernet port means you can also connect a network cable and create your own wireless hotspot.

This is a handy feature for users who want to connect multiple devices to a single hotel room connection without the need to pay for multiple connections on your room bill.

The products has four main modes:

Connect multiple devices through the D-Link DIR-505 in an existing wi-fi or wired network to avoid paying for multiple wi-fi access points in a hotel, for example.

In this mode the DIR-505 can connect multiple devices together wirelessly so they can communicate with one another without being exposed to the internet and other computers.

Share a single wi-fi connection with multiple devices which is useful in a hotel, café or airport to avoid paying for multiple connections but also provides an added layer of security.

The D-Link DIR-505 can also be used to strengthen existing wi-fi networks and extend their range into dead spots in your home or office.

The D-Link DIR-505 will be released in the coming weeks. Pricing will be announced at launch.

Netgear Genie lets you monitor and control your network