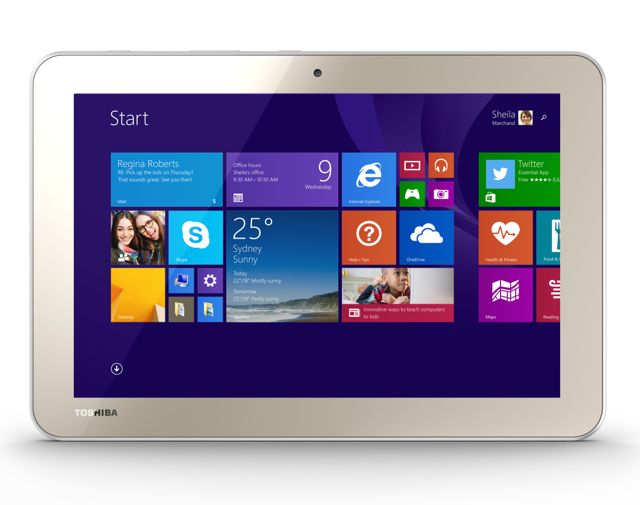 Toshiba has released an encore to its Encore tablet – a lightweight and affordable 10.1-inch device that’s running the full licence version of Windows 8.1.

The Encore 2 has a sleek and stylish design and offers the power of a PC and a tablet in a single product.

Onboard is a fast Intel quad-core processor and your choice of 32GB and 64GB internal storage capacities. There is a microSD card slot to make it possible to increase memory by up to an extra 128GB.

On the connectivity side there is wi-fi and Bluetooth to link a wireless keyboard, a microUSB port, a micro HDMI port and Miracast to wirelessly mirror your screen on a smart TV.

And there’s no worry that the Toshiba Encore 2 will run out of puff too quickly.

Toshiba says the onboard battery will run for 8 hours under normal usage and for 11 hours of video playback.

And with the full licence version of Windows 8.1 pre-installed along with a one-year subscription to Office 365 Personal included, the device is ready to use right out of the box.

Tech Guide Episode 106 to keep you updated and educated