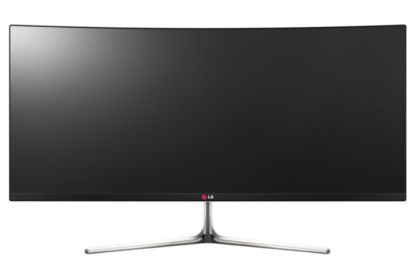 LG will unveil a an ultra-widescreen curved monitor as one of its star new products at IFA 2014 – the annual consumer electronics trade show – in Berlin.

The curved 34-inch computer monitor has an aspect ratio of 21:9 and is aimed at professionals and home entertainment users alike.

And on the home front, it can also be useful for running several applications on the screen at the same time but its strength will be watching movies and playing computer games.

The curved monitor is compatible with PC and Macs and will have a Quad HD resolution of 3440 x 1440.

It also supports Thunderbolt 2 for high-speed data transfer and which is four times faster than USB 3.0.

Also due to be revealed by LG at IFA is a 31-inch Digital Cinema 4K monitor with a resolution of 4096 x 2160 – the equivalent pixel count as four full high definition screens.

The other LG product to go on show at IFA will be a gaming monitor that’s specially designed to handle the fast paced action of first person shooters.

The screen has a refresh rate of 144Hz so the fast moving images and videos are smoother than ever before.

Also onboard is LG’s DAS (dynamic action sync) mode which reduces input lag so players can react to what’s on the screen even faster.

IFA kicks off in Berlin on September 5 – and Tech Guide will be there to bring you the latest product news.

Kids not calling back? New app locks their phone until they do