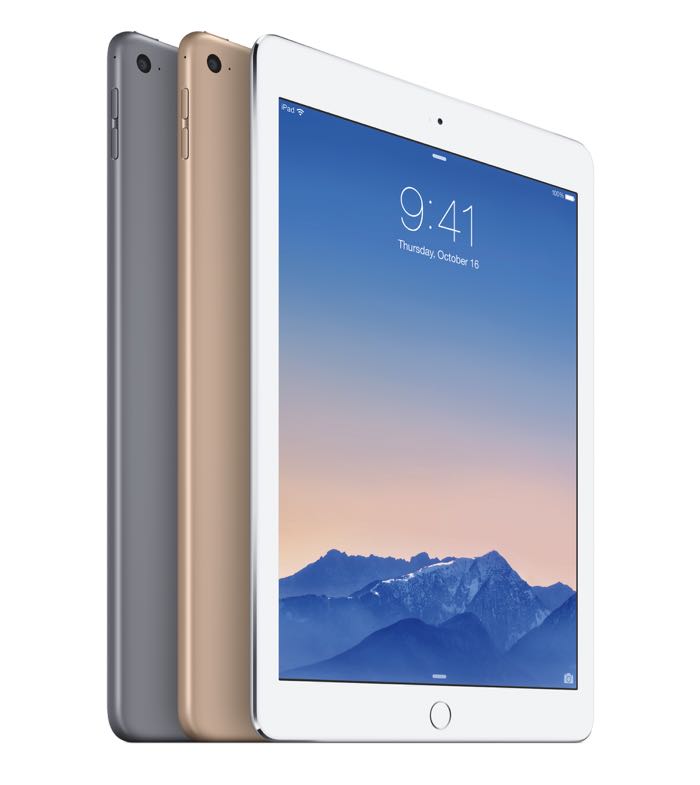 Apple today unveiled the iPad Air 2 and taken the device to the next level with a range of new features and its thinnest design ever.

Unveiled today at a special event at the Apple campus, the iPad Air 2 is just 6.1mm thick – 18 per cent thinner than last year’s iPad Air – and weighing just 437g.

But the new iPad Air 2 is still so thin you’d be able to stack two of the new Apple devices and still be thinner than the original iPad released in 2010.

The iPad Air 2 will go on sale in Australia later next week and will be available to pre-order from tomorrow. Pricing will start at $619.

Apple has also added Touch ID to the device so it can now be unlocked with your fingerprint like the latest iPhones as well as authorise purchases.

The biggest improvements for the iPad Air 2 are under the hood with the new A8X processor that is 40 per cent faster than its predecessor.

This enables the iPad Air 2 to run the latest apps with real-time processing with desktop-class performance.

Apple has also improved the Retina Display for the iPad Air 2 with a fully laminated design to bring content even closer to the user.

There’s also a new proprietary anti-reflective coating that reduces glare by 56 per cent to make the device easier to read indoors and outdoors.

Another improvement to the iPad Air 2 is the built-in iSight camera.

There’s also faster wi-fi onboard with 802.11ac that’s 2.8 times faster than the iPad Air with even more LTE bands integrated into the cellular version.

On the battery side Apple says the iPad Air 2 will run for 10 hours on a single charge.

The iPad Mini 3 also comes with most of the features of the iPad Air 2 with the exception of burst mode, slow motion video and the camera has a lower resolution of 5-megapixels.

The new iPads will be available in three colours – space grey, silver and gold and will also ship with the latest iOS 8.1 operating system.

The iPad Air 2 will be priced at:

The iPad Mini 3 will be priced at: