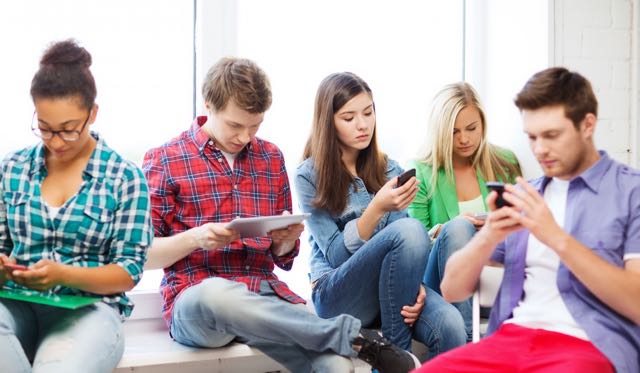 With so many free instant messaging services like Facebook Messenger and WhatsApp, it’s become overwhelming for almost half of Australian 18-24 year olds who admit they are suffering message fatigue.

In research commissioned by mobile provider Amaysim, 44 per cent of young Australians admitted that the plethora of messaging options, and trying to work out the right communication method for different people and different situations, has caused them considerable stress.

According to the study, 73 per cent of 18-24 year-olds have specific ways they communicate with particular people in their lives instead of using the same messaging platform for all.

There are more Australians in this age group using Facebook Messenger (88 per cent) than SMS (87 per cent) with Snapchat (50 per cent) and WhatsApp (27 per cent) following closely behind.

There has never been any real etiquette on the proper messaging method for your friends and family and it’s this lack of established guidelines that has 39 per cent of young smartphone users yearning for a simpler time.

But unfortunately the angst doesn’t end there.

There’s also the added stress of worrying about whether a friend or romantic interest has called or messaged.

There’s also the worry of seeing when messages have or haven’t been read, if people are online and ignoring you and when someone is or isn’t composing a reply to the message you’ve just sent.

It’s no surprise that 82 per cent of Australians aged 55 and over have virtually no stress about the way they communicate.

“In an age when we’re more connected than ever, something as seemingly straightforward as communication should be getting simpler, not more complicated and head-spinning,” Amaysim’s head of communication, Ged Mansour said.

“With SMS, Facebook Messenger, Snapchat, WhatsApp – and so the list goes on –  there’s no denying we’re spoilt for choice. With so much modern communication at our fingertips, it really is no wonder that young Aussies get sweaty palms at the thought of having to decide how to communicate.”

* Facebook Messenger is the most popular instant messaging service across all age groups by far, with more than half of all Australians (55%) using it;

* While half of all 18-24 year olds use Snapchat, usage plummets to 19% in the 25-34 age bracket, and then down to single digits in the older generations;

* 95% of Australians don’t use public payphones.