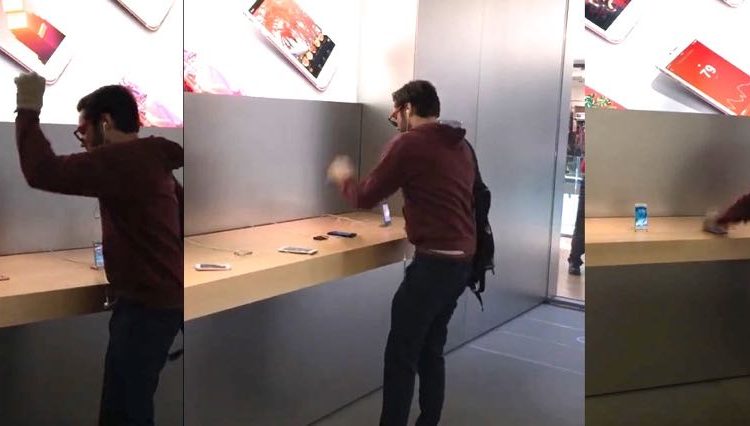 An angry customer who was refused a refund in an Apple Store has proceeded  to destroy numerous iPhones, iPads and a MacBook Air causing more than $50,000 of damage.

The French customer is believed to have walked into the Dijon Apple Store and asked for his money back.

The fuming customer claimed his European consumer rights had been violated by the refusal before pulling out a steel ball and smashing new iPhones that were displayed on the wooden tables.

In French the man is believed to have said: “Apple is a company that ‘violated’ European consumers’ rights. They refused to reimburse me, I told them: ‘Give me my money back’. They said no. So you know what’s happening? This is happening!”

The incident was captured by a shocked onlooker and shows the man destroying the iPhones while Apple Store staff stood by.

In the video we counted 12 iPhones he destroyed along with one MacBook Air but it is believed he wrecked a few more iPhones before the video recording began.

He is later surrounded by shopping centre security staff and tries make a run for it before being captured and taken into custody. 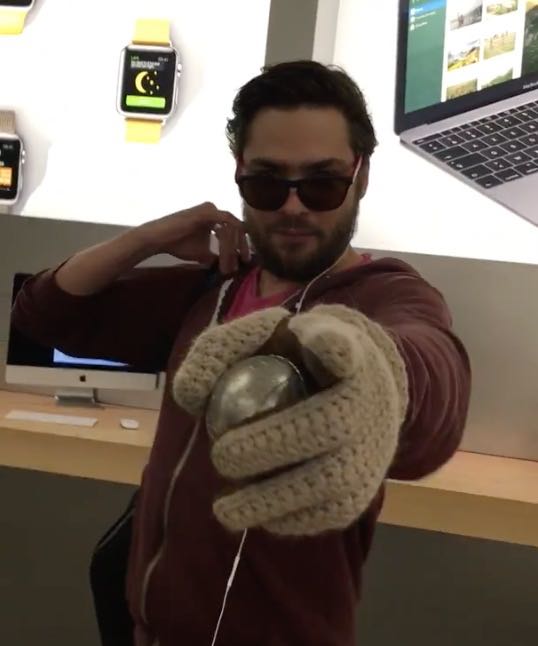 Watch your favourite mutants in 4K UHD with X-Men: Apocalypse