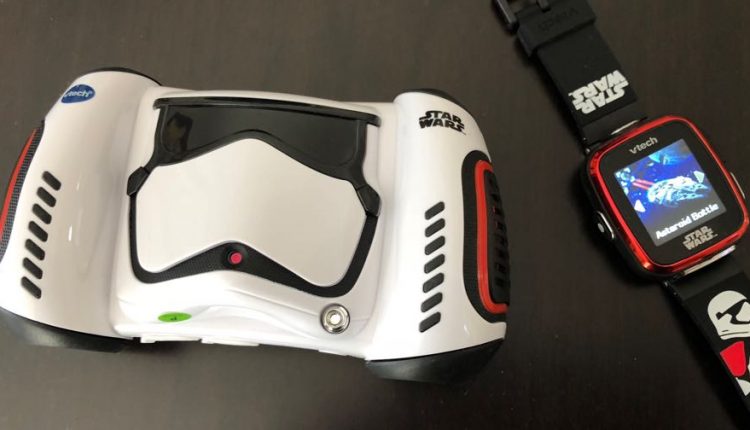 I wish the Star Wars camera watch and Star Wars Stormtrooper Digital Camera were around when I was a kid. Today’s kids have got it good these days – especially if they are Star Wars fans.

The best thing I had as a young Star Wars fans was a few action figures and a board game – nothing compared to the cool stuff you can get today.

Each has a stylised matching band with official Star Wars branding and characters.

The device has a 1.44-inch colour touchscreen and a built-in memory of 256MB – enough room to store about 1600 photos.

The camera has a 0.3-megapixel resolution for images and 320 x 240 for video and is built into the top edge of the watch so you can line up your photo while it’s on your wrist and frame it up on the screen. 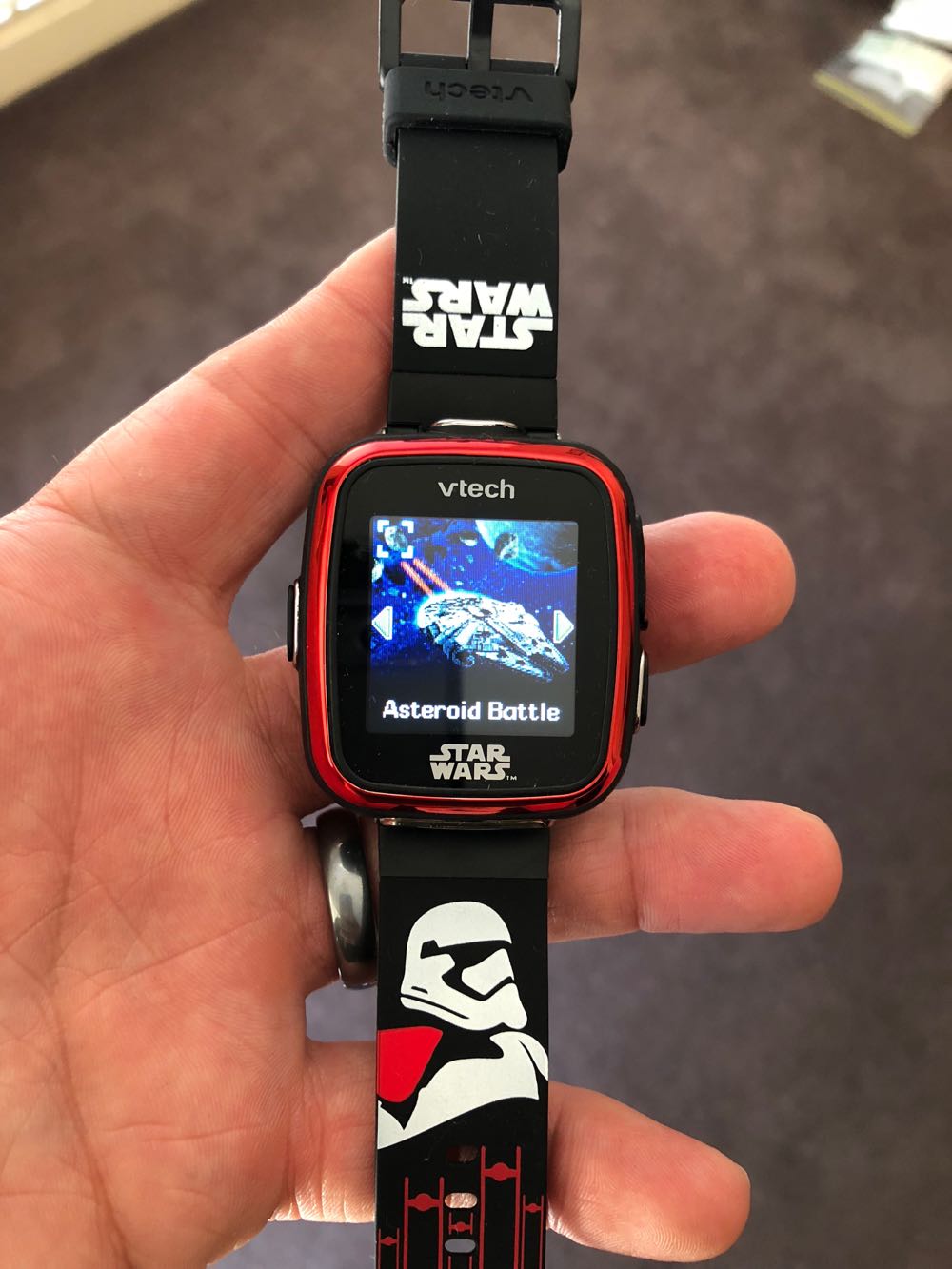 Users can also add Star Wars themes, frames and filters to their pictures

But it’s not just a camera. There are also three Star Wars games onboard that are motion sensitive so they can all be played while you’re still wearing the watch.

There’s Asteroid Battle where you’re piloting the Millennium Falcon and shooting asteroids, the BB8 Rotation Puzzle and the Find the Fighter game where you have to destroy Tie Fighters.

But it doesn’t end there, there’s also a voice-changing recorder, sounds effects like Rey’s lightsaber, Kylo Ren’s lightsaber, BB8, C3PO, Millennium Falcon, X-Wing and TIE Fighter that are activated when you move your arm around. 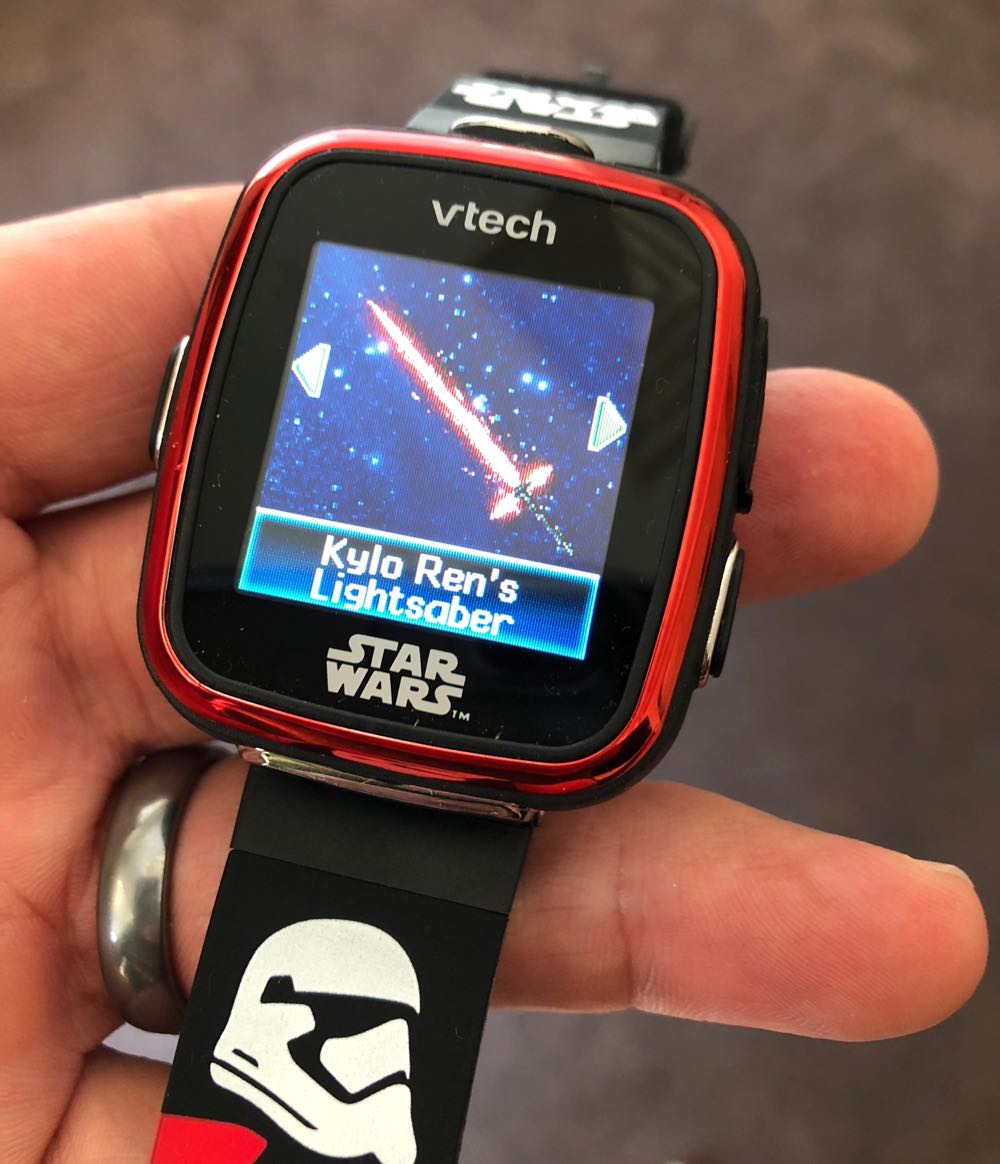 If you’re a young Star Wars fan this will be one of the coolest things you can own.

Available from JB Hi-Fi and Toys R Us.

Now here’s a Star Wars product that looks like one of the characters – a First Order Stormtrooper.

This digital camera has 2-megapixel resolution with 4x zoom and can capture images and videos that you can use with Star Wars filters and effects. 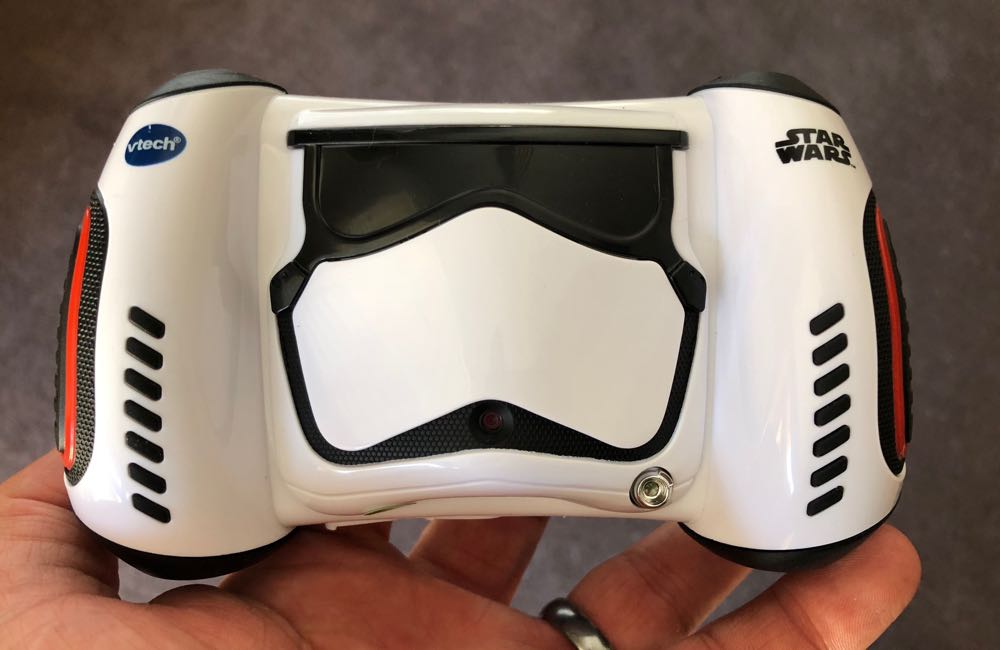 The device has two large grips on either side of a 1.8-inch colour display along with a directional control.

On the top of the right grip is a red shutter button so it feels like a real camera.

There’s also a microSD card slot to store your images and videos.

And, yes, there are games so it is a portable gaming device as well. The three games are: Fighter Battle, First Order Escape and BB8 Run. 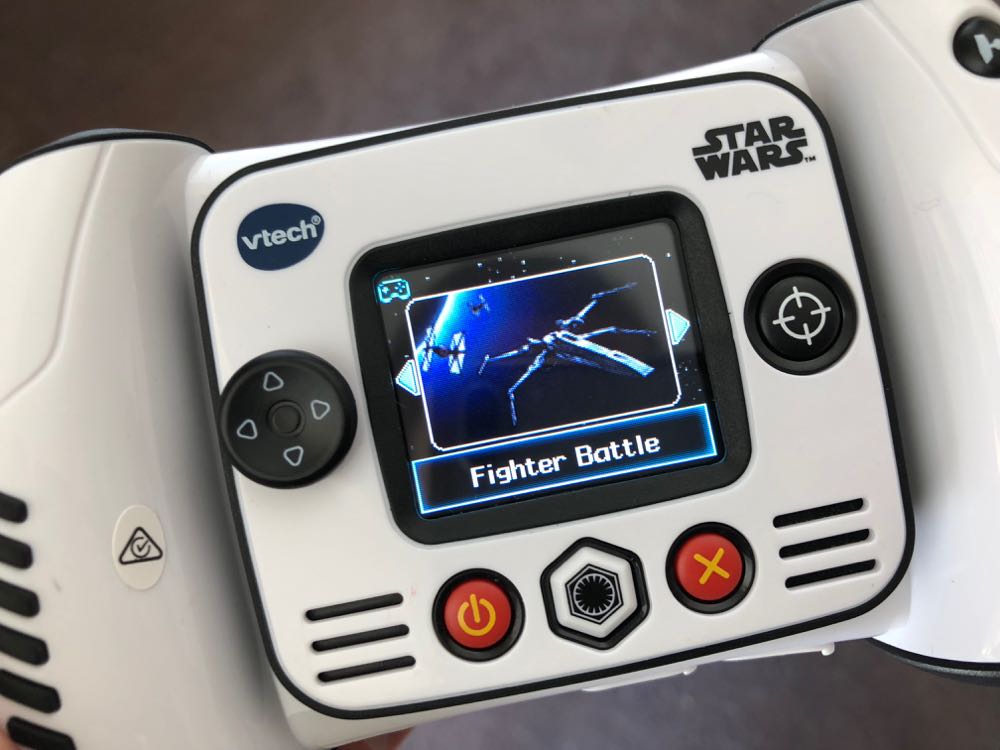 It is available from Toys R Us and selected toy retailers.