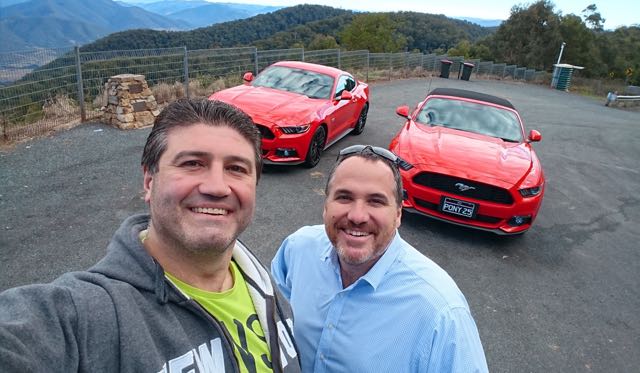 It’s a special edition for Episode 261 of the Two Blokes Talking Tech podcast, with Tech Guide editor Stephen Fenech and EFTM’s Trevor Long as they hit the highway for a road trip.

Stephen and Trevor travelled to Walcha in a pair of red Ford Mustangs while testing the brand new Sony Xperia X series of smartphones.

The blokes share their initial thoughts on the Sony devices which will be available for purchase in early July.

Also on the show, Norton’s new Wi-Fi Privacy app to protect yourself on unsecured networks, Netatmo’s Weather Station and how they’ve turned the blokes into weather nerds and Samsung releases the Gear 360.

Next they talk about LG’s flagship 4K OLED TVs regarded as the thinnest TV in the world, the $300 4K TV from dicksmith.com.au and the explosion of SVOD services in 2016.

In the minute reviews, the Oppo R9 and the SPRK+ from Sphero which can teach kids coding and programming.