Telstra has successfully conducted the first test of vehicle to mobile technology that could provide early collision warnings to pedestrians and cyclists through an application on their smartphones.

The test of Telstra’s V2P (vehicle to pedestrian) technology was run in partnership with Cohda Wireless over a mobile network in South Australia.

The technology was used to simulate some real-world scenarios like a car approaching a pedestrian at a crossing, a car and a cyclist approaching a blind corner and a car reversing out of a driveway.

There is already an issue with pedestrians being so absorbed by their smartphones that it puts them in danger near roads and when they cross.

Some councils have even resorted to placing signs and warning lights on footpaths to make pedestrian using their phones more aware of their surroundings.

The technology is part of Telstra’s Vehicle to Everything (V2X) project which includes Vehicle to Infrastructure (V2I) and Vehicle to Vehicle (V2V) communication in a bid to make the roads safer for drivers, cyclists and pedestrians.

It will also serve to make roads and traffic more efficient as well as pave the way for autonomous driving. 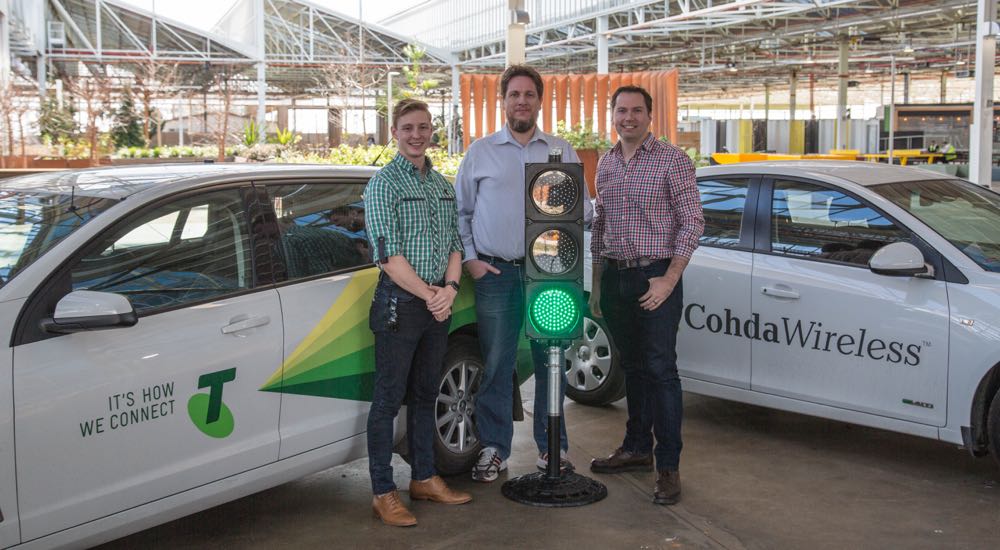 “The most important outcome of V2X technology is the increased safety for road users, as the impact of human error can be minimised by helping vehicles communicate with each other and react to their surroundings,” said Telstra chief technology officer Hakan Eriksson.

“This is the first time V2P technology has been trialled in Australia on a 4G network, and is an important step on the journey to fully-autonomous vehicles on Australian roads.

“This follows our successful trials of V2I in October 2016 and V2V in February 2017, also completed in partnership with Cohda,

“As operators of Australia’s largest and fastest mobile network, we believe Telstra’s 4G and future 5G networks can play a vital role in supporting the faster rollout of intelligent transport systems and V2X applications, making implementation of the technology cheaper and more efficient.”

Cohda Wireless CEO Paul Gray says the technology can have a significant impact on safety and the community.

“Giving vehicles 360-degree situational awareness and sharing real-time driving information is the only way we can create safer roads for the future,” Mr Gray said.