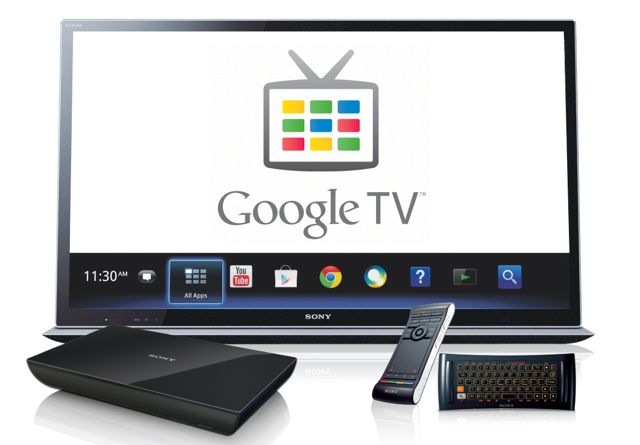 Sony has just revealed the first Google TV product in Australia which will deliver a more computer-like experience for the biggest screen in your home – your flatscreen TV.

The Google TV device is a Sony-branded “Internet Player” which will offer a number of enhanced entertainment experiences included the Google Chrome browser and apps designed for larger TV screens.

The Google TV Internet Player includes a smart remote which, on one side, has a full qwerty keyboard and, on the other, has a trackpad for easier and simpler navigation.

But the device will only be available exclusively with the purchase of a Sony Bravia HX750 and HX850 from Thursday June 28.

Sony’s Google TV Internet Player will work with other non-Sony TVs but there are no plans at this time to release the device as a standalone product.

But Sony points out that having a smart TV and Google TV are not necessarily the same thing.

The Google Play Store, where apps can be downloaded for Android smartphones and tablets, will also have a section for TV apps as well which can be enjoyed on panels connected to Google TV.

These apps will include games and other utilities including one which can allow AirPlay streaming of music and videos from Apple products through the Google TV and onto your television.

In Tech Guide’s hands-on review session with Google TV, one thing we liked was how easy it was to type using the keyboard on the remote and navigate sotes using the trackpad on the other side which also acts as the mouse button when you need to click on a link.

While this is possible on a smart TV it wasn’t quite as easy to navigate and type as we found with Google TV.

The remote links to the device via Bluetooth so there’s no need to aim the remote at the TV.

The Google TV device itself connects via HDMI to the TV and also has two USB ports which can be used to connect a wireless mouse and a keyboard or a USB external hard drive,

Speaking of the remote, the side facing upwards automatically becomes active so there are no accidental presses of the keyboard and trackpad when they are not being used.

There’s also a motion sensor on board the remote which will allow it to be used on certain gaming apps.

“With the combination of the superb picture quality of our Bravia TV range and our Internet Player with Google TV, we will give digital entertainment lovers a new understanding of what’s possible in today’s living room – and tomorrow’s.

“Combining Sony’s strength in TV and Google’s power in web, we are truly proud to be the first Google TV partner in Australia.”

With Sony being the first company to offer the Google TV Internet Player in Australia, it’s also quite possible the company will integrate the device into future smart TVs.

Sony would not comment on this we expect to see Bravias powered by Google TV in the near future.