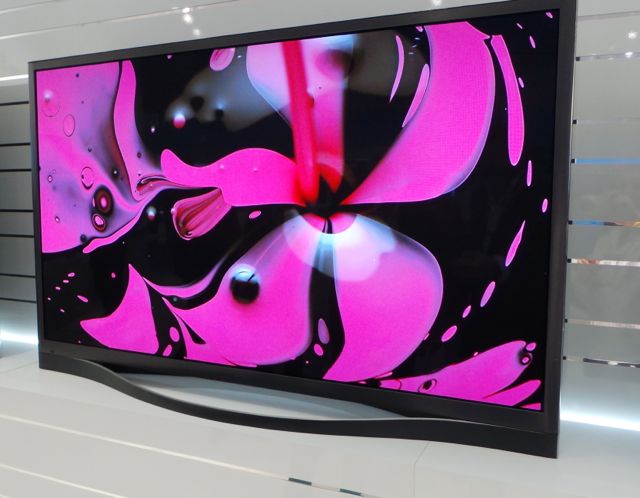 When buying a TV one of the biggest fears is that it will be out-dated in a year or two but Samsung has a way to keep your TV up to date with the latest features.

Demonstrated at CES, Samsung’s TV Evolution Kit is a small black box that is attached to the back of the range of LED smart TVs to update the television to the latest version of the TV’s interface and software.

Also on board the Evolution Kit is Samsung’s latest chipset that can operate the TV even faster than before.

Samsung’s latest range of 2013 smart LED TVs unveiled at CES now all include quad-core processors to make the operation of the TV and access to features even faster.

Now if you own a 2012 Samsung TV you can purchase an Evolution Kit and update your TV to the 2013 model’s redesigned smart hub interface and improved interaction with voice and motion.

This means the faster quad core processor aboard the Evolution Kit will run the TV after the television’s software is updated.

And installation is a snap. Users simply have to turn off their TV, attach the Evolution TV to the port on the back of the TV and turn it on again.

The TV will then take a few minutes to be upgraded and you’re done. When it’s finished your older TV will reflect the look and feel of the new TV’s interface and features.

And the Evolution Kit will also come with the latest Samsung remote control to allow users to operate the TV in the same way as a person buying a completely new TV.

Users are expected to be able to upgrade their current TV with an Evolution Kit for around 5-6 years from their original purchase which will ease the fears of being stuck with old technology.

Transform your music with mRobo Ultra Bass – a dancing robot