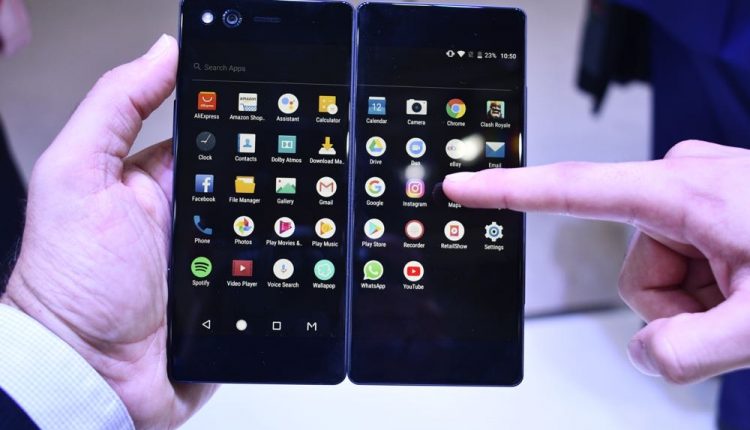 ZTE has showcased the Axon M smartphone – a twin screen foldable device at Mobile World Congress in Barcelona so you can view content and apps on a much larger scale.

At first glance the Axon M looks like a regular smartphone with a 5.2-inch display and a front-facing camera.

But fold out the back panel and lock it on place beside the front screen and suddenly you’re looking at a tablet-size display.

The device itself in the folded position isn’t too bulky – it’s 12.2mm thick – not bad considering there’s a whole other screen tucked away. It weighs 230g.

Having a larger display area means you can enjoy websites, apps, pictures and video content on a grander scale.

Yes, there is a large line that divides the screens but you still appreciate the bigger view. 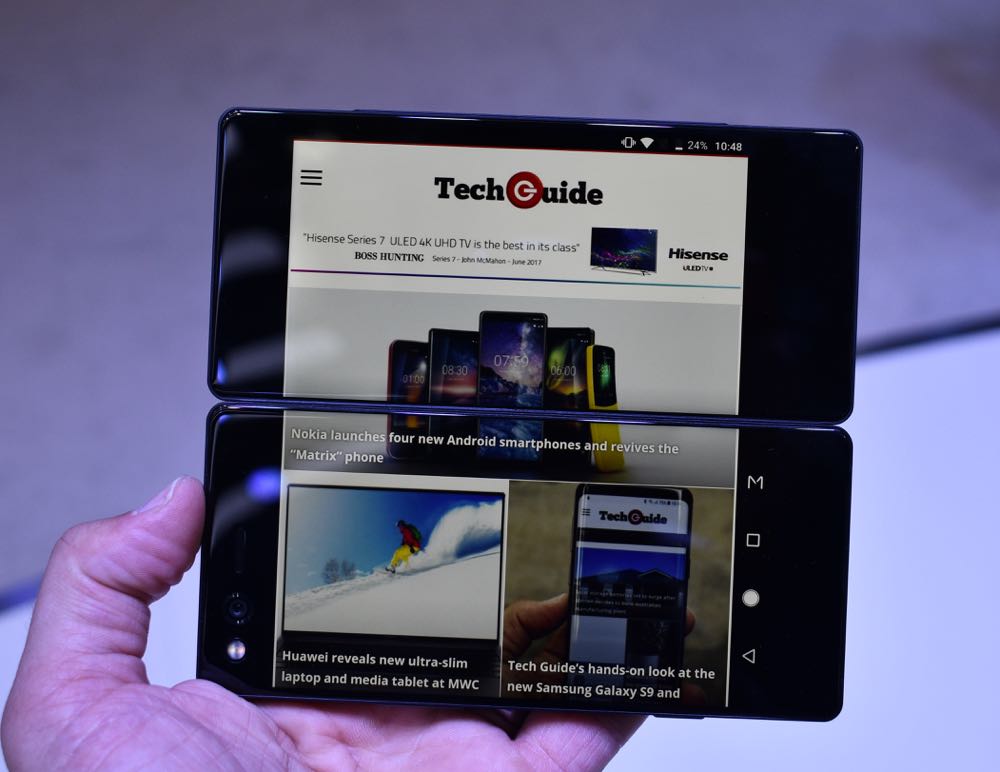 And having two screens doesn’t mean viewing everything bigger. 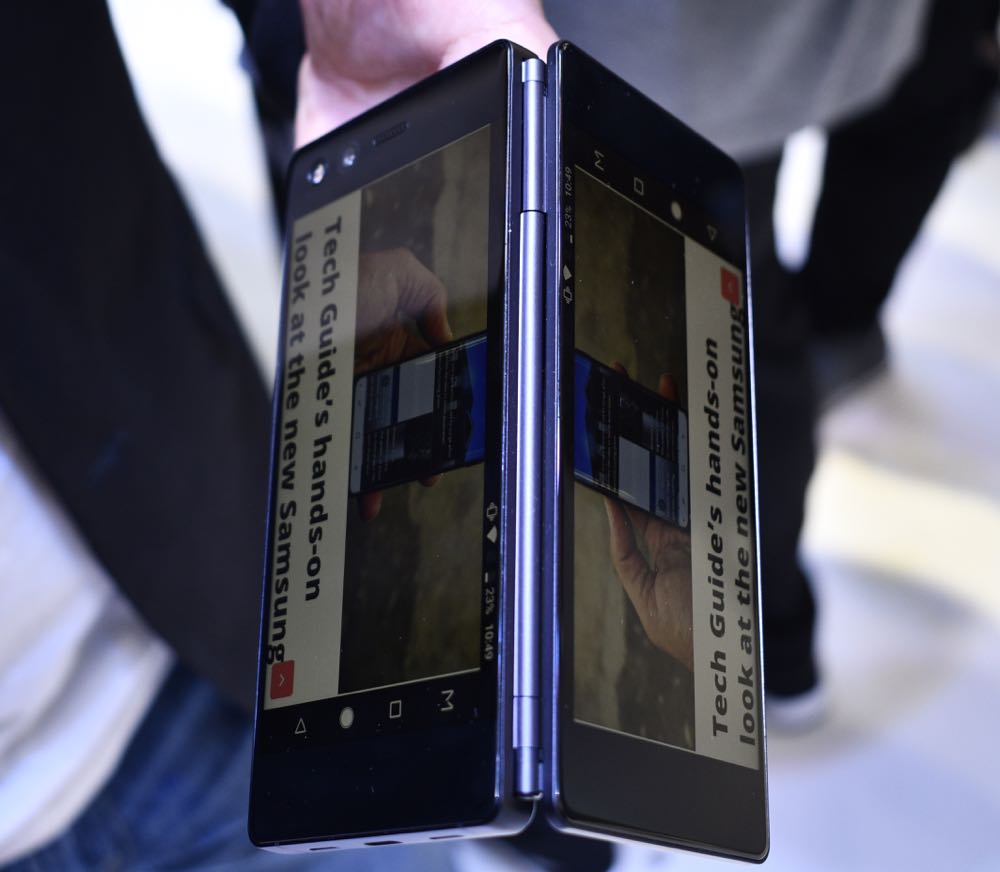 There’s the full screen view everything just looks bigger and better. And you can choose what orientation you want which puts the dividing line of the screen either horizontally or vertically.

Websites and apps look great like this as do images and videos. 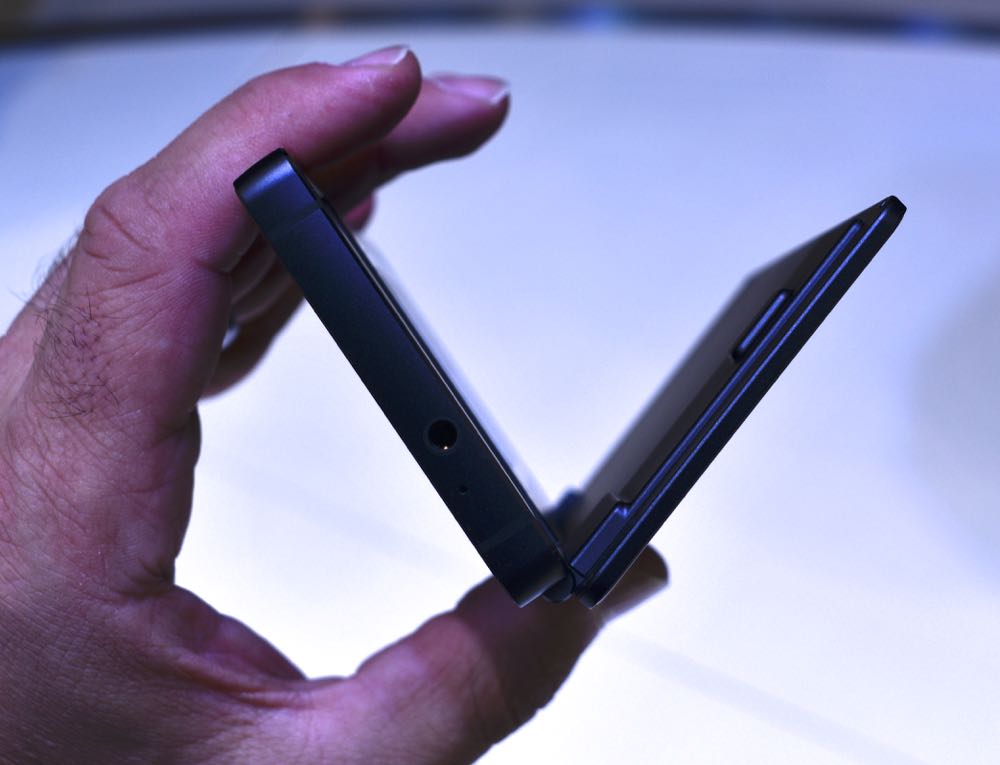 When look at other apps like Google Maps it’s a game changer and offers a far more expanded view if your journey.

But there is also dual mode where you can display a different app on each screen. 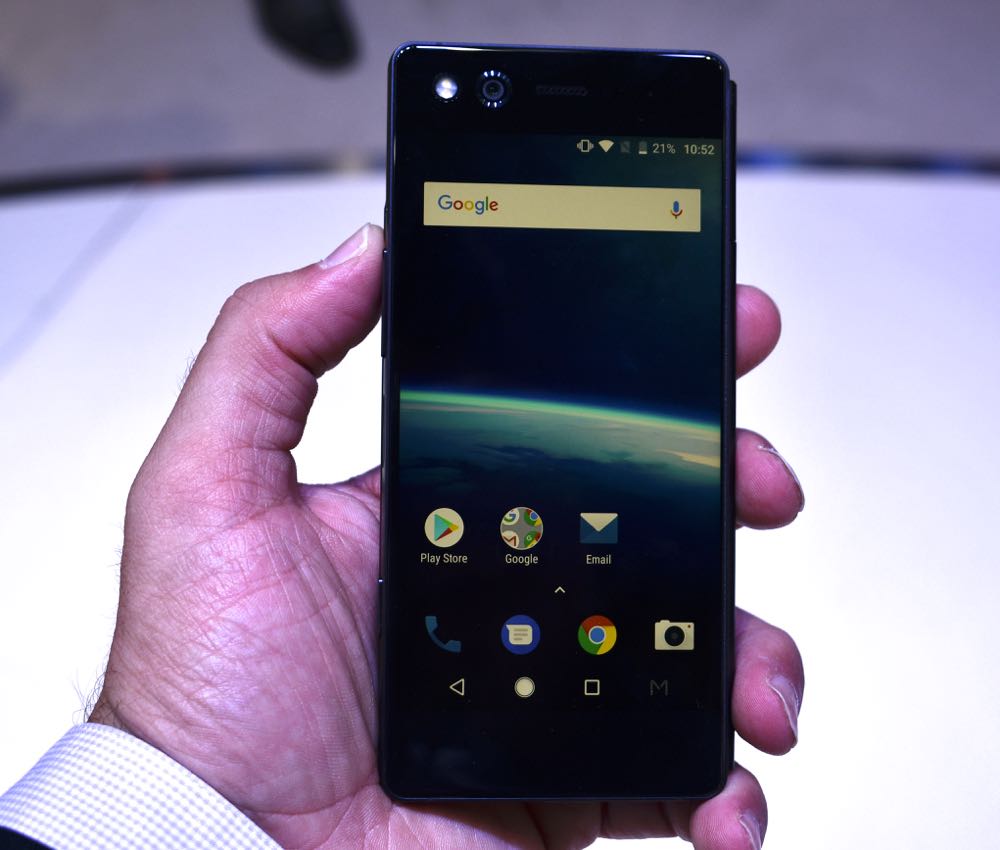 You might have a website on one screen and your messaging app on another so you can literally view both at once without having to jump in and out of the apps as you would on a regular phone. 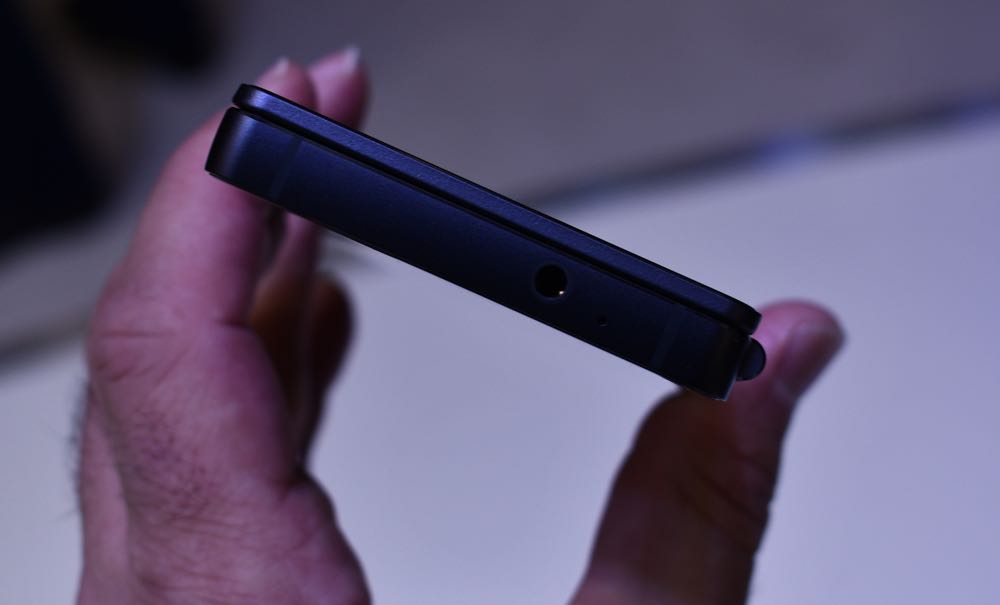 There’s also mirror mode so you can replicate the same thing on both screens – ideal if you want to share content with someone or a group of people without having to crowd around a single screen. 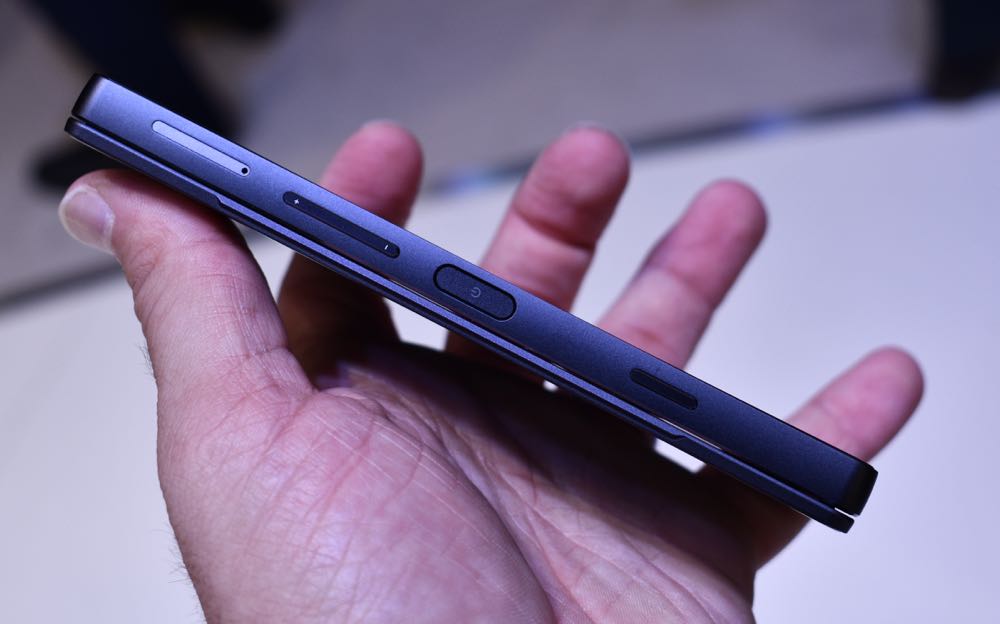 That added screen is also handy for taking photos and sorting through your images.

If you’re taking a picture of someone, you can aim one screen in their direction so they can see themselves before the shot is taken. 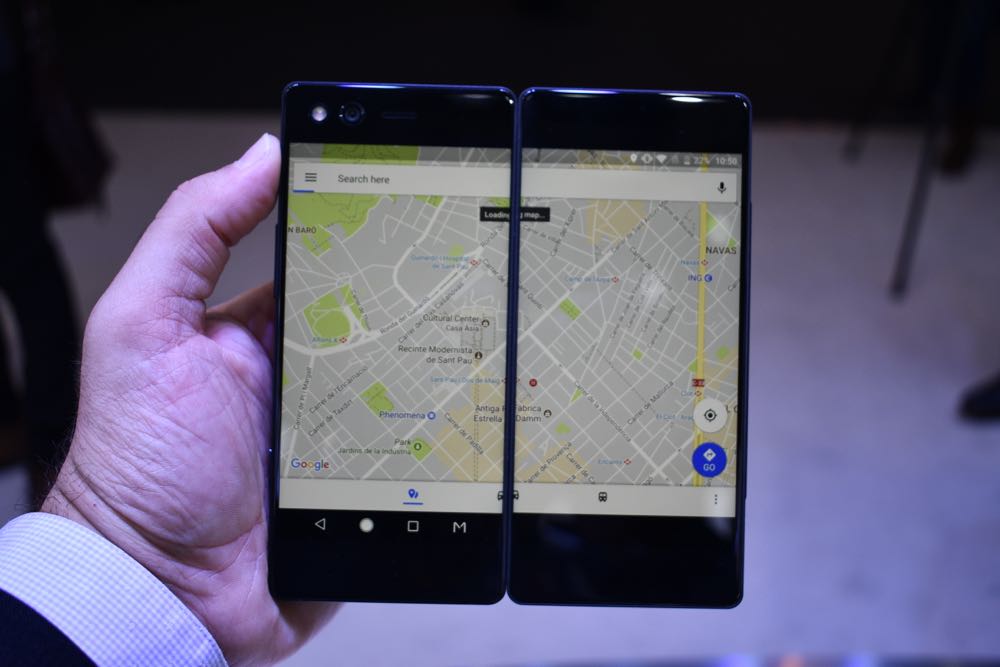 When looking at your gallery of images, you also keep your album on one side and the picture you’ve selected on the other screen.

The ZTE Axon M is running Android 7.1.2 and is powered by an quad-core processor. 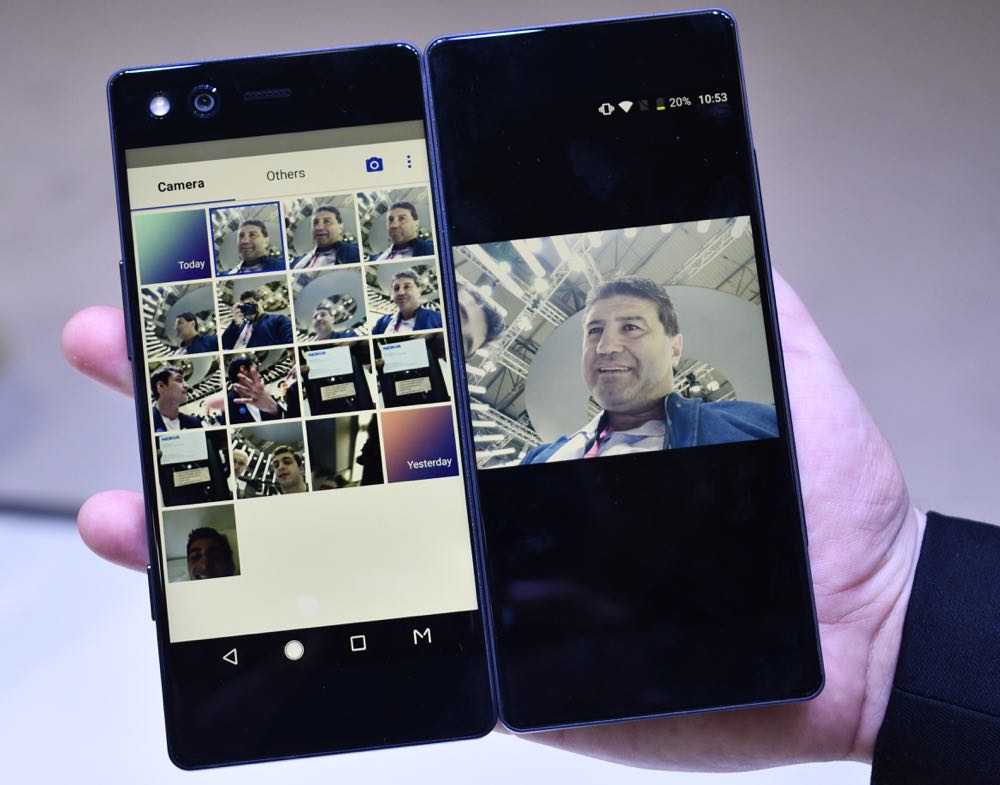 It has 64GB of internal memory and has a microSD card slot to expand the further. 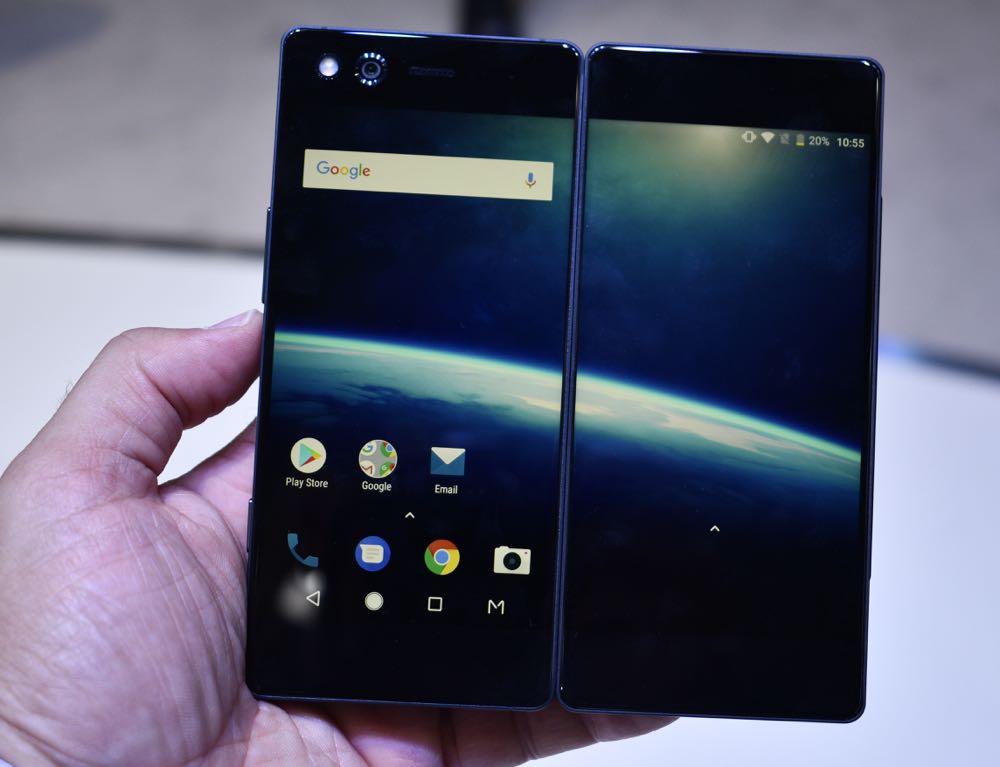 ZTE released the Axon M in the US in October and it might be heading to Australia in mid 2018.