It’s been a big year for bingeing. Netflix has just released a range of stats and information about the most popular shows that had us devouring, bonding, saving and cheating.

Bingeing has become a popular habit but do you know the most popular day of the year for bingeing?
It’s January 1. That’s right, New Year’s Day. Evan at the very start of the year, viewers are going to town.

We know there are a lot of viewers who don’t mind rewatching their favourite show or movie.

Fun fact – someone in Australia watched the movie Madagascar 3: Europe’s Most Wanted 352 times in 2017. That’s almost every day for a year.

Now on to the most watched shows – there are four lists.

CHEATWORTHY SHOWS – shows that people watched ahead on their own.

WATCH TOGETHER – the shows that brought us together 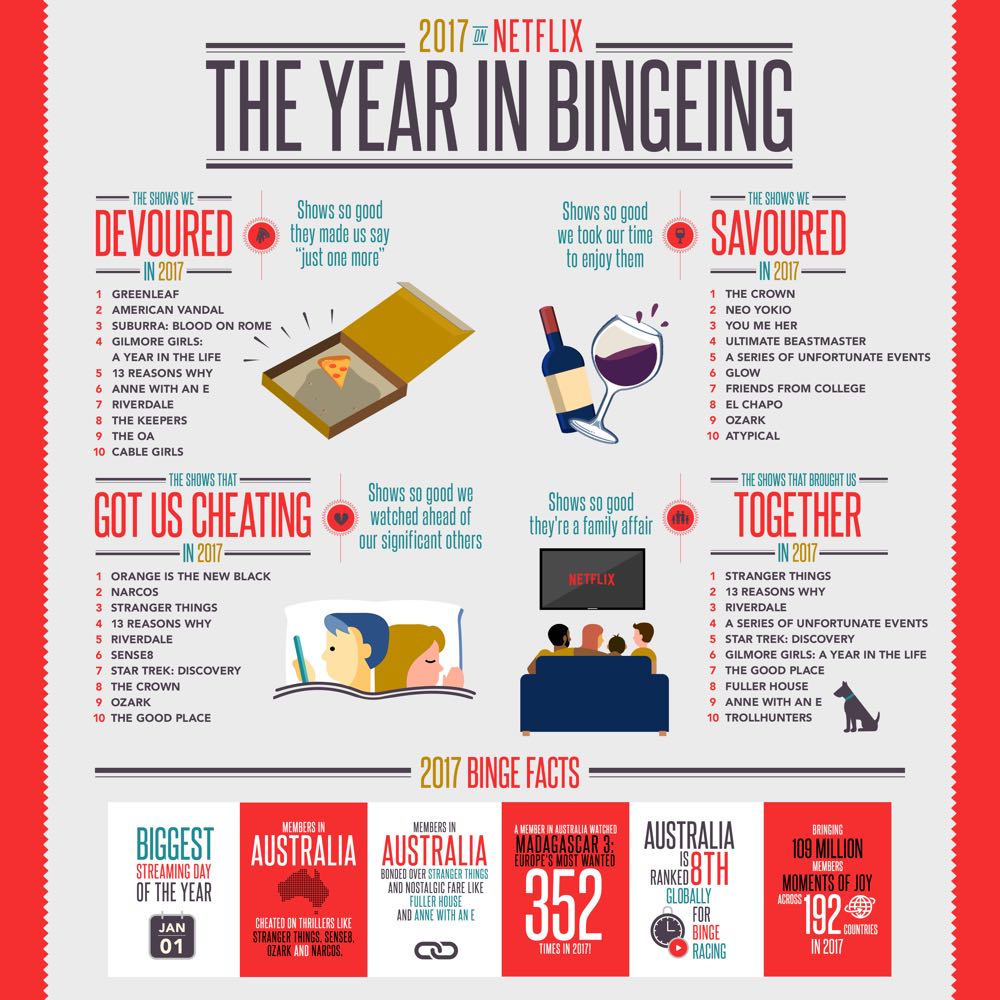