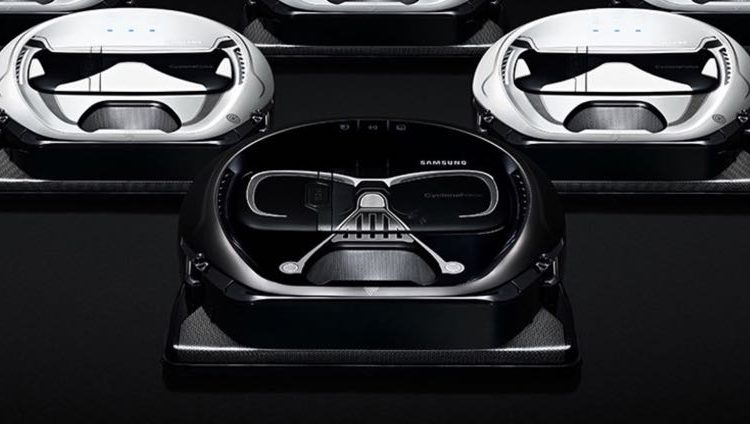 The Force – of suction – is strong with the new Samsung Star Wars limited edition robotic vacuum cleaners in the shape of Darth Vader and a First Order Stormtrooper to help you clean up your empire.

These POWERbots have been released ahead of the release of the latest Star Wars film – Episode VIII – The Last Jedi and they’re smart enough to navigate their way around your space.

They play music from the film and phrases from the movies.

When the Darth Vader POWERbot starts up you can hear his trademark breathing and the Imperial March playing as it cleans your floor.

At one point, it also recites the Vader line – “indeed you are powerful”.

And powerful they are – the units have 20 times the suction power of the last generation in a relatively small chassis that’s just 9.65cm tall.

It can pick up dirt and debris from hard-to-reach places whether it’s on carpet or a hardwood floor.

Also onboard is Visionary Mapping Plus so the POWERbot can map every room in your home. 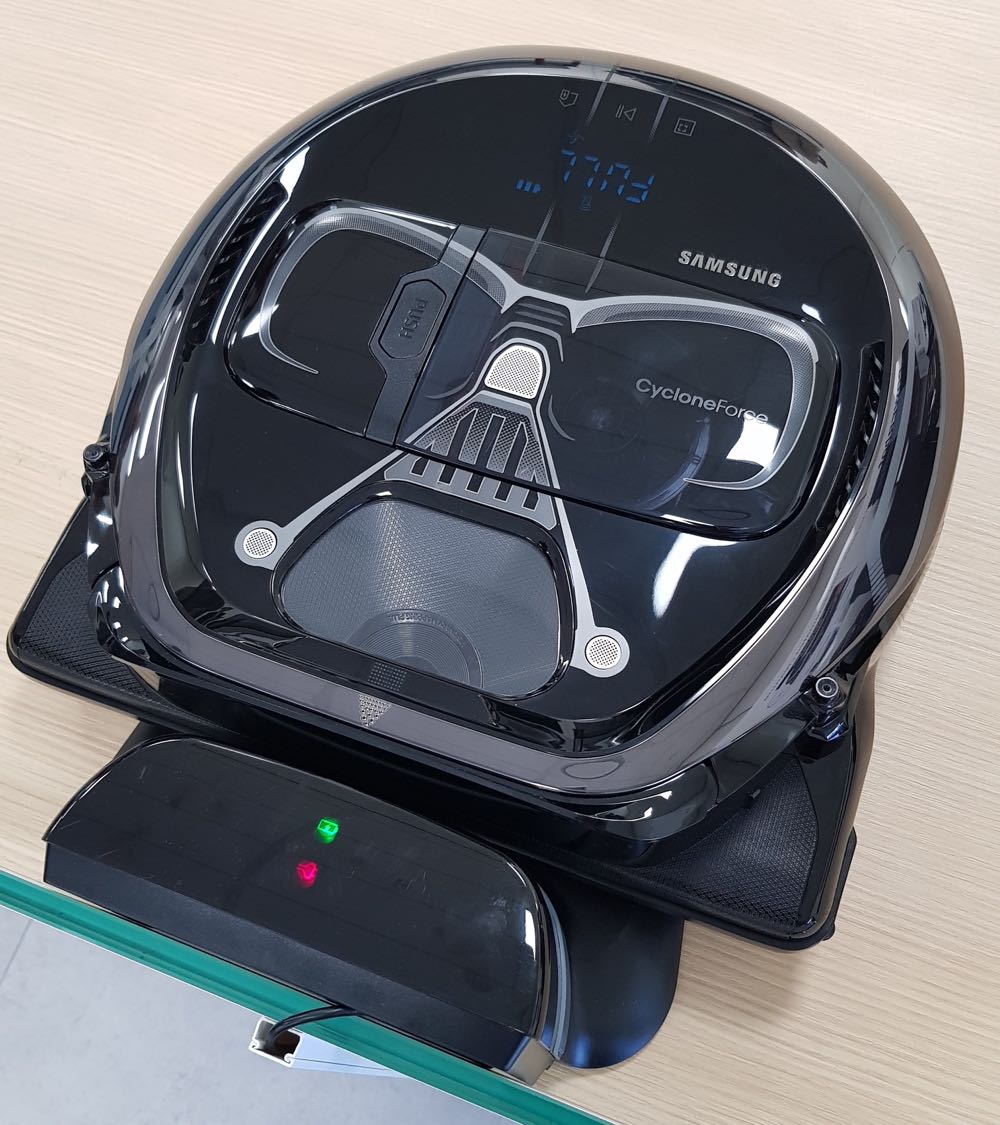 FullViewSensor 2.0 can also detect any snarls in your home so it can avoid little traps like steps and the legs of a chair.

The POWERbot has a bristle brush a drop-down shutter to capture the collected dust against a wall and guiding the dust and debris into the vacuum. 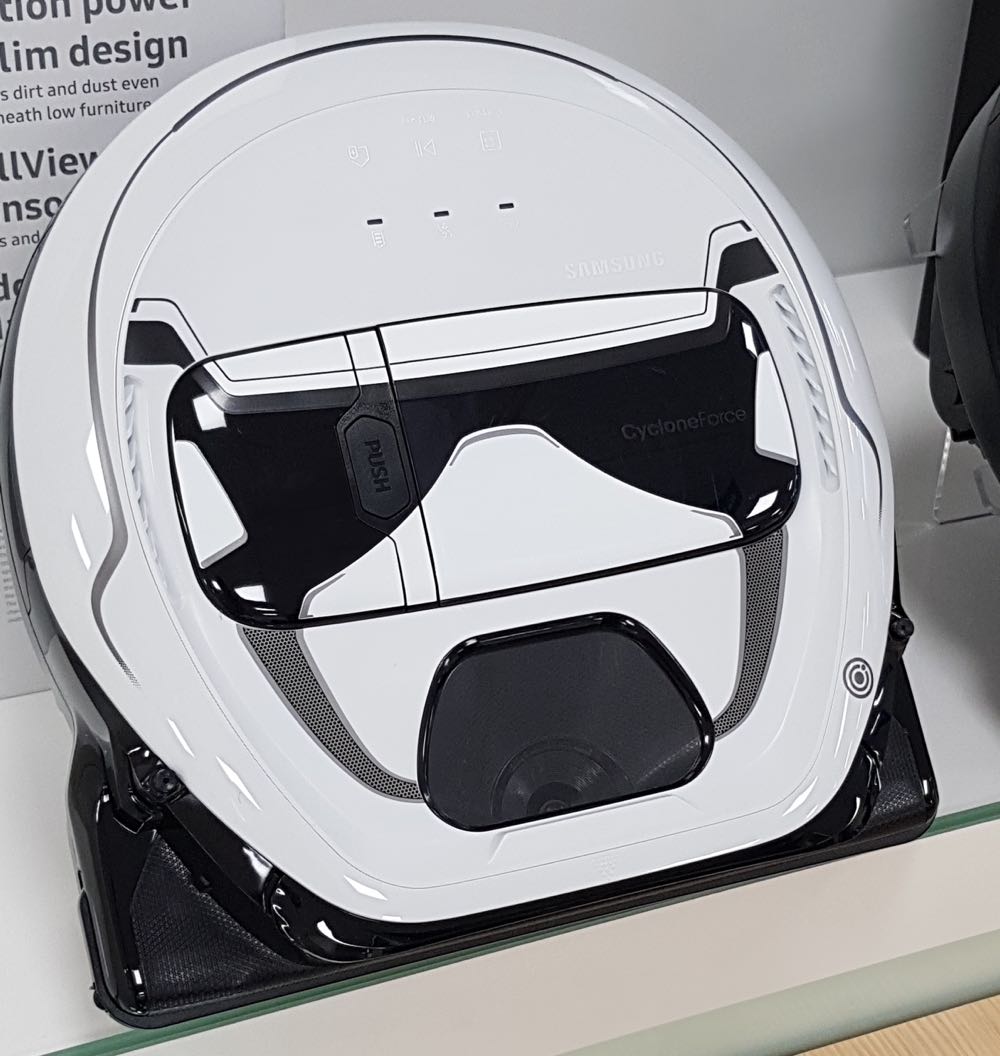 And you can also track where the Star Wars robotic vacuum is your home using an app as well as control it with your smartphone.

The POWERbot can also respond to voice commands through Amazon Alexa or Google Assistant. 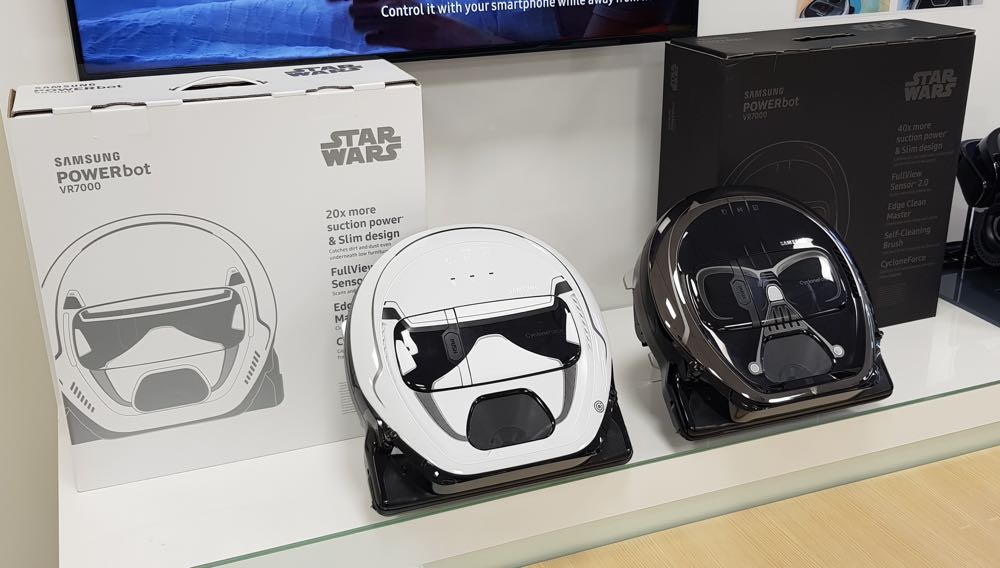 They are expected to be released in Australia later this year. Pricing is yet to be announced.