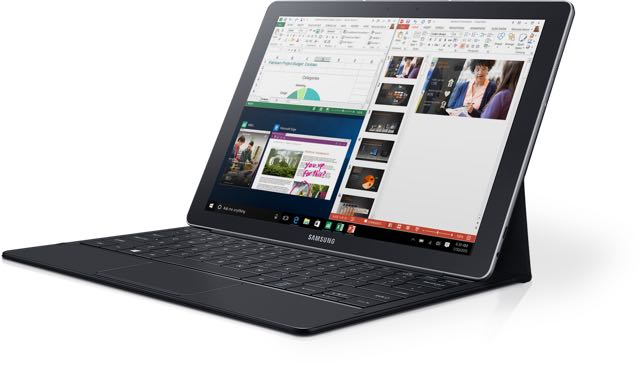 Samsung has entered the super tablet market with the Galaxy TabPro S –  a 12-inch tablet running Windows 10 – that is set to take on Microsoft’s Surface Pro 4 and Apple’s iPad Pro.

It has a dazzling Super AMOLED 2160 x 1440 resolution display and is a slender 6.3mm thick and tipping the scales at a lightweight 693g.

Design-wise, the TabPro S has been crafted with the same look and feel of Samsung’s recent hit smartphones – the Galaxy S7 and S7 Edge.

But despite the slender looks and light weight, Samsung has positioned this device as a workhorse with your choice of Windows 10 Home or Windows 10 Pro operating systems. 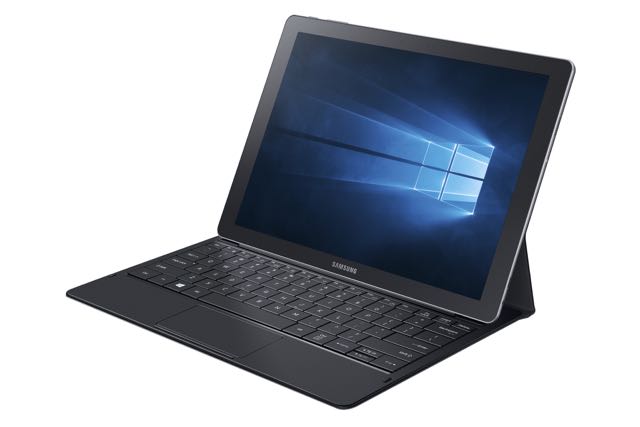 Under the hood is a six generation Intel Core M processor along with 4GB RAM and 128GB of memory.

The battery will run for up to 10.5 hours and comes with a fast charger which can completely recharge the 5200mAh in about two hours.

On the connectivity front, the only port on the device for charging and data transfer is a single high-speed USB-C port. And there is no microSD card slot to expand the onboard memory.

But what is included with the product is a magnetic keyboard cover which offers a laptop experience when you’re not using it as a tablet.

This device extends the Samsung Galaxy ecosystem which, until now, was all about Android devices. 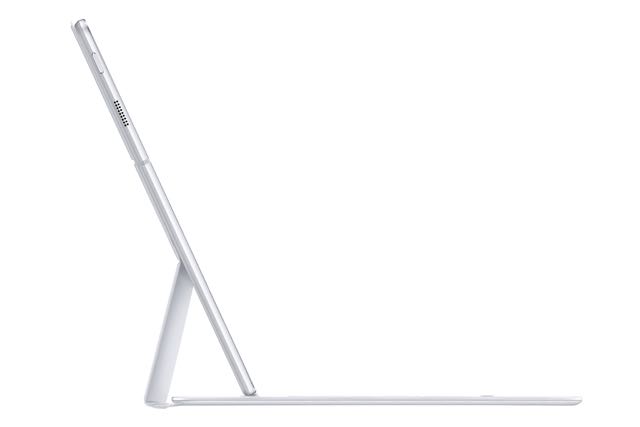 One new feature that unites the latest Samsung Galaxy S7 and S7 Edge with the company’s new 12-inch Windows tablet is a feature called Samsung Flow.

The feature connects the smartphones seamlessly to the TabPro S to allow secure log-ins using the S7 and S7 Edge’s fingerprint reader and to also share notifications.

There is no fingerprint reader on the Samsung Galaxy TabPro S. There isn’t even a physical home button.

Accessories that will be available for the TabPro S will include a Bluetooth Pen to enable writing and drawing on the screen as well as a multi-port adaptor which includes a USB-C port, HDMI port and a USB 3.0 port.

“This device will give Australians the ultimate mobile working and entertainment experience, whether they are creating or consuming content on the go.”

Samsung’s entry into the Windows 10 tablet space is an interesting one with Microsoft making solid headway with its Surface Pro 4 device.

The other major player in this pro-sumer tablet market is Apple with the iPad Pro which is now available in 9.7-inch and 12.9-inch sizes. 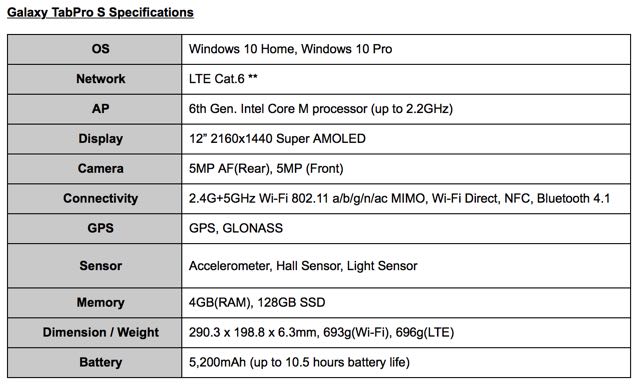 A 4G LTE version of the Samsung Galaxy TabPro S will be released in the coming weeks. Pricing on the 4G LTE model is yet to be announced.

Stay tuned to Tech Guide for a complete review of the Samsung Galaxy TabPro S next week.

Is your mobile data running out faster? It might be megabyte rounding