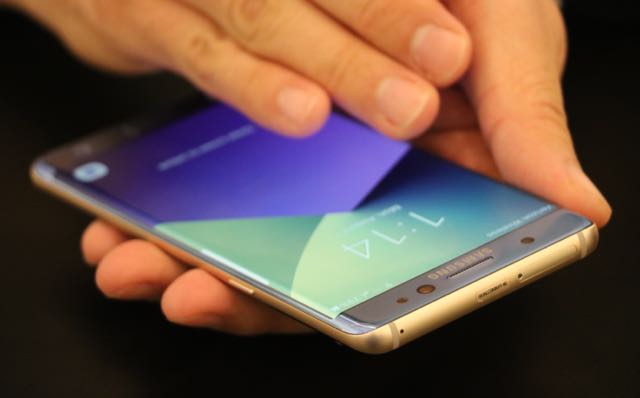 The replacement program for Samsung’s Galaxy Note7 in Australia has been put on hold after reports of replacement devices, deemed safe by the company in the US, catching fire.

As a result of these incidents – there have been five thus far and all in the US – Samsung Australia has decided to halt supply of replacements to its telco partners and retailers.

Samsung is now conducting a thorough investigation to determine the cause of these latest issues.

In early September, Samsung issued a recall of the flagship Galaxy Note7 smartphone after confirming a battery cell issue which caused some devices to explode.

These latest reports in the past week – two from Kentucky (one of these aboard a Southwest flight before take-off) and in Minnesota, Texas and Virginia – all involved replacement Note7 devices.

The company is examining the returned replacement devices to establish the cause of the issue.

If it is found that the battery is once again to blame, Samsung would possibly have to conduct a second recall of the Note7.

Each of these devices in the US were reportedly found to have marked packaging and green battery icons which indicate they were replacement devices and deemed safe to use.

Samsung Australia said that any concerned customers who are using a replacement Note7 can return the device for a replacement until a solution is found.

“Samsung is conducting a thorough investigation into this matter.

“We continue to move quickly to investigate the reported cases to determine the cause and will provide an update as soon as possible.

“Samsung Electronics Australia is working with its partners. We understand that telecommunications operators and retailers in Australia have paused the supply of replacement Galaxy Note7 smartphones in this country and are providing loan phones to concerned customers.

“Samsung Electronics Australia would like to reassure our customers that we take this matter very seriously. We apologise for any inconvenience and appreciate their patience as we work diligently through this process.”

Take a look at the best smartphones priced under $400