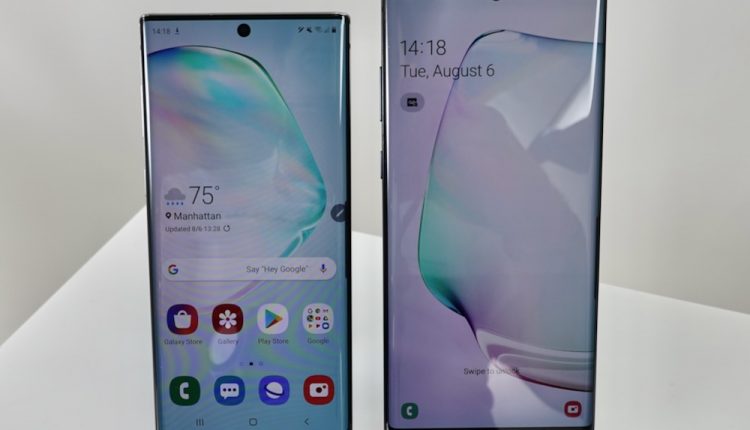 Samsung has revealed its most powerful smartphones ever – the Galaxy Note 10 and Note 10+ – which bring together a range of new and powerful features along with impressive design and stunning performance.

For the first time, Samsung has released two Note devices – the 6.3-inch Galaxy Note 10 and the 6.8-inch Galaxy Note 10+ – which the company sees as a way to both attract new users to the product and to satisfy loyal Note customers.

The smartphone has curved edges on the screen and on the rear panel to give it a slick and modern look.

“This device has helped millions of people to pursue their passions, be more productive and unleash their creativity.

“That’s why Note users are Samsung’s most loyal customers – they use their phones to help them achieve more, every day.

“The Galaxy Note 10 and Note 10+ are the ultimate devices for today’s power user whose mobile phone is at the centre of how they manage their lives.”

The Note 10 brings together all the premium features in Samsung’s portfolio including the cinematic Infinity Display.

Samsung says the screens on the Note 10 smartphones are the best it has ever produced and have an almost bezel-less look thanks to the 94 per cent screen to body ratio.

The front camera peeks out from a small hole punch on the top centre of the display to allow the screen to cover nearly the entire front of the phone. 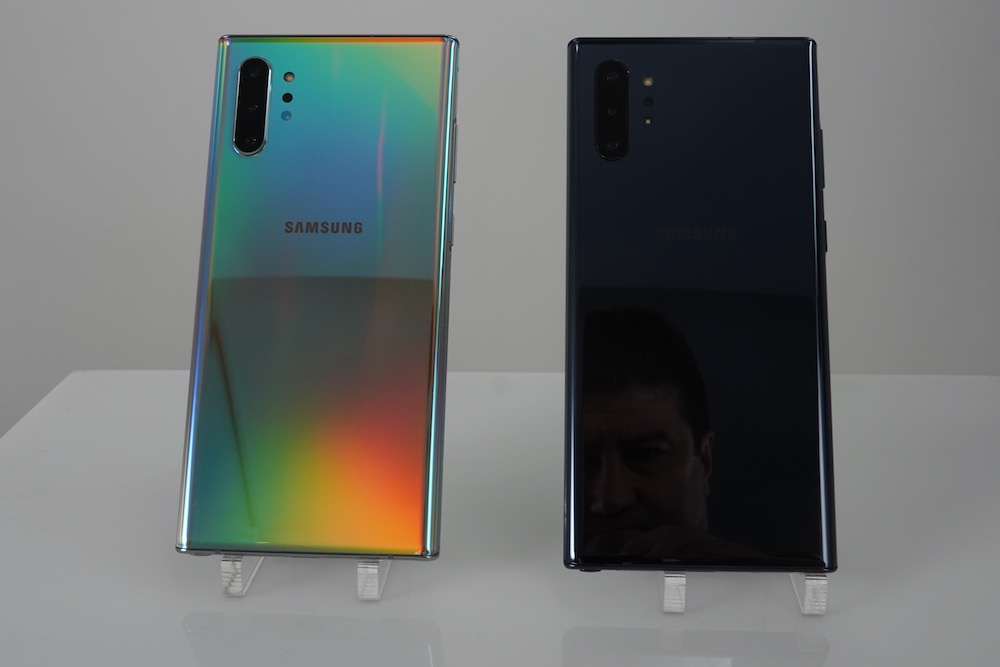 The 6.8-inch display aboard the Note 10+ is the largest screen ever used on a Samsung Galaxy Note device.

A trademark feature of the Galaxy Note family is the S Pen which this time has a unibody design and its own battery so it can run for up to 10 hours.

And with its Bluetooth connection to the device, the S Pen can also be used to control many of the Note 10 features including the camera and navigating content using Air Actions.

The S Pen also has new abilities including being able to convert handwriting to text in real time and exporting to numerous formats including Word and PDF.

Both devices also include a front 10-megapixel camera.

On top of the high quality images and videos the Galaxy Note 10 can produce, there are also numerous features to enhance your content.

On the video side, Live Focus Video allows users to make depth of field adjustments to blur the background and keep the focus on your subject.

Zoom-in Mic can also amplify the audio as you zoom in on the frame thanks to the multiple microphones built into the device that suppress the background noise.

It also has an improved Super Steady feature which can stabilise footage. This feature is also available for the first time in Hyperlapse mode for steadier time-lapse videos.

Users can also edit the videos on the go quickly and easily on the Note 10.

The S Pen can also be used to make precise clip edits and to take more control over your footage.

Also included is Adobe Rush which provides a sophisticated suite of editing tools which are even more accurate when used with the S Pen.

The Samsung Galaxy Note 10  can also incorporate augmented reality into your images with AR Doodle which allows users to draw on images and create effects and animations which move with the subject.

The device also expands on the Samsung DeX capabilities and can now connect to both PC and Mac computers through USB to be able to share files and also run favourite mobile apps in a computer environment using a mouse and keyboard.

Samsung has also partnered with Microsoft to allow the Galaxy Note 10 to link directly to windows into the Quick Panel.

From there they can see notifications and even send and receive messages and review recent photos without having to look at their phone.

And all the while without having to worry about security thanks to the robust Samsung Knox.

Performance wise, Samsung Galaxy Note 10 delivers a 7nm processor with CPU and GPU improvements of 33 per cent and 42 per cent over the previous model respectively.

Another benefit of this blazing performance is even richer mobile gaming.

Under the hood is a super slim vapour chamber cooling system which can maintain optimal performance during gameplay without things heating up.

Samsung will also introduce PlayGalaxy Link which will allow users to stream PC-based games to the Note 10.

Users will be able to use the Samsung Galaxy Note 10 and the Note 10+ on 4G LTE networks but the Note+ will also be available in a 5G variant as well.

Samsung Galaxy Note 10 will be available with either 8GB or 12GB RAM with 256GB of internal storage while the Note 10+ will come standard with 12GB RAM and either 256GB or 512GB internal storage.

The larger Note 10+ also includes a microSD card slot to expand the memory by up to an additional 1TB.

Also on board is super-fast charging so 30 minutes of charging time can provide a whole day of usage.

The Note 10+ has up to 45W of wired charging capability. 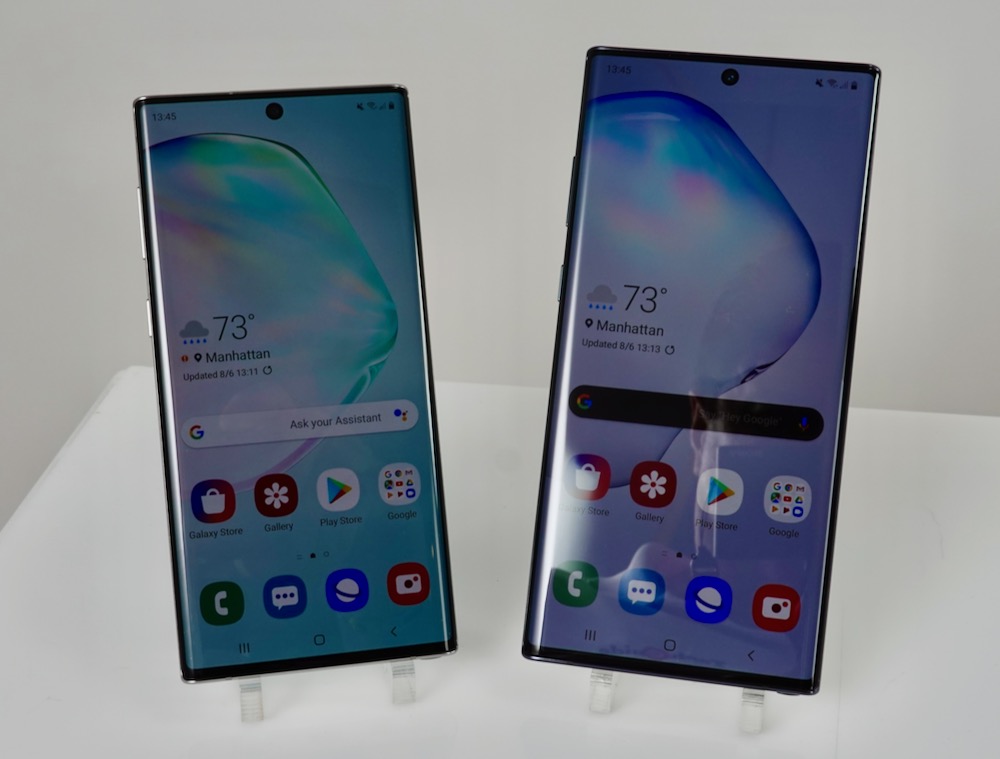 The Samsung Galaxy Note 10 and Note 10+ both have an IP68 rating and will be available in two colours – Aura Glow and Aura Black.

* Stephen Fenech travelled to New York as a guest of Samsung.