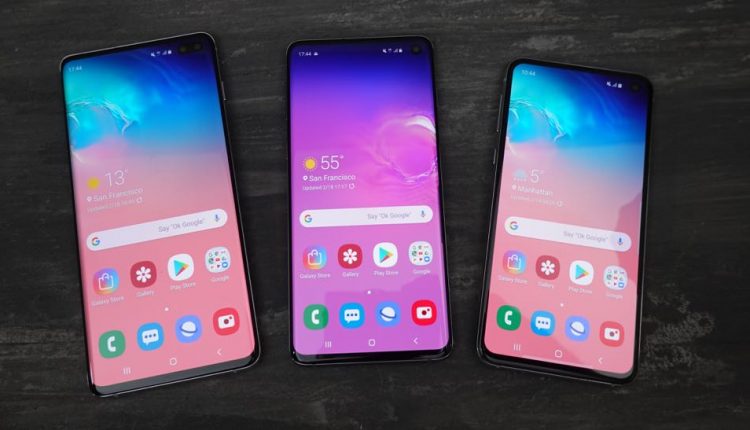 Samsung has capped 10 years of innovation with the release of its all-new Galaxy S10 smartphone line-up but has also set the agenda for the next 10 years after unveiling its first 5G handset and a folding mobile device.

At its global Unpacked event in San Francisco, Samsung announced the Galaxy S10 (6.1-inch), the S10+ (6.4-inch) and the S10e (5.8-inch) which have enhanced screen technology, improved cameras and wireless power-sharing.

The new Galaxy S10 smartphones will be available for pre-order from today before going on sale on March 8.

Also revealed at the Billy Graham Civic Auditorium was the Samsung Galaxy S10 5G which  includes a huge 6.7-inch display and a massive 4500mAh battery. 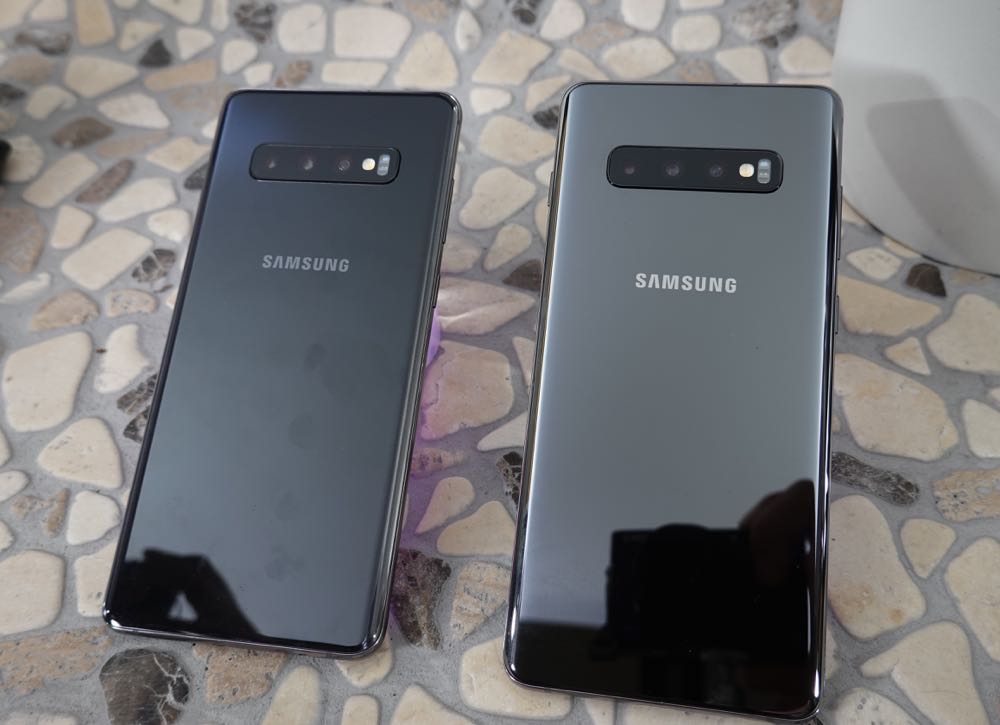 The world also got its first look at the Galaxy Fold which has a 4.6-inch outer display but then opens up like a book to reveal a 7.3-inch screen.

Samsung also unveiled new wearables with the Galaxy Watch Active and the Galaxy Fit along with new wireless earphones – the Galaxy Buds.

Samsung has expanded its popular Galaxy smartphone line-up which now comes in three screen sizes to appeal to a broader range of the Australian market. 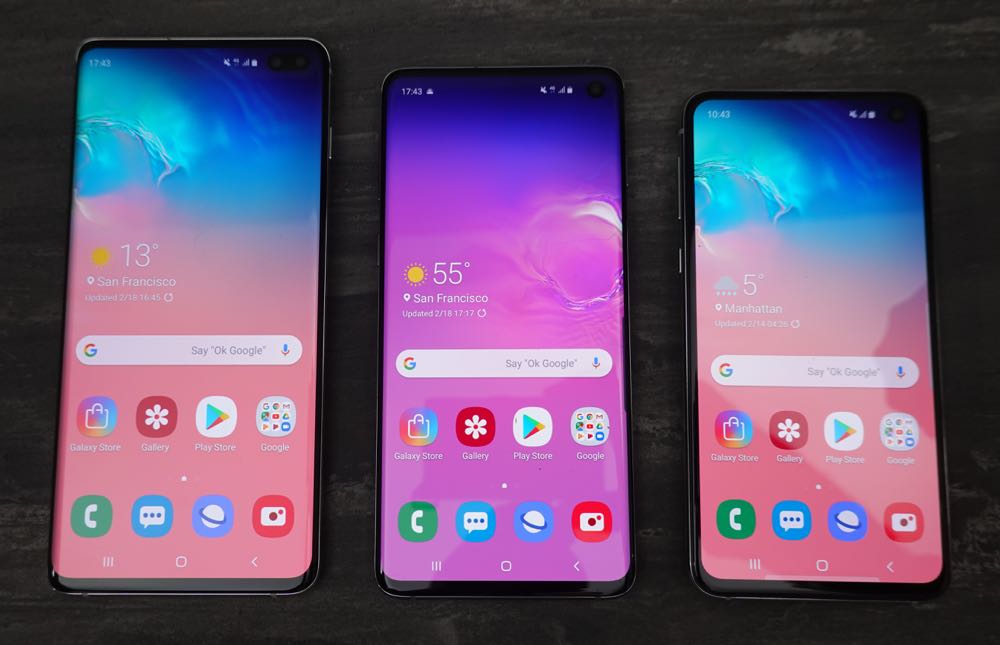 “Since its launch ten years ago, the Galaxy S series has stood for premium innovation – offering consumers an incredible experience, and the ability to find the device that’s right for them,” said DJ Koh, President and CEO of IT & Mobile Communications Division, Samsung Electronics. 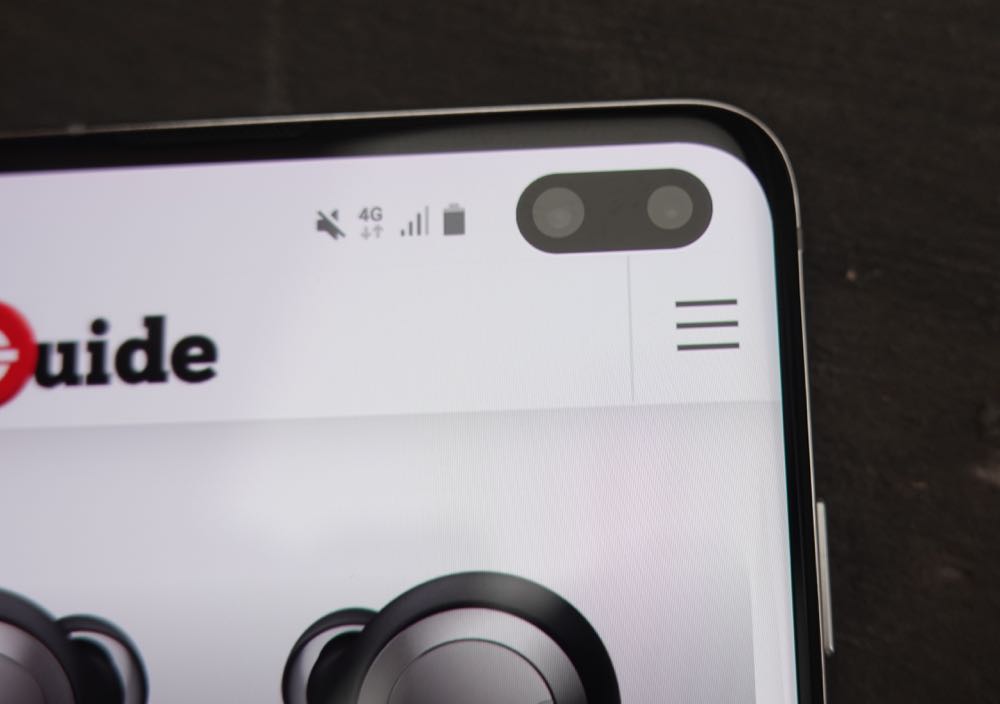 These new devices feature Dynamic AMOLED displays –  the first smartphone screen in the world certified for HDR10+ – for a next level mobile viewing experience which offers a wider range of colours and industry-leading contrast ratio.

The screen to body ratio has also been increased thanks to the Infinity O display which allows the front facing camera to peek through a small hole in the screen. 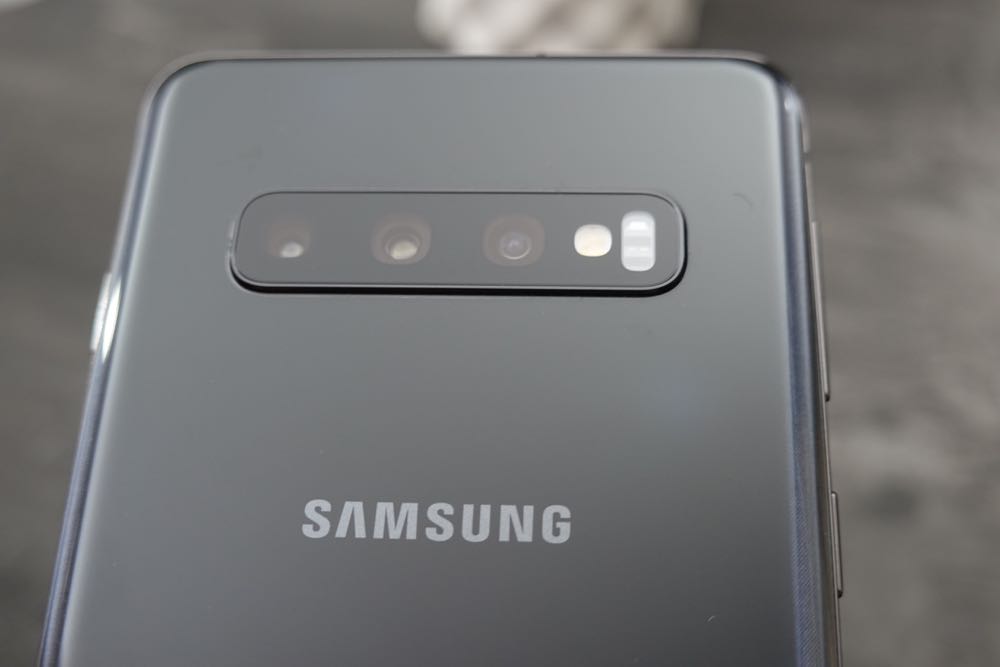 This “hole punch” design means the screen goes edge to edge and top to bottom and nearly takes up the entire front face of the device.

The Dynamic AMOLED display also features the world’s first ultrasonic fingerprint scanner which can read the 3D contours of your physical fingerprint  through the screen for even greater accuracy.

On the camera side, Samsung has once again raised the bar.

The S10 and the S10+ now have three rear cameras which now includes an ultra-wide lens with a 123-degree field of view which matches that of the human eye so you can capture exactly what you see. 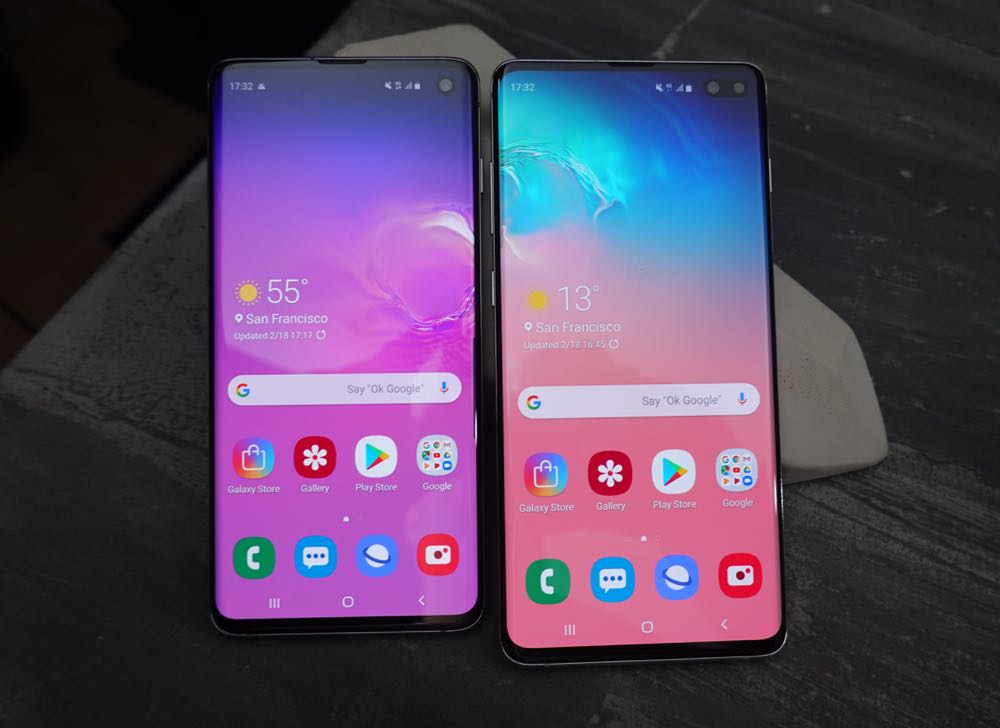 And if you are shooting video, the new Galaxy S10 has got your back as well with Super Steady recording with digital stabilisation technology that could take the shakes out you video no matter what or where you are filming.

Both the front and rear cameras can also shoot up to 4K UHD quality with the rear camera also the first smartphone in the world to be able to capture in HDR10+. 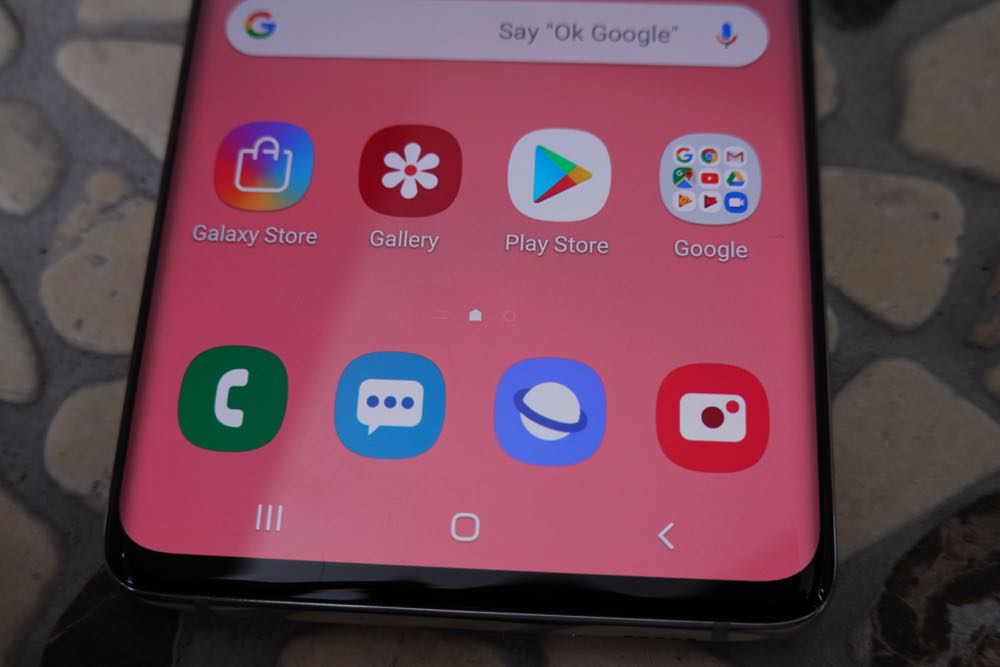 The Neural Processing Unit (NPU) can do the heavy lifting for users and provide professional grade shots without the need to manually adjust camera settings or choose a different mode.

The device, with the new Shot Suggestion feature, can even provide composition tips on the best way to frame your photos. 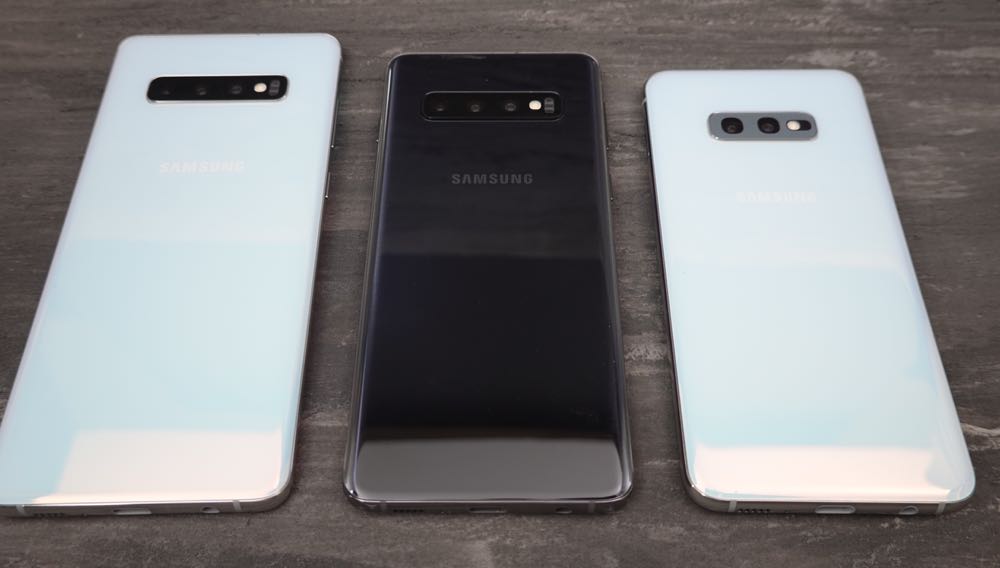 Artificial intelligence also comes into play with the Galaxy S10 when managing performance and efficiency.

The new AI software optimises battery, CPU, RAM as well as the temperature of the device based on how you use the phone with those learnings improved over time.

It is also smart enough to launch your most frequently used apps even faster.

Users can then charge other Qi-enabled devices to be charged including other smartphones. It is also possible to recharge the new Galaxy Buds and the Galaxy Watch Active with the Galaxy S10 as well.

That intelligence will also extend to wi-fi and give the customer an uninterrupted but safe connection by switching between wireless and 4G connectivity on-the-fly.

The S10 can also give you a heads up about potentially risky wi-fi connections as well.

Speaking of wi-fi, the Samsung Galaxy S10 also supports the new Wi-Fi 6 standard to provide even better wireless performance when connected to a Wi-Fi 6 router.

The Galaxy S10e, which only has two rear cameras, will only be available in a 128GB version.

The Galaxy S10 and Galaxy S10+ will be available in 128GB and 512G variants while the S10+ will also be offered in a massive 1TB version as well.

The new Galaxy S10 devices will be available in Prism Green, Prism Black and Prism White.

The 512GB and 1TB Galaxy S10+ will also be available in Ceramic Black and Ceramic White. 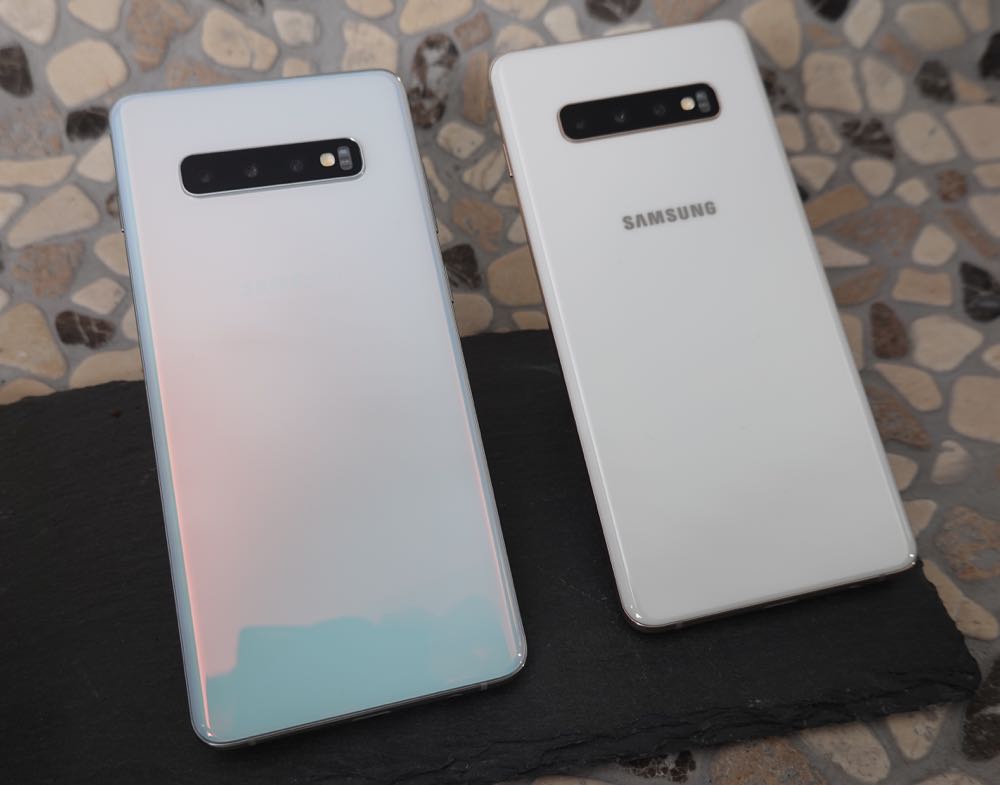 Samsung has a special offer for customers who pre-order a Galaxy S10 – they will receive Samsung’s new Galaxy Buds (valued at $249) as a free bonus.