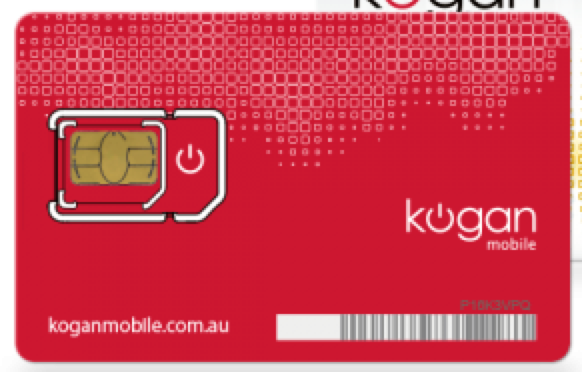 Online electronics retailer Kogan has confirmed it will launch a mobile phone service and offer competitive plans on the Telstra network, after it was first revealed on EFTM.

Kogan Mobile will offer pre-paid mobile plans and is set to take on the telcos in the same way he has successfully confronted the major electronics retailers.

The website koganmobile.com.au was registered on September to the Kogan parent company.

A Kogan Mobile app will also be available for iOS and Android to allow customers to easily monitor their usage.

But Kogan Mobile has scored a coup by gaining access to Telstra’s network which is widely regarded as the nation’s best.

Until now Telstra has not on sold access to its mobile network to an outside company.

Company founder and CEO Ruslan Kogan has never been backward in coming forward when it comes to pointing out the major price differences offered by bricks and mortar stores and his hugely successful online store.

Kogan confirmed it will launch an amazing $29 a month pre-paid plan for unlimited calls and texts and 6GB of data.

Customers can save even more money of they commit for three months for $79 or for 12 months for $299.

But the plans will only limit access to Telstra’s 3G network so if you are after the faster 4G that can only be accessed on Telstra’s own plans.

The company is likely to bundle those handsets with offers of the new Kogan Mobile pre-paid service.

“It’s a disgrace that current providers have been able to get away with astronomical charges, network issues, poor customer service, frustrating excuses and deliberately misleading pricing structures designed to trip customers up,” Mr Kogan said.

“Millions of Australians rack up unexpected excess usage charges, with the average ‘bill shock’ now standing at about $30 bucks per bill!

“From today, Australians can choose to say goodbye to excess usage charges and will be guaranteed to get what they pay for. No more running out of credit mid-month, no more complicated fine print tricking you into paying more – just $29 per month for unlimited standard calls and text and 6GB of data, or even cheaper if you sign up for a full year!”