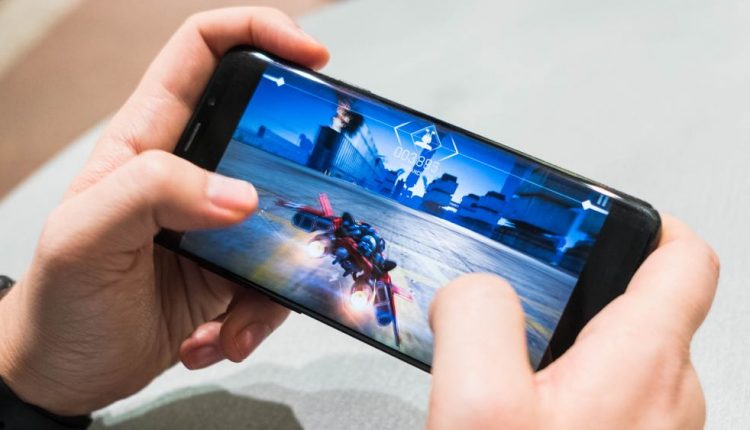 Gaming apps are one of the most addictive things in this world, and this is the reason  why the gaming industry has proved to be such a flourishing industry in recent times.

According to Statista, gaming apps were reported to be the most popular Google App categories in the 4th quarter of 2020. Moreover, another report from Statista suggested that mobile gaming’s share of total global gaming revenue will reach 51% in 2021, up from the 18% mark in 2012.

These statistics show the growing popularity of mobile gaming apps and why more developers are eyeing gaming mobile app development. Almost all of us play games for fun, and it’s hard to find a person who doesn’t like games or has never been addicted to one in their lifetime. But not everyone pays attention or wonders about the reason that made us addicted and stick to that particular game.

There are many characteristics such as user interface, graphics, storyline, sound-effects, number of levels, etc., that make a game engaging and addictive. More than half a million gaming apps are available in the Apple app store and Google play store, and hundreds of such apps are added daily on these platforms.

Graphics play a vital role in deciding the success of a mobile gaming app. In simple terms, graphics are all the drawings, designs, and videos you see while playing a game. Graphics include everything from characters, landscapes to scoreboards seen on a screen of the user.

Excellent graphics are the key component of gaming and entertainment apps that provide a real-world experience to users. Gaming apps must have rich and lively graphics to help gamers relate themselves to the game and engage with the app. Hence developers need to provide excellent graphics as they are the most crucial tool that makes a game highly likable and addictive.

Strong characters inspire the users to relate themselves to those in games. PubG is one such game with a strong storyline and a powerful set of characters that have helped it become the most popular and addictive game in history. Hence developers should pay special attention to this factor in gaming app development. App development service seekers must check the list of top mobile app development companies cataloged by GoodFirms to find the right service provider matching your needs.

Response time should be faster for every app, but when it comes to gaming apps, this factor becomes very crucial. No one likes to play a slow game that takes a lot of response time and leads the users to lose the match by killing the character they represent in the game.

A response time of fewer than five milliseconds is considered suitable for gaming apps, and the best games available in the market have recorded response times as low as 1ms. Hence, to build a successful gaming app, it’s essential to put a lot of effort into minimizing the response time as much as possible.

The same thing holds for gamers; a strong set of tracks and sound effects can fill the user with energy and uplift their mood every time they play the game. Therefore a mobile gaming app must have excellent sound effects for a better user experience.

Every gaming app needs to have a set of tutorials to help the gamers become acquainted with the game and its set of rules. But many gaming apps fail to provide an easy-to-follow tutorial and end up providing a rather very brief tutorial with minimal description of all the keys and inputs required to play the game. This fails to navigate users to every aspect of the app and provide a better first impression of the game.

There’s a high probability that users will lose interest in the game if they find it difficult to understand without inadequate tutorials to guide them and hence will be left with no choice other than to delete the app. Therefore, developers need to prepare a well-detailed and interactive tutorial that contains every detail about the game that can help users learn how to play it. Moreover, it’s required that there be an easy-to-find button on the screen to navigate users if they find difficulty in any step of the game.

For a gaming app to be engaging in the long term, it needs to be full of exciting and engaging challenges. Moreover, it’s advisable for the app developers to constantly update the game with more robust features and a higher number of levels. Gamers love challenges; hence it’s essential to develop challenging levels that amaze users and compels them to stick to the game.

But at the same time, a particular level should not be too tough to clear; there should be sufficient hints given to the users when users can’t find their way out of the level. This practice ensures that gamers keep evolving and moving forward in the game rather than sticking to a particular level, making them lose interest over time. Hence developers should integrate exciting challenges into the game but not impossible to solve, plus they need to update the game with new features constantly.

Gaming app development is a soaring market that has pushed many keen developers to build a gaming app. Moreover, there are more than half a million apps available on various platforms, and this number keeps growing as we speak. These numbers add up to produce a competitive market for aspiring gaming app developers.

To build a robust and successful gaming app, developers must put a lot of effort into improving the principal characteristics mentioned above. The factors listed above are very crucial and play a big role in the success of a mobile gaming app. It’s advisable to game developers to put considerable effort into chiseling these features to create a successful app.

Author Bio- Hi There, I am Shaun Williams, a content writer with Goodfirms, a research platform forCloud Computing, Ecommerce companies, Translation services companies, among many others. I enjoy communicating ideas and knowledge creatively and also ensure that the readers never suffer from boredom while reading my posts.

The Advantages and Benefits of Cryptocurrency

Advantages You Get With Good UI Designs in Medical Apps