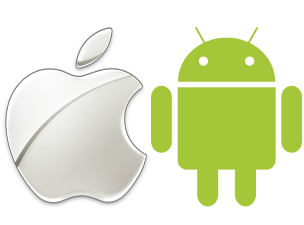 Android’s operating system is now just as popular as Apple’s iOS on the iPhone but iOS users spend far more time online according to research by Virgin Mobile.

There are just as many people using Android smartphones as there are iPhone users but iOS users clock up an average of 10 hours per week on the internet.

While iOS users led the way in the time spent online, there were some clear differences.

Apple users are more fashion conscious according to the Virgin Mobile survey and use the weather app to help them decide on what to wear.

Android users who have installed geo-located social dating apps like Blendr or Grindr are very active with them with 42 per cent using them every day up against just 26 per cent on the iOS.

To help keep Android users more time to spend online, Virgin Mobile is now offering the Samsung Galaxy S4 with a generous 3GB of monthly data on its Big Plan 59.