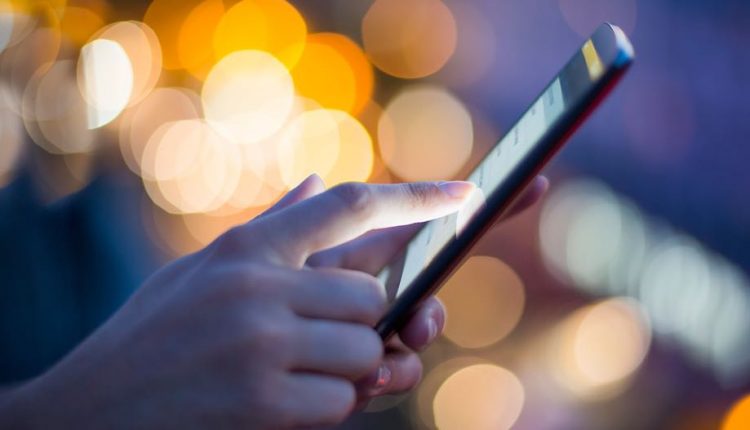 We all use mobile data on the move with our smartphones and tablets to stay in touch and access content. A new global study has found Australian customers are enjoying nearly the world’s best per gigabyte value for mobile data.

Top Dollar, a financial insights hub, has gathered information from around the world to establish which countries are getting the best deals when it comes to the prices they are paying for their mobile data. 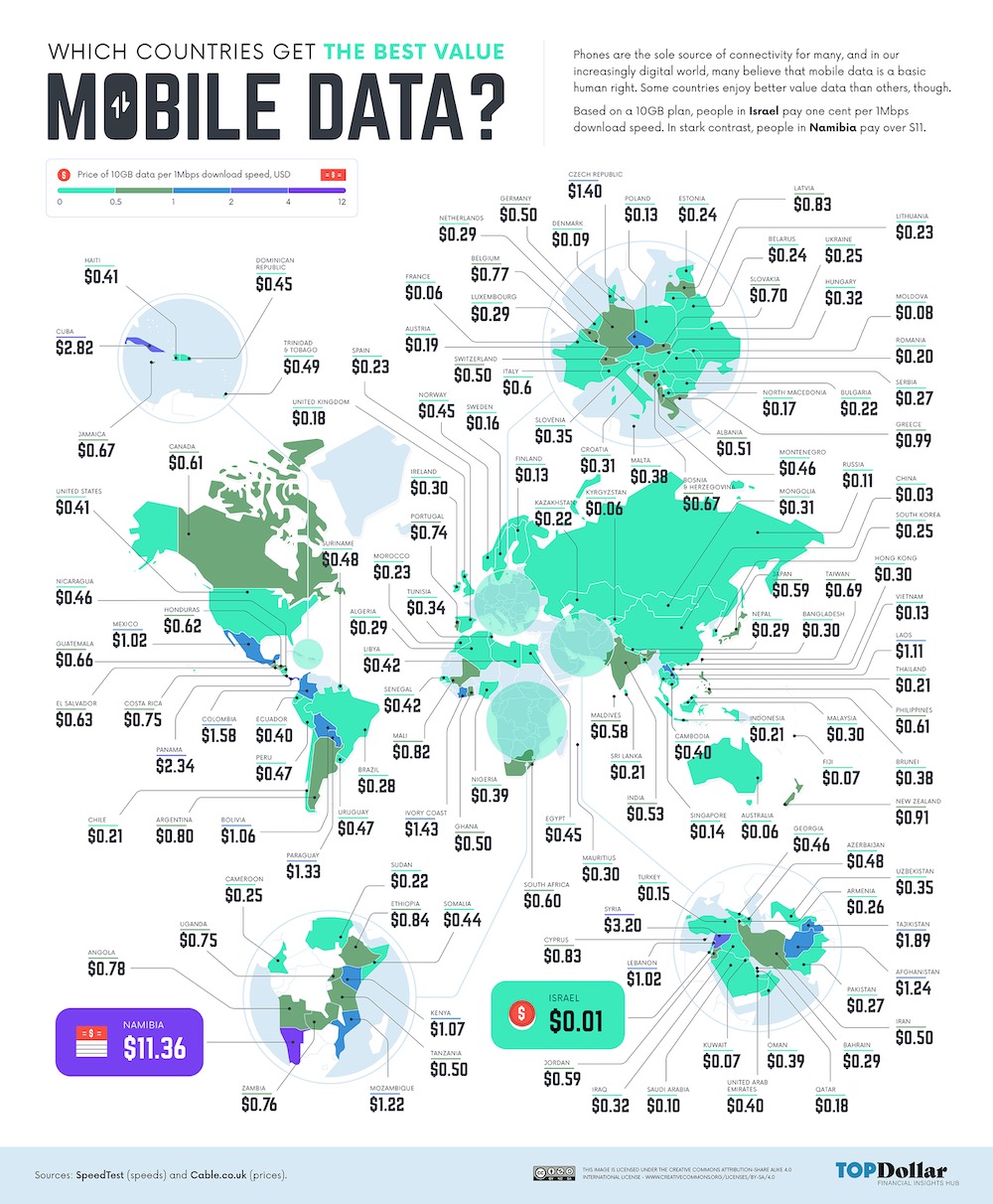 For the study, Top Dollar collated the cost and speed of mobile data in every country and compared priced to Mbps (megabits per second) to find the best value around the world along with price per 1GB compared to local income to determine where mobile data is the most affordable.

During the COVID pandemic, having access to data has allowed us to stay in touch and to work and learn from home. 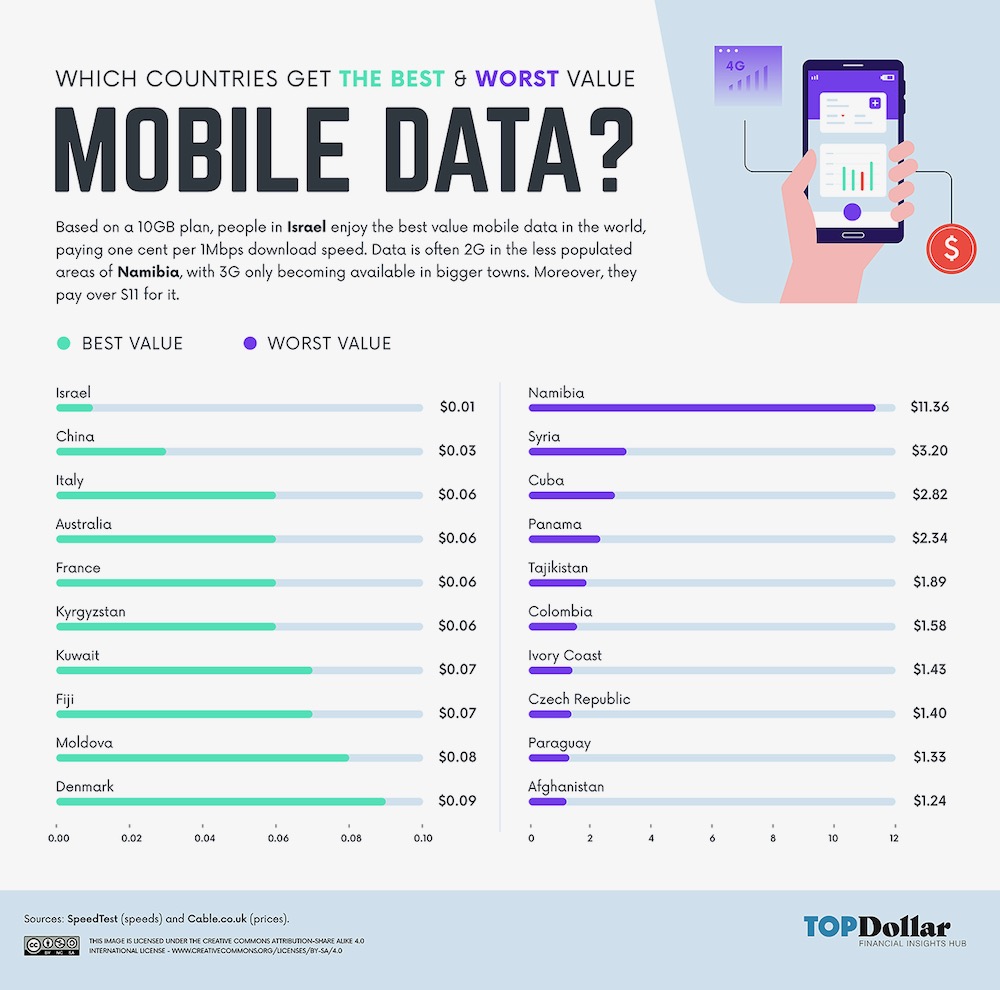 But what’s the point in having data without the speed?

But the next study should shatter those speeds with the introduction of 5G which is capable of delivering speeds of more than 1Gbps.

So which country has the best value data and where does Australia figure in those rankings? 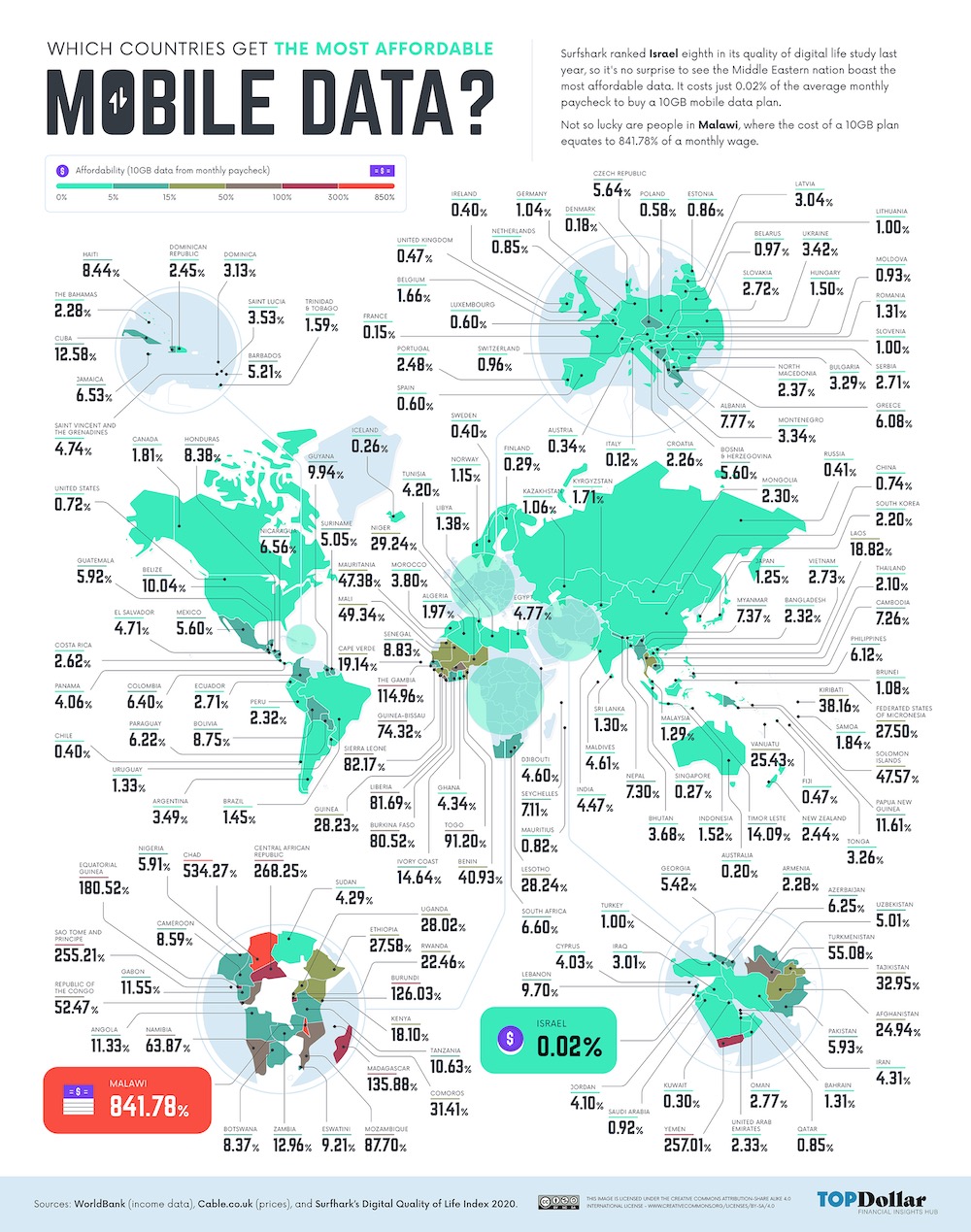 Israel was found to have the best value mobile data in the world with $US0.01 per 1Mbps download speed on a 10GB plan.

China came in second with $US0.03 followed by a group of countries at $US0.06 including Australia, Italy, France and Kyrgyzstan. 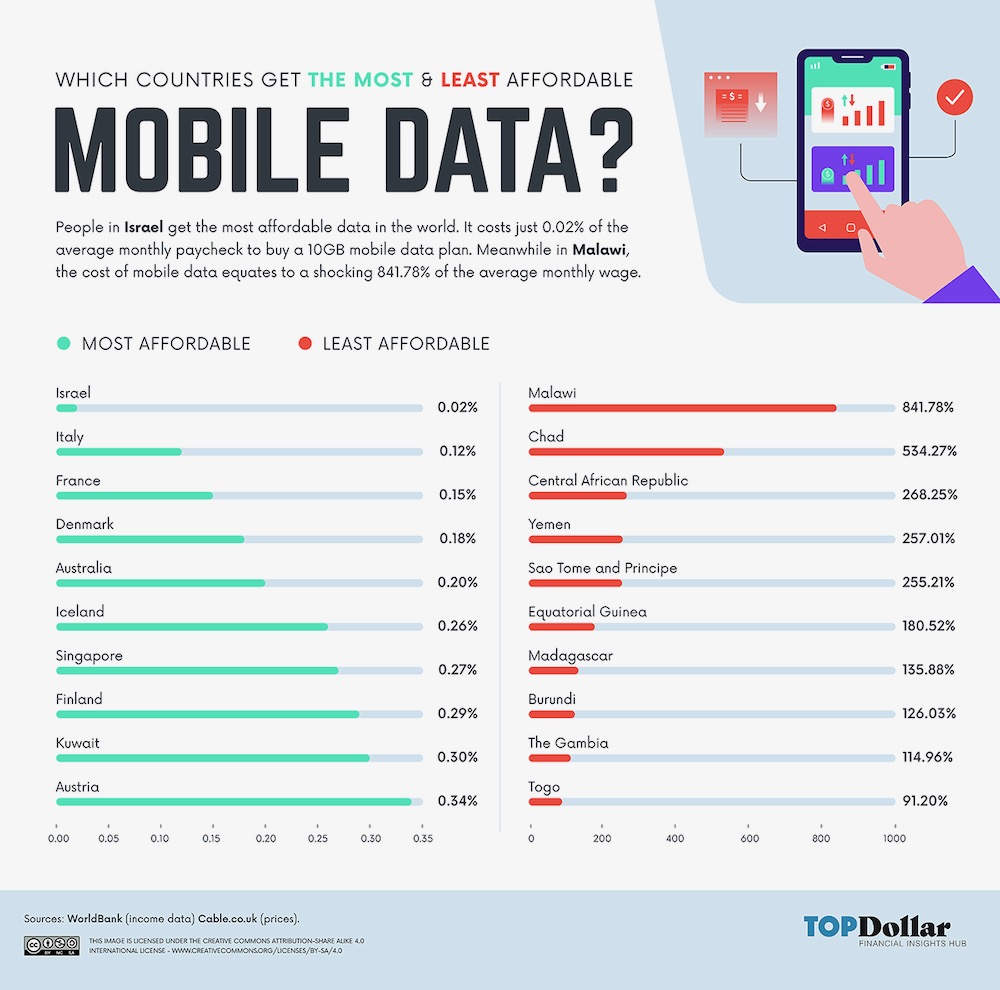 In Israel, it costs just 0.02 per cent of the average monthly income to buy a 10GB mobile plan.

In Australia, a 20GB plan costs 0.2 per cent of our average monthly income.

The US ranks 67th for value $US0.41 for 10GB data per 1Mbps download speed but 20th for affordability with 0.72 per cent of the average monthly pay check to pay for a 20GB data plan.

Namibia had the worst value because of its slow network speeds against a high cost of data.

Nine out of 10 of the most affordable countries have an average annual income of more than $US30,000,.

Meanwhile eight out of the 10 least affordable plans are in countries where salaries are measured in hundreds of dollars not thousands.

Google expands Nest family with new cameras and a doorbell