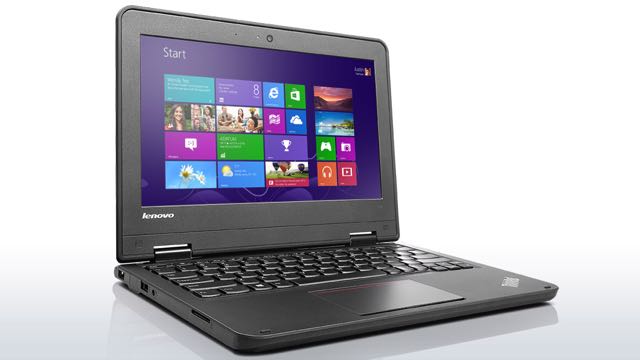 Lenovo, the world’s number one PC brand, has released the latest ThinkPad 11e series laptop that’s been specially designed for school students and educators in Australia and New Zealand.

The device is available as a traditional “clamshell” laptop or in Lenovo’s YOGA multimode form which allows the ThinkPad 11e to be arranged in a number of positions for easy working and viewing.

Designed to address the needs of students from kindergarten all the way to Year 12, the ThinkPad 11e is available to run either Windows or the Google Chrome operating system.

The ThinkPad 11e has an 11.6-inch high definition 10-point multi-touch display. It is 2.3cm thick and weighs less than 1.5kg with Intel’s 5th generation Core M processor under the hood.

This makes it ideal to be used in the move as a student moves from class to class and has fast boot up times so its ready to get to work in seconds.

And it has also been designed with the strength to handle the rugged conditions of daily classroom life.

For an even more hands-on experience, the ThinkPad 11e will also be available with a Wacom Active Pen to allow students and teachers to write directly on the screen as accurately as if they were writing on paper.

Lenovo has also pre-loaded with learning software like WRITEit and REACHit which have been designed to improve collaboration and productivity for both teachers and educators.

The ThinkPad 11e series will start from $599 and go up to $1,399 for the premium Intel Core M performance and the Wacom Active Pen.

Lenovo reveals multimedia laptops ahead of Tech World in Beijing