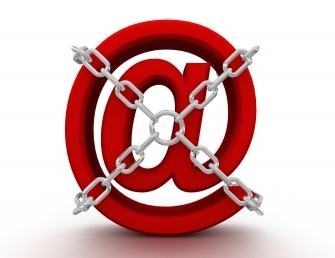 Online privacy is a sensitive area at the best of times but new research shows our behaviours don’t reflect our beliefs – we say one thing and do another.

The research shows that Australians are among the least likely to exchange privacy for online convenience.

* Australia/NZ ranked 11th out of 15 countries in the EMC Privacy Index, which measures our willingness to trade privacy for greater convenience online

More than 15,000 people from 15 countries were polled for the EMC Privacy Index with 91 per cent saying they see the value in easier access to online information.

Yet only 27 per cent said they were willing to trade any of their privacy for greater convenience online.

Only 41 per cent believe their government is protecting their privacy while 81 per cent expecting privacy to erode in the coming years.

And 51 per cent said they felt they had less privacy from only a year ago.

It seems the main problem is that people want the benefits of technology and online information without giving up any of their privacy.

We Want it All Paradox: Consumers say they want all conveniences and benefits of digital technology, yet say they are unwilling to trade privacy to get them

Take No Action Paradox: Although privacy risks directly impact many consumers, most say they take virtually no special action to protect their privacy – instead placing the onus on those handling their information such as government and businesses

Social Sharing Paradox: Users of social media sites claim they value privacy but freely share large quantities of personal data even though they lack confidence and trust in those companies to protect that information.

And people behave differently depending on their type of online activity with six main personas emerging.

* Financial Me: interaction with banks and other financial institutions.

* Citizen Me: interaction with government institutions.

* Medical Me: interaction with doctors, medical institutions and health insurers.

* Employee Me: interaction with employment-related systems and Web sites.

* Consumer Me: interaction with online stores.

So based on this research there are several key findings with the main being people have little willingness to trade privacy for convenience.

For the We Want It All group 85 per cent value the use of digital technology to combat and prevent criminal and terrorist activity but only 54 per cent are willing to trade their own privacy for this protection.

Those on the Take No Action group 62 per cent don’t change their passwords regularly and four out of 10 don’t adjust their social media privacy settings.

And 39 per cent don’t use password protection on their mobile devices.

People who fall into the Social Sharing group believe their privacy will be more difficult to maintain in the next five years.

The study also found that customers are more likely to engage in more online activities with companies and institutions that can demonstrate greater privacy protection.

This presents huge opportunities for businesses that are looking to attract and retain customers in the future.