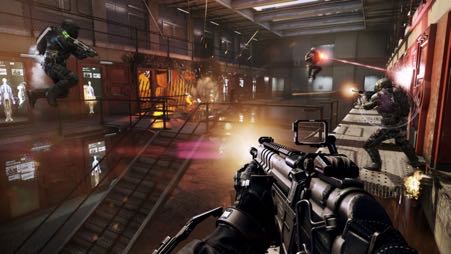 eSports has started to become a phenomenon for spectators in recent years,  meaning it has come a long way from the first video game competition that took place at Stanford University involving the game Spacewar!

Here only a select number of schools were hand-picked to attend. Now, in the modern day, many people can stream and watch eSport competitions from the comfort of their own home. This has grown at a rate that was not predicted by anyone. For example, Twitch has approximately five million viewers who spend just short of two hours watching eSports every day. This viewership is higher than that of some major cable channels.

What are the most popular online shooters when it comes to eSports?

There are many different categories of games that make up eSports, with these mainly being MOBA’s or a Multiplayer Online Battle Area, RTS or Real Time Strategy, Sports games such as FIFA and finally online shooter games.

Today we’re going to look at some of the popular shooting games and the tournaments; at some of these the prize money at some events exceeds a whopping $1 million dollars. By far the most prominent online shooting game by prize money and popularity when it comes to E-Sports is Counter-Strike: Global Offensive, developed by Valve. The game involves teams of five, and features a variety of different game modes such as attack and defence team death-matchs and capture the flag. While it is also streamed over platforms such as TBS, Twitch and YouTube.

There are leagues for different regions around the world with the prize pool for the last cup, the Challenger Cup, being $125,000 and watched by 45,000 people at its peak

Another popular online shooting game, which is probably one of the most recognisable franchises in the gaming industry is that of Call of Duty. The first in the series of these games was launched all the way back in 2003. However, it still remains, to this day, as dominant in the eSports scene.

With the Call of Duty world league being held in cities such as London in huge arenas allowing spectators to come and see their favourite teams. Other notable games that have been involved in the eSports scene include Halo, Battlefield, Quake, Overwatch and many more.

They can earn money both through donations from fans and adverts. Alongside this many websites have now been set up to allow fans of eSports to bet on their favourite teams in the same way they would with real-life sports such as football, basketball and ice hockey. The world of eSports continues to excel.

The Main Differences Between the Top Cryptocurrencies

The latest developments in kitchen tech