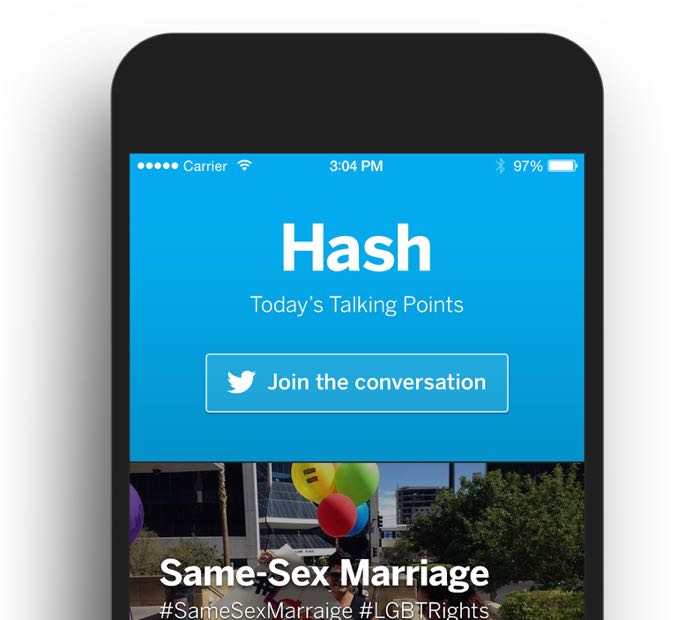 How can a non-Twitter user see what’s trending on Twitter? A new app and desktop platform has just been launched that allows users to do just that.

Developed in Australia, Hash makes it easy to catch up on the day’s big stories by aggregating the most popular tweets and trending topics.

Now anyone, even those who don’t have a Twitter account, can browse the results using Hash in a fluid and simple user interface.

For some people it’s too hard to navigate the raging river of tweets to find the stories that matter to them.

But with Hash, the biggest stories on Twitter are now arranged with large images to make it easy to choose what you they want to catch up on.

And once the selection has been made, the tweets collected for each story are from verified accounts like news organisations, respected journalists and celebrities.

Hash is the work of Brisbane design and development studio Josephmark and was created in collaboration with Stephen Phillips from We Are Hunted – the platform Twitter acquired to build Twitter Music.

Hash co-founder Jess Huddart says the app was designed with the goal to make it easy enough for your Mum to use.

“Lots of people (myself included) don’t have the time to use Twitter, but know that awesome content’s there for the taking,” she said.

“We wanted to design a platform that allowed anyone – even non Twitter-users – to unlock those daily highlights, and catch up on what’s been happening as quickly and accessibly as possible.”

Hash is available on iOS now with Android to follow soon. It can also be viewed on a browser at thehash.today.

Telstra activates 4GX – an even faster and wider 4G network