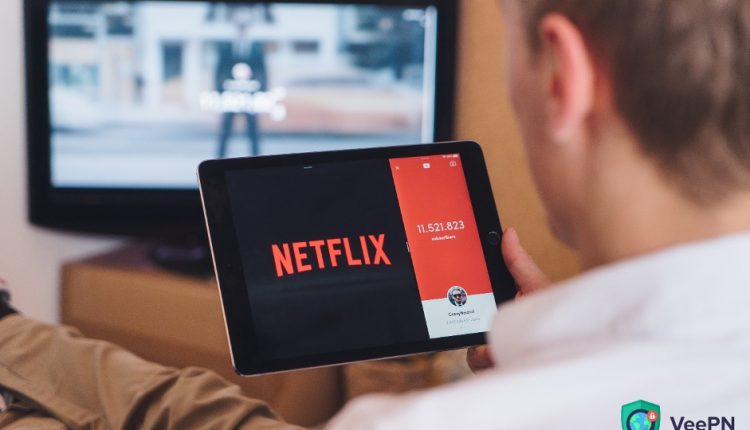 4 Netflix Errors That Can Be Solved in a Few Clicks

If Netflix is not opening, then the first step is to check how the service itself works. Since the most popular Netflix problems arise due to technical failures on the side of Netflix servers, as a rule, you need to wait for a little while the support fixes everything.

However, on the user’s side, too, all sorts of problems occur, which you have to deal with yourself. If you use Netflix often, then it does not hurt to know the error codes for Netflix.

And let’s start by recalling: Netflix’s error code does not always show. Therefore, if the service once again failed, but does not show any error code, it makes sense to turn to the standard methods of fixing the problem. Below we have written how to do this. Also, in the article, we will talk about how to unblock Netflix.

Netflix may not work in certain countries. If you have not noticed the errors described above, you may need a VPN that unblocks Netflix. VPNs are becoming more and more popular these days due to their ability to bypass strict geo-blocks on streaming sites like Netflix. Unfortunately, not all sites provide quality services.

We recommend paying attention to VeePN, which is the leader among all similar services. The first thing to do is go to the official website and download the program. After downloading, you have a function called – trial, with which you can test the application. After completing the free version, you will be able to purchase the program.

VeePN can wade through Netflix’s complex firewalls. VeePN regularly updates its servers, increasing both the number available and the speed. VPN can also unblock Netflix on all your devices so that you can connect to the server simultaneously on multiple devices. Their high speed ensures you don’t have to put up with buffering, and their support team will answer your questions within minutes.

If you could not correct the error after completing all the actions, you must contact the support service.

This code is also accompanied by the message “Netflix has encountered an error. Retrying in… seconds” indicates problems with the Internet connection. By the way, almost all Netflix NW errors indicate connection problems. Hence:

After completing all the steps, you can watch any show. If the error remains faulty, then feel free to contact support.

This error is generated by the Android version of the Netflix mobile app, and most often, it occurs directly while watching a video. The problem is resolved by simply rebooting your smartphone or tablet. If, after restarting, Error 12001 appears again, then it is time to clear the application cache or reconnect to Netflix using a different channel.

You can quickly clear the cache of the Netflix app on Android as follows. But do not forget that after that, all previously loaded data, including movies, will be deleted from the application memory:

As for reconnecting to Netflix on a different channel, this measure is required in various cases. For example, when you connect to a service from a region where it does not officially work.

Or the smartphone automatically reconnected via a public WiFi network. As a reminder, according to Netflix rules, you cannot connect via Public WiFi, WiFi networks of educational institutions.

These two errors point to the same problems discussed in the previous paragraphs, only they occur in the iOS version of the Netflix mobile application. Therefore, first, you need to check the quality of the iPhone or iPad connection to the Internet and, if necessary, fix the identified problems. If everything is fine with the connection, but the application still gives Error 1011 or Error 1012, you also need to clear the cache. For this:

As we noted at the very beginning of this article, Netflix does not always show error codes. Therefore, when the service is buggy but does not show any of the above codes, then we apply the standard methods of fixing the problem:

Australians were cheated out of a staggering $176.1m by scammers in 2020

Ways to Find the Best Equipment and Parts Provider