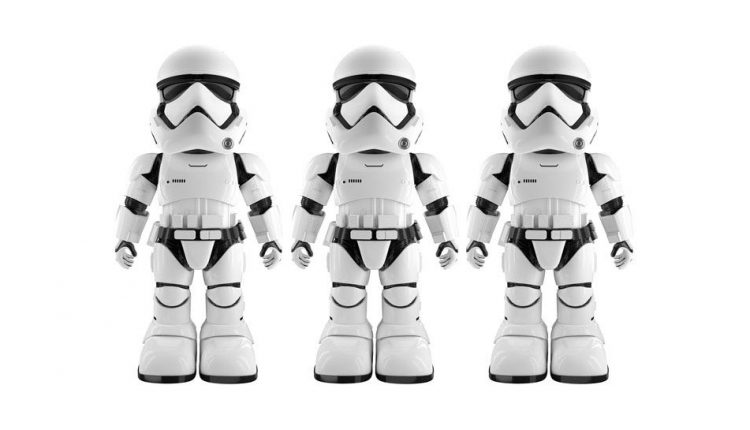 Ever dreamed of having your own Stormtrooper? Dream no more – UBTech has released the First Order Stormtrooper Robot that is loaded with features and artificial intelligence.

The robot is about 25cm tall and is like a caricature version of the First Order Stormtroopers from the latest Star Wars films with a larger head and feet.

There is plenty of detailing on the armour and it looks to be precisely movie accurate.

The eyes are actually cameras and it can recognise faces and customise interactions.

Users can also issue voice commands to the First Order Stormtrooper Robot and enjoy a first and third person augmented reality experiences through the app.

In Sentry Mode, the robot will also stand guard and patrol a designated area of your home and also protect and inspect the area with its first-person camera view.

We took a look at the First Order Stormtrooper Robot at the Consumer Electronics Show and was impressed by how intelligent it was. 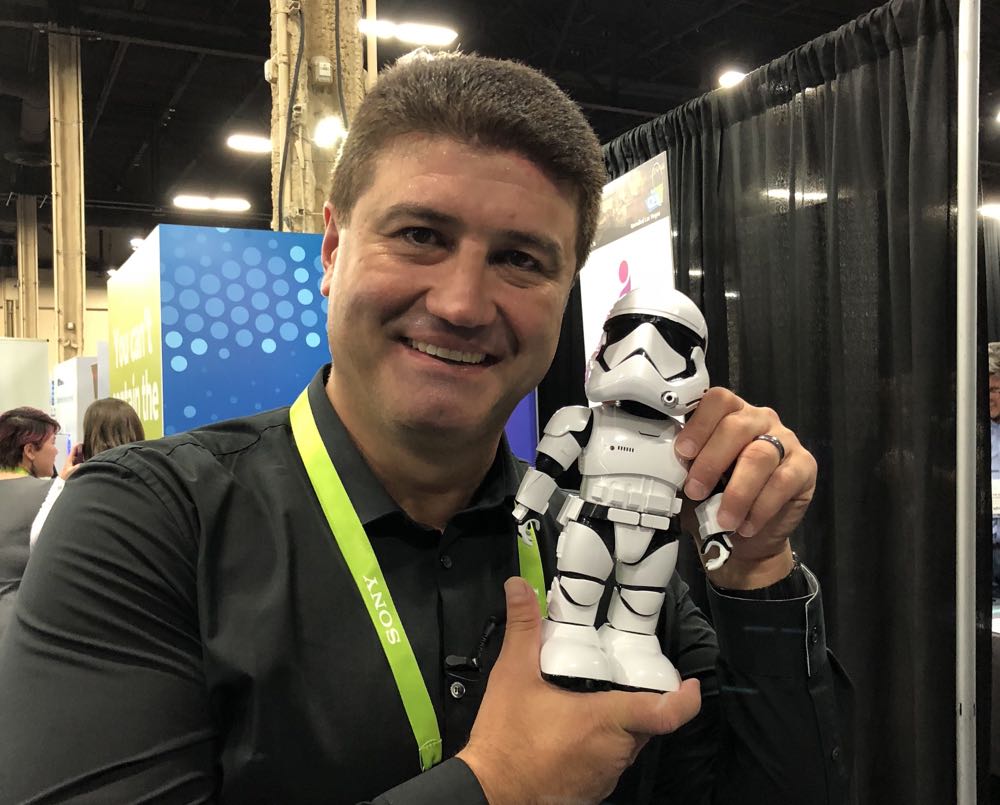 Through the app you can also get it to complete missions and interact with people.

When I saw it at CES I put my hand out and it reached out and shook my hand.

The First Order Stormtrooper Robot from UBTech is available now and is priced at $499.